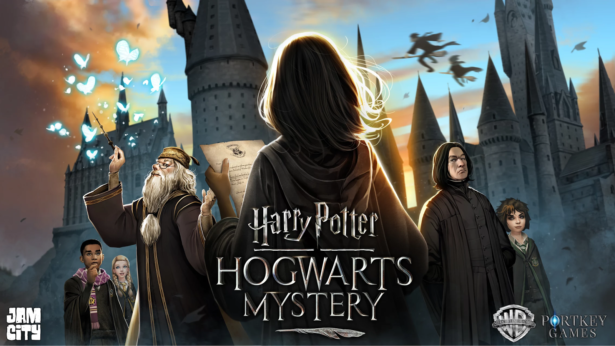 To make you even more excited for Harry Potter: Hogwarts Mystery, Jam City has announced that actors from the Harry Potter film franchise, including Dame Maggie Smith, Michael Gambon, and more will be providing voiceover work for the upcoming game!

Getting the actors to voice their in-game characters really helps make Harry Potter: Hogwarts Mystery feel authentic. With the 25 April 2018, global launch date coming near, I can’t wait to play it. You can even pick a pet! I hope we get a console version soon.

Harry Potter: Hogwarts Mystery is the first mobile game where players can create their own character and experience life as a Hogwarts student. In the narrative adventure with RPG elements, players will create a personalized student avatar, attend classes, learn magical skills, and form friendships or rivalries with other students. In the game, players make pivotal decisions that influence their character’s story arc at Hogwarts. The game features a new encounter system where player decisions and actions impact their quests, allowing Harry Potter fans to create their own legacy as a witch or wizard.

“If I could attend Hogwarts as a student, I would be most excited to attend the potions class taught by Severus because it is the most exotic,” said Dame Maggie Smith (voice of Professor McGonagall).

“Our goal with Harry Potter: Hogwarts Mystery is to make players really feel for the first time like they’re attending Hogwarts,” said Chris DeWolfe, co-founder, and CEO of Jam City. “By including these iconic and incredibly talented actors in the game, we come one step closer to truly giving fans their own Hogwarts experience.”

Jam City is a Los Angeles based mobile games studio behind Harry Potter: Hogwarts Mystery. The studio has partnered up with Warner Bros. Interactive Entertainment for the upcoming iOS and Android game.

Are you excited about Harry Potter: Hogwarts Mystery? Let us know.