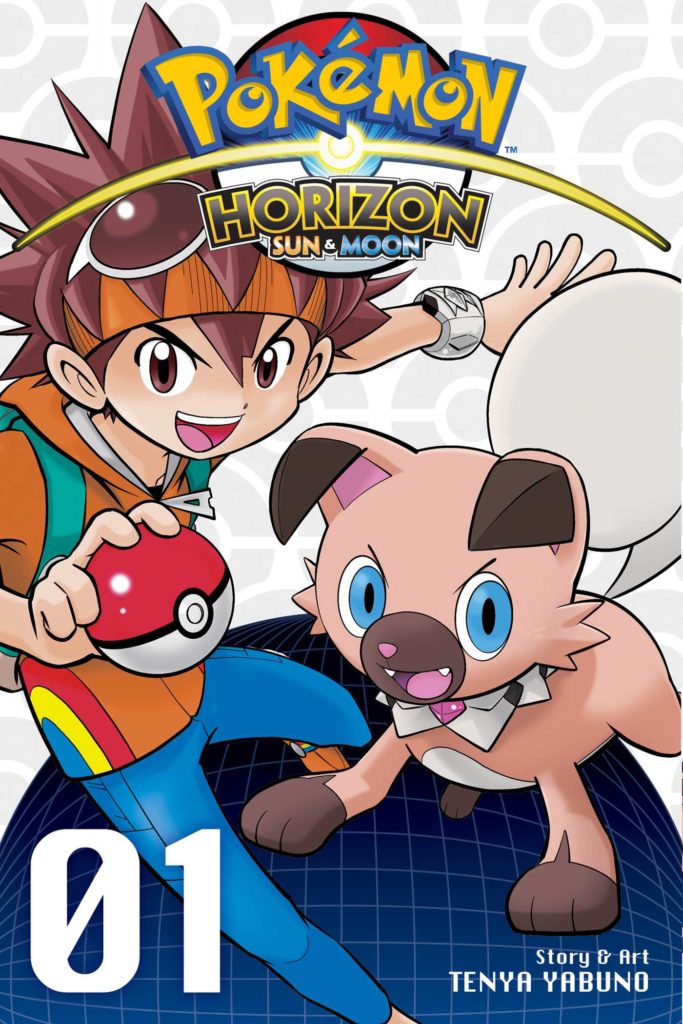 VIZ Media has some exciting content for Pokémon fans out there. Get ready for a new manga series, Pokémon Horizon: Sun and Moon, on July 10, 2018, and while you wait, you can enjoy the DVD release of the Pokémon Advanced Battle Complete Collection! Gotta catch ’em all!

Let’s talk about Pokémon Horizon: Sun and Moon first. The manga series features story and artwork by Tenya Yabuno. It is rated ‘A’ for All Ages and will be available in print for $9.99 U.S./$12.99 CAN MSRP on July 10, 2018. The two-part series’ final volume will be published in November.

In POKÉMON HORIZON: SUN AND MOON, Akira’s summer vacation in the Alola region heats up when he befriends a Rockruff with a mysterious gemstone. Together, Akira hopes they can achieve his newfound dream of becoming a Pokémon Trainer and master the amazing Z-Move. But first, Akira needs to pass a test to earn a Trainer Passport. This becomes more difficult when Rockruff gets kidnapped! And then Team Kings shows up with—you guessed it—evil plans for world domination!

Other works by Tenya Yabuno include his debut one-shot manga story Jonetsu no Clipper as well as Inazuma Eleven for CoroCoro Comics, which led to him receiving the 34th Kodansha Manga Award and 57th Shogakukan Manga Award.

In home entertainment releases, VIZ Media has released the Pokémon Advanced Battle Complete Collection exclusively on DVD. The six-DVD set will feature 52 episodes from the eighth season of the anime and is currently available for $54.97 USD/$63.99 CAN MSRP. The episodes are presented with English dubbed as well as English SDH subtitled dialogue options.

In the POKÉMON ADVANCED BATTLE COMPLETE COLLECTION, Ash earns his final two Gym badges and secures himself a spot in the Hoenn League Championships, while May almost misses her chance to win her final contest ribbon. But she’s victorious, and the stage is set for epic showdowns with both of her rivals in the Grand Festival! Ash meets two Trainers who become his own Hoenn rivals and faces off against both of them during the course of the tournament. Upon returning to Kanto and reuniting with old friends, Ash is recruited for a new challenge—the Battle Frontier!

Are you a fan of Pokémon anime and manga? Let us know.