VIZ Media September Releases: Get Your Pokemon On 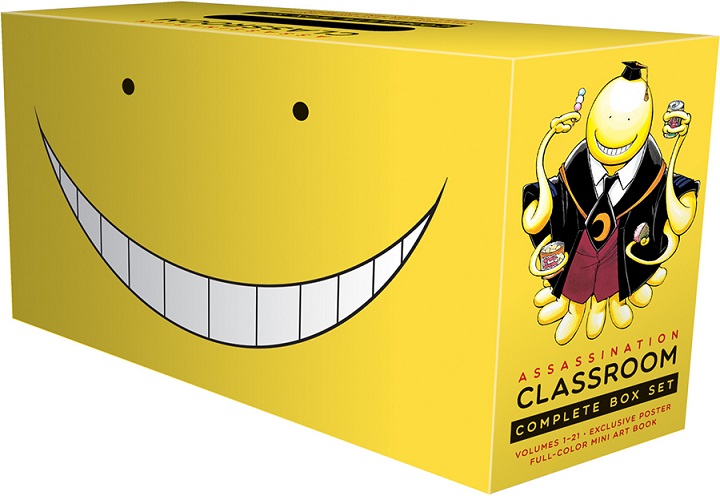 September releases from anime and manga behemoth VIZ Media include a box set of Assassination Classroom, a four-movie collection of Pokemon films, and some spectacular debuts like Cats of the Louvre and The Way of the Househusband!

Along with the Assassination Classroom box set, VIZ’s September publishing releases include VIZ Signature debuts Cats of the Louvre, No Gun Life, The Way of the Househusband, and Levius. Home media releases include the Pokemon: Black & White Movie Collection – which has four feature films – and the Blu-ray of Infini-T Force. 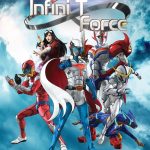 When an interdimensional attack plunges the defiant, thrill-seeking teen Emi into a city-wide assault, a band of mysterious heroes from lost worlds appears to save her. But it seems both heroes and villains have their sights on The Case, a magical object with transmutational powers, currently in Emi’s possession! Only the combined strength of Gatchaman, Casshan, Polimar and Tekkaman could be enough to stop the man known as “Z” from destroying not only Emi’s world, but countless others. 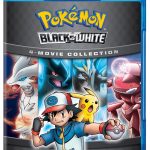 When Ash and his friends enter a battle competition in Eindoak Town, they meet the Mythical Pokémon Victini, who becomes their newest friend. But disaster strikes when the misguided wanderer Damon seizes Victini for his own plans! Can Ash prove himself a hero and earn the help of the Legendary Reshiram—or Zekrom—to rescue Victini and save Eindoak Town? Two legends…and two versions of the story! Follow them both in POKÉMON THE MOVIE: BLACK—VICTINI AND RESHIRAM and POKÉMON THE MOVIE: WHITE—VICTINI AND ZEKROM! It’s twice the Pokémon adventure!

POKÉMON THE MOVIE: KYUREM VS. THE SWORD OF JUSTICE

Ash and Pikachu, along with their friends Iris and Cilan, are on a train headed to the next stop on their journey. From the train, Ash spots an injured Pokémon they don’t recognize. They’re planning a rescue when the train is attacked by the Legendary Kyurem! The Mythical Pokémon Keldeo is on a mission, to rescue its friends—Cobalion, Terrakion, and Virizion, the Legendary Pokémon known as the Swords of Justice—from Kyurem’s icy clutches. But Kyurem has other ideas, and when it transforms into Black Kyurem or White Kyurem for greater power, things look grim!

POKÉMON THE MOVIE: GENESECT AND THE LEGEND AWAKENED

A vast Pokémon habitat amid the hustle and bustle of the big city seems like the perfect new home for a group of five Genesect. The arrival of these Mythical Pokémon quickly becomes a problem, though: their nest threatens the city’s power supply, and they keep attacking those who approach it. When the Genesect are joined by the Legendary Pokémon Mewtwo—who sympathizes due to its own origins—things only become worse, and the confrontation quickly rages out of control. Can Ash and friends stop these two powerful Pokémon before they destroy the city? 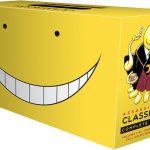 The complete bestselling Assassination Classroom series is now available in a boldly designed, value-priced box set! Includes all 21 volumes of this unique tale of a mysterious, smiley-faced, tentacled, superpowered teacher who guides a group of misfit students to find themselves—while doing their best to assassinate him. Action-packed, hilarious, and heartwarming, this title is famous for moving fans to tears through their laughter… Includes an exclusive, full-color, mini “yearbook” filled with images of favorite characters in different art styles and contexts (previously unreleased in the English editions). 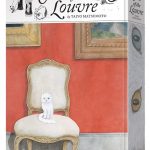 The world-renowned Louvre museum in Paris contains more than just the most famous works of art in history. At night, within its darkened galleries, an unseen and surreal world comes alive—a world witnessed only by the small family of cats that lives in the attic. Until now… 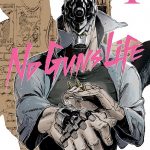 After the war, cyborg soldiers known as the Extended were discharged. Juzo Inui is one of them, a man whose body was transformed, his head replaced with a giant gun! With no memory of his previous life—or who replaced his head and why—Inui now scratches out a living in the dark streets of the city as a Resolver, taking on cases involving the Extended. 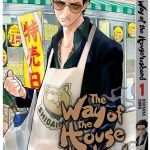 A former yakuza legend leaves it all behind to become your everyday househusband. But it’s not easy to walk away from the gangster life, and what should be mundane household tasks are anything but! 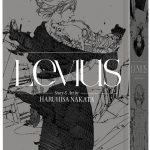 It’s the 19th century, and the world has entered the Era of Rebirth, recovering from the devastating flames of war. The sport of mechanical martial arts has galvanized the nations. Cybernetically augmented fighters turn their blood into steam and their bodies into brutal fighting—and killing—machines. Young Levius is one of those arena battlers, hell-bent on winning in order to simply survive.

Previous:Seriously, What The Heck Is Going On With Spider-Man?