Horns Review: Come for Radcliffe, Stay for the Thrill 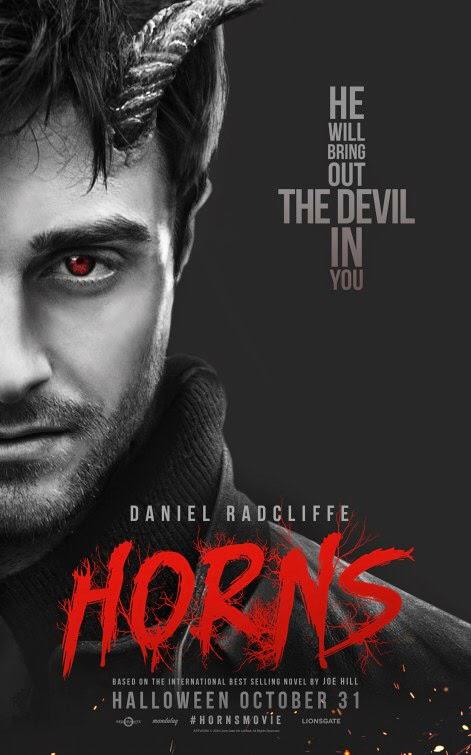 The film Horns is one of those unexpected movies that is destined to become a cult classic. This status will have little to do with the stars of the film, its almost ethereal tone, or the performance of Daniel Radcliffe. Instead, fans will be intrigued and mystified by the totally unusual storyline.

Daniel Radcliffe is the reason to see this film, but you’ll want to stay for the paranormal aspect. Indeed, Radcliffe gives one of those performances that will make you think, “Harry Potter who?” For anyone who isn’t convinced that Radcliffe can act outside of a Harry Potter film, this one will probably change your mind.

WARNING: This article contains minor spoilers for the film. It also mentions rape, so please proceed with caution. 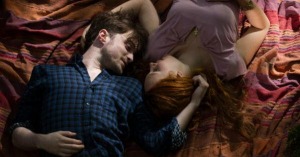 The film is based on the Joe Hill novel of the same name and opens with a haunting flashback to happier times, when Ignatius “Ig” Perrish (Radcliffe) is being seduced through dance by his girlfriend, Merrin (played lovingly by Juno Temple). We learn soon after that Merrin is now dead, and Ig is the primary suspect. Ig is doing a lousy job of convincing the townspeople that he is innocent, and all they do is see him as a psychopath, led to rape and murder by obsession and jealousy. In fact, we as the audience will not learn the entire story until the end.

Ig is charismatic enough, but throughout the film we learn that we cannot trust his memory. Regardless of whether or not he committed the crime, he feels an incredible amount of guilt about the murder. This guilt is where the paranormal aspect of the film comes in. After a night of too many drinks, he wakes up the next morning with two protrusions – literal horns – growing from his forehead. Those familiar with Biblical mythos will immediately recognize the symbolism – they are devil’s horns. 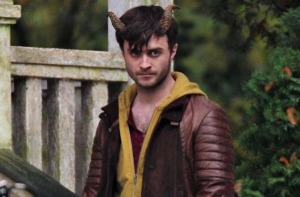 After the appearance of the horns, Ig tends to bring out the worst in people everywhere he goes. Everyone tells him their deepest, darkest secrets and desires. He sees and hears the absolute worst in people. Most of these actions and thoughts are deplorable, and at first, Ig is freaked out and a little appalled by it all. But as with all indulgences, Ig gives into the desire of wanting to know what people actually think, and he starts to enjoy it. Throughout the rest of the film, we see Ig use his new powers to his advantage as he attempts to solve the mystery of who killed Merrin.

Overall, this film is great, but it does have some flaws. The tone of the film jumps between horror thriller and dark comedy – at times it feels like it doesn’t know what genre it wants to belong to. The supporting cast did a fair job, but I wish it had a little more star power to help push more attendance at the theater. It is different – very dark and twisted – and has that paranormal element that horror and fantasy fans will enjoy. Not to mention the styling is cool as hell!