Should You Watch Hit The Floor Season 4? I Recommend You Do! 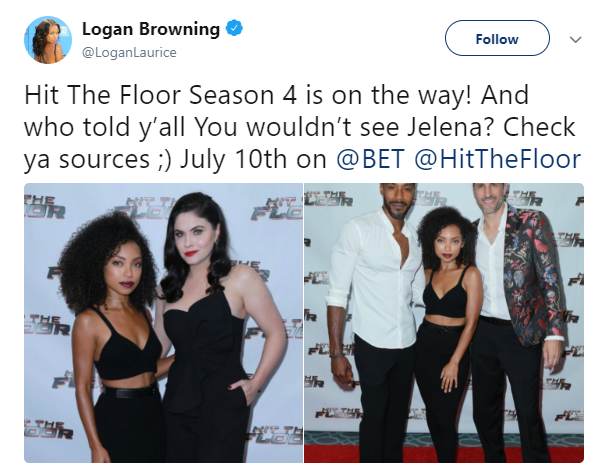 The premiere of Hit the Floor season 4 is almost here, and I can still see some parts of the fandom feeling hesitant to watch. Well, after getting the screeners for the first two episodes of HTF season 4, I recommend you at least give the premiere a try. Why? Keep on reading to know more. Of course, I won’t be sharing any spoilers.

When the future of Hit the Floor was uncertain, fans rallied together to bring it back. Everyone rejoiced when HTF season 4 was confirmed. However, disappointment began to seep in when it was revealed some cast members won’t be coming back due to prior engagements. The biggest hits were experienced by Zude and Dersha, the two major ships from the show.

Not being able to see their favorite ships again, after investing so much time in their journey, understandably led to some fans losing interest in the upcoming fourth season. Even I had my doubts when I began watching the premiere. Will the show’s fourth season still feel like Hit the Floor? The good news is, it sure does!

HTF has always been about character growth, passion, and a whole lot of unexpected twists and turns. And the first two episodes of season 4 are full of them! Also, most of the original cast is back to make you feel right at home.

I am going to answer some of the concerns certain fans have without sharing any spoilers.

Logan Browning as Jelena is everything and yes, she is back for the fourth season. I love every new scene she’s in. With the story picking up a year (and I think a couple of months) later, Jelena has grown into an even better female character. She’s exhibiting growth that feels natural for the type of character James LaRosa has created and we have followed since the first season.

What about Zude and Dersha?

Answering this is a bit tough. I’m a huge Zude fan so I can understand how disappointing it feels not being able to see Zero and Jude progress together. However, after watching the first two episodes I ended up not feeling bad at all. Kudos to James LaRosa for making me interested in what Jude will face in the fourth season. The same goes for Derek. James doesn’t waste any time. He addresses the issue in a suitable manner and moves on with the story.

Are the new characters interesting?

The new characters are so much fun, at least judging from what I have seen. I became a fan of Eve the moment she appeared onscreen. Leave it to James to introduce such a character.

London is also an interesting addition who is dealing with some personal issues. Jamie is a young dancer wanting to make it big. Both female characters bring something new to the show and seeing them interact with the established cast is very enjoyable.

I’m not sure what to think of Pax yet. The same goes for Noah. But they are played by very likable actors.

If you saw the master trailer for HTF season 4, you can tell moving to BET has not diluted the show’s queer content. Also, if you have followed my content on this website, you would know I take queer representation VERY seriously. I don’t take kindly to fan exploitation and queerbaiting.

As far as HTF season 4 and moving to BET is concerned, James made it queer as heck right from the premiere. I WAS NOT READY!

So, yeah, do consider giving the Hit the Floor season 4 premiere a chance on BET on July 10, 2018, at 10 p.m. ET. All of your questions will be answered immediately, and James introduces so much awesomeness that you (like me) will end up waiting excitedly for the next episode!

Check out my previous Hit the Floor coverage.