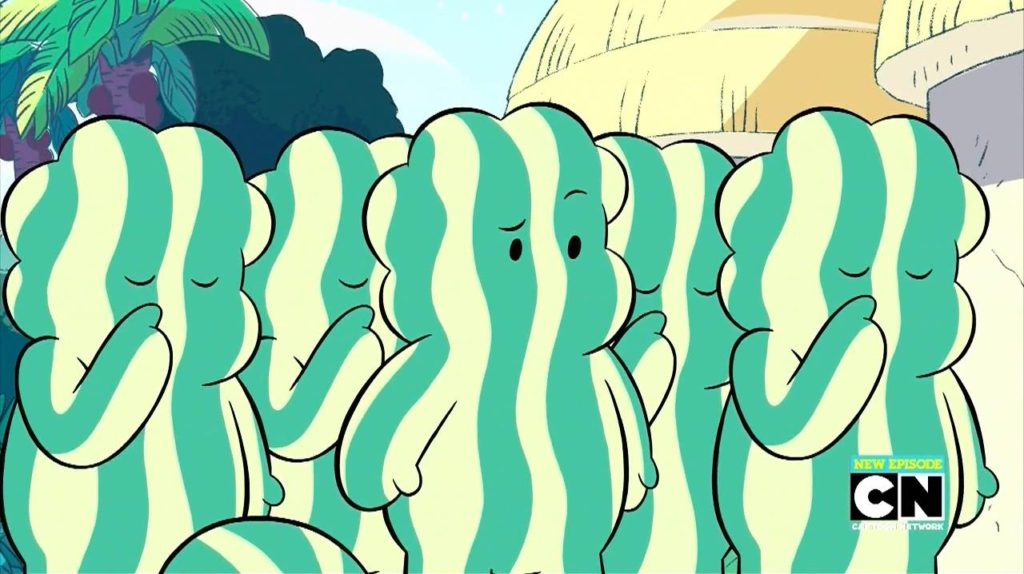 In Too Deep has landed with a doozy of a two-part episode and the Steven Universe fandom is screaming as loud as Alexandrite did. (And possibly breathing fire. Our hearts go out to any melted keyboards).

Members of the voice cast lit up Twitter last night with the liveblog hashtag #SUReturns. Keep the hype alive throughout the next three weeks by tweeting #InTooDeep and #StevenUniverse!

Here’s what’s on the our minds:

Need more? Check out our in depth recap, analysis, and theories associated with the first two episodes of In Too Deep: Super Watermelon Island and Gem Drill.

For funsies, take this strawpoll to vote on what your favorite episode was!

Previous:Supergirl Gets a Second Season but Moves to The CW
Next: New York Geeky: Waypoint Tavern – A Place for Geeks to Call Their Own