Supergirl Gets a Second Season but Moves to The CW 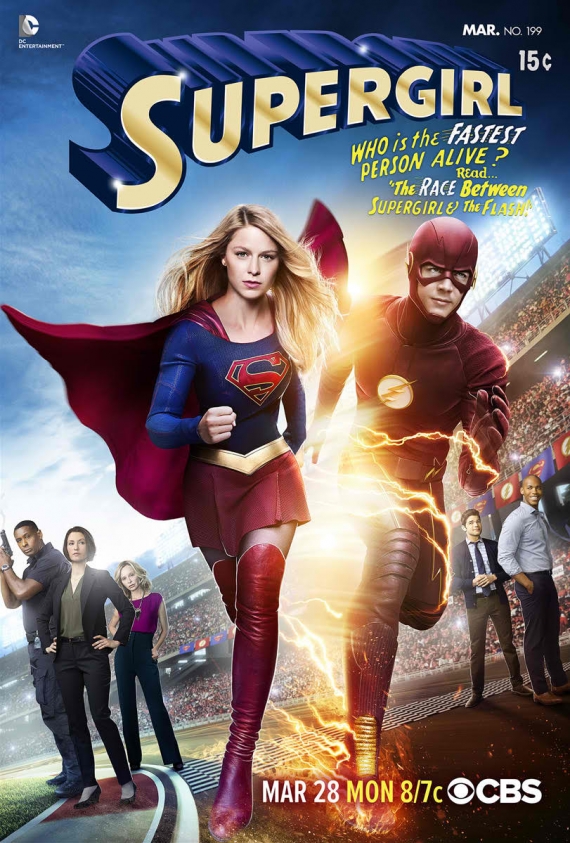 While Supergirl will get to fly high and beat bad guys for another year, the DC-based TV series has changed networks for the upcoming second season. As long as fans keep getting more episodes about Superman’s cousin it is all good!

According to Variety, Supergirl has been renewed for a second season. The only change is that the upcoming season will air on The CW rather than CBS.

The show, based on a popular DC character, was greenlit for the network’s 2015-2016 slate when Nina Tassler (former chief of CBS) was looking for a project involving a female superhero. Supergirl debuted on CBS back in 2015 and averaged a 2.5 rating in the 18-49 demographic and 10.03 million viewers overall according to Nielsen’s “Live plus-7” estimates.

From the very beginning there were rumors that even though the Greg Berlanti-produced project was being developed at CBS, it would debut on The CW (CBS’s sister network). It seems those rumors have finally come true.

I’m happy about the move. Not only will fans get a second season of Supergirl, but this also opens doors for more cross-overs with other DC superhero TV shows airing on The CW. Back on March 28, 2016, The Flash had a cross-over with Supergirl in ‘Worlds Finest‘, and while it was established that she lived in another dimension, future meetings between the two can be easier to work out now.

Supergirl aired the first season’s finale on April 18, 2016. The episode, titled ‘Better Angels’, was able to garner 6.11 million U.S viewers. If you haven’t started watching the show I implore that you give it a try. Who knows, you might end up liking it.

What do you think about CBS moving Supergirl to The CW? Will the shift work in the show’s favor? Let us know your thoughts!

Previous:Supernatural 11×21 Review: All in the Family
Next: Steven Universe Fandom Is Out of Its Depth (In Too Deep Week 1 Recap)