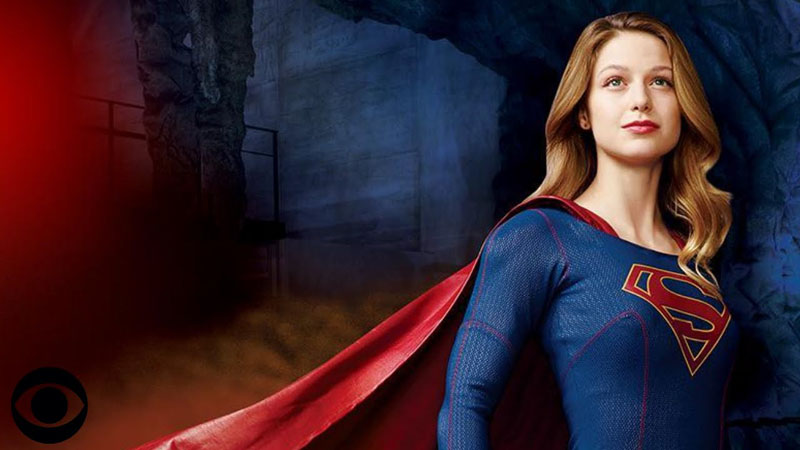 CBS recently announced renewals for 11 series. Fans of freshman superhero drama Supergirl, however, still have to wait for news. The indicators are positive—CBS earlier said it was planning to renew all 5 of its new series.

While fans wait anxiously for the network presentation at up-fronts, when we’ll likely know, here are a few reasons why many viewers–and the TV landscape–needs more Supergirl.

While a number of genre shows have multiple strong female characters, many of them are centered around a male character as the lead. There are genre ensemble shows with an excellent gender balance, where no one character is the clear main focal point. However, there are far more shows where a male character is the center cog, and strong women are part of the cast but not the main hero. This is especially true in the realm of superhero shows. While the slate of the CW’s shows based in the DC universe has multiple female heroes, The Flash and Arrow have a male hero as the titular characters (and Arrow just dropped its number of female superheroes by one). Legends of Tomorrow, an ensemble, still seems slanted to center on the male characters. TV needs more shows that are about a female superhero as the focal point. Supergirl is the first major TV series featuring a female superhero in decades. Marvel’s Jessica Jones on Netflix and Supergirl both debuted in the Fall of 2015. Wynonna Earp (based off an IDW comic) arrived on the SyFy Channel in April 2016. I can literally count on one hand the number of female-led superhero series on TV right now. We need more seasons of Supergirl and more female-led superhero shows. (Also note, Jessica Jones, thankfully, is already renewed for season 2, but Wynonna Earp isn’t yet). 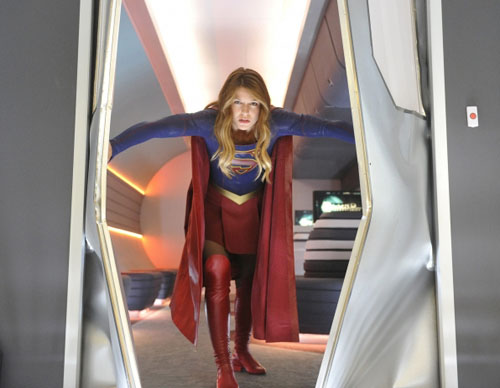 Supergirl’s blend of emotion-driven storytelling and impressive action clicks. It’s proof of how these things aren’t mutually exclusive—nor is enjoyment of it from audiences, male or female. Kara Danvers, a.k.a. Kara Zor-El, appealingly played by Melissa Benoist, who has the ability to do humor and make us cry when she cries, is the more extensive definition of the word badass. Supergirl not only bounces bullets off her chest, throws a super-powered android, or lifts a jet plane, she talks down a gunman even when she’s terrified, has lost her strength, and her hand is shaking. The flying sequences are spectacular, the fight scenes don’t pull their punches. There are multiple compelling relationships on the show that get explored in depth, be it parental, sibling, friendship, adoptive family, grudging allies, or romance. The show addresses the burdens and anguish of having to be the savior, while also keeping its sense of wonder. Neither the emotion nor the action overshadows the other. There are darker themes to go with the show’s humor and charm. That’s a difficult balance to achieve in a genre that often can go too goofy or too grimdark.

Especially notable is how strong the relationships between the women on the show are, starting with Kara’s bond with her adoptive sister Alex, portrayed by Chyler Leigh. Alex is another fleshed-out badass who might be even tougher than her Kryptonian sister, and does it without any superpowers. The siblings complement each other nicely—Kara is earnest, a bit socially awkward, and insecure, while Alex is self-disciplined, reserved as well as emotional, highly trained, and wary. We get flashbacks to their childhood, and the show explores how it feels for Kara being the adopted “weird” child and for Alex being the “good daughter” who has to be the responsible “normal” one. Their relationship as adults helps them understand who they were growing up and who they are now. Watching these two siblings born of different worlds support each other, save each other, and work together to save others has been one of my favorite things about Supergirl and the 2015-2016 TV season. Lucy Lane (Jenna Dewan Tatum)–yes, that Lane, Lois’ little sister–gets introduced into the mythos as well. She goes from being somewhat stuck in the “romantic rival” role to emerging as another complex female character. She lands in a leadership position, and her relationships with Kara and Alex gets development. The relationship between Kara and her boss, Cat Grant, also is a stand-out (see next paragraph). 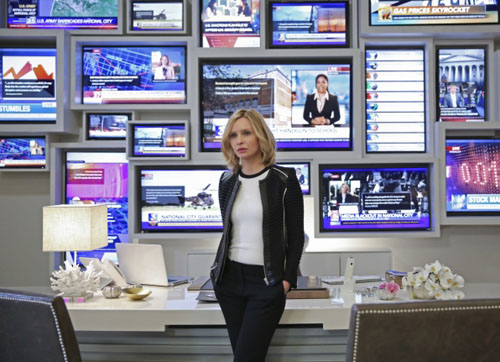 Along with Kara herself, the ensemble has a wide range of compelling characters, but J’onn J’onzz and Cat Grant deserve particular mention. One of the best surprises I’ve had as a DC fan in a long while was the reveal of Hank Henshaw as the Martian Manhunter. David Harewood brings the gravitas, compassion, anger, and immense sadness that has made this character so beloved. The discovered family that forms between J’onn, Alex, and Kara is believable and poignant. There’s also Cat Grant, portrayed with style by Calista Flockhart, who was another surprise to me. My expectations were she would play to type as a fashionable business mogul with withering put-downs. To some extent, she did. However this was only the surface of what has emerged as among the more complex female characters on current TV, genre or not. The friendship between Cat and her assistant Kara was also unexpected, as was the revealing of Cat’s kindness. Her perspectives on everything from the nature of heroism to the challenges women face in the workplace get delivered with both wit and vulnerability.

James Olsen and his relationship with Kara and Supergirl is also a refreshing addition to the DC television universe and a different take on an iconic character. In his own right, this iteration of James Olsen has proven intriguing. This is not the awkward wide-eyed iteration we’ve usually seen. Supergirl’s Olsen is self-confident, protective, and acts as a romantic lead. All the familiar back-story is there too—his renown as a photographer, his friendship with the Man of Steel. Supergirl indirectly sheds new light on the friendship between James and Superman, while his relationship with Kara (which starts as friendship) evolves on-screen. This James Olsen is a hero who watches over superheroes. Archetype-wise, he’s also a male version of Lois Lane, the superpowered hero’s soft spot, the smart, self-reliant journalist they fall for. But James is in on the truth about Kara’s identity very early on. He becomes part of “Team Supergirl,” subverting expectation. The fact that he’s played by Mehcad Brooks, who happens to be black, is a plus for diversity, and makes a point that “white” isn’t the only representation of the “everyperson.” And despite Brooks’ confident portrayal of Olsen, he also comes across as a regular guy who cares about people and his work.

Although ratings dropped a little after a strong start, Supergirl has a devoted audience willing to tune in and live-tweet every week, discuss episodes, make gifsets on tumblr, promote the show, latch onto favorite characters, buy merchandise, and ship many ships, both canon and otherwise. The cast, writers, and producers are active on Twitter and warmly receptive to fans. With the lack of female superhero shows, and networks more and more often looking beyond Nielsen overnight ratings to make decisions, Supergirl should prove a good investment for the network. There’s already a Supergirl digital comic book series set in the world of the TV show which starts print issues on May 11.  Springing from the pre-loaded popularity of the DC Universe, as well as bringing into the spotlight a beloved legacy character who hasn’t gotten nearly the attention she deserves, Supergirl has also built its own rich TV universe to play in. There are multiple generations of characters, parents and children, even multiple planets in play–although Krypton is gone, that world is a major part of the show, plus there’s the possibility of more flashbacks. There is ample space here for the show to explore and expand, both its own mythology and bringing in elements from the DC Comics. The show also appeals to a wide rage of ages, to both men and women, and has something for long-time DC Comics fans and for viewers discovering this part of the DC Universe for the first time. 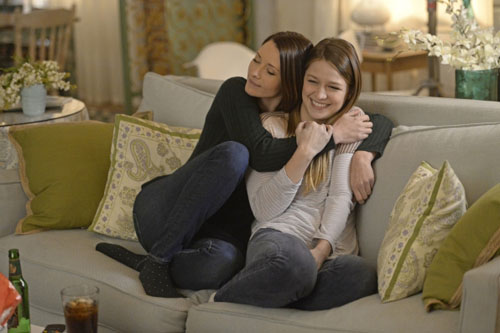 Supergirl debuted Mondays on CBS in the 8 pm EST time slot. Want to add any thoughts why you want Supergirl renewed, or have something you’re hoping to see next season? Feel free to speak out in the comments.