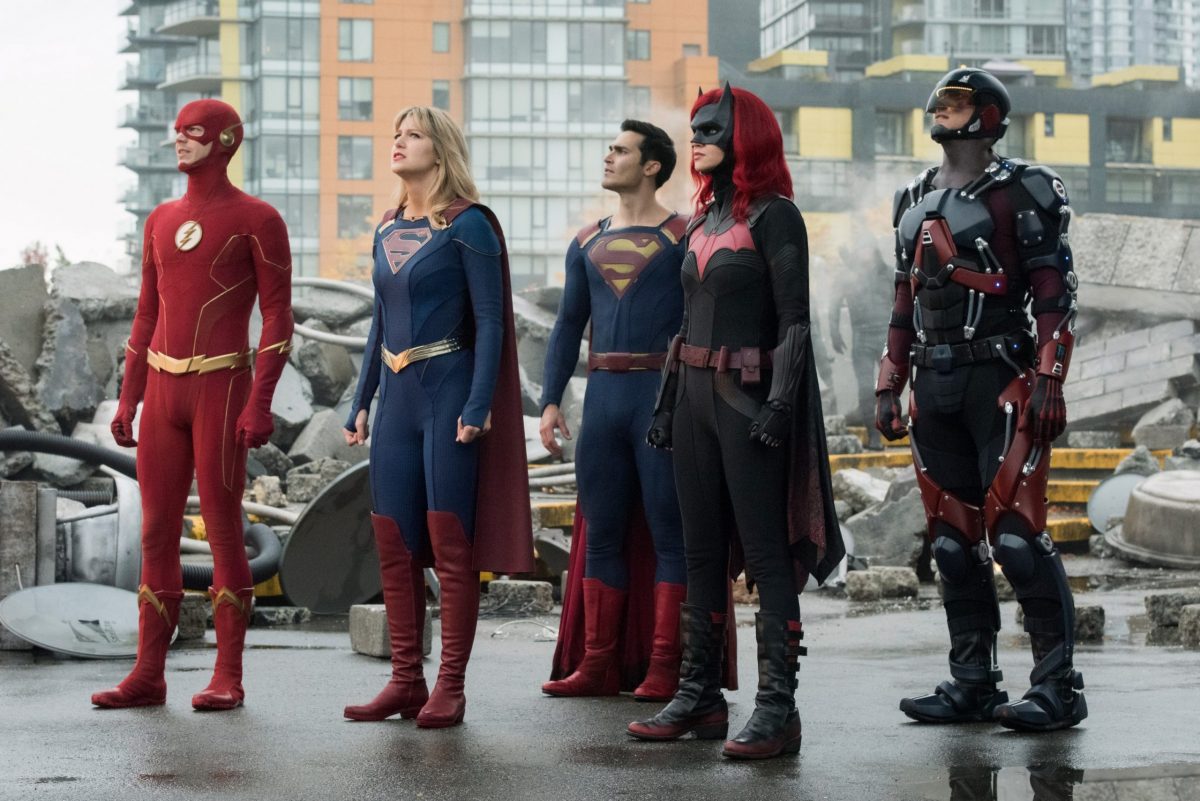 CW’s most ambitious DCTV crossover event has a lot of things that need to happen, so it’s not surprising that “Crisis on Infinite Earths Part 1” jumps right into the action. It’s a very full episode that nonetheless manages to pack in some emotional moments.

“Crisis on Infinite Earths Part 1” wastes no time in getting to the meat of the story. A voiceover from the Monitor explains the situation, and a montage of Earths being destroyed lets you know that this is a Big Deal. Our team of heroes are gathered up quickly – after briefly believing Clark and Lois to be dead – and brought to Earth-38 by Lyla to mount a counteroffensive. Introductions are made, resistance is quick, and everyone settles into their roles to save, not just their own universe, but ALL universes.

One of the things I worried about, considering the size of the cast of this crossover, was that it would simply be too packed – that this many characters would result in not enough depth or nuance. In some instances in “Crisis on Infinite Earths Part 1” – like Barry telling Oliver that he’s supposed to die during the crisis – that assumption was correct. However, there were several scenes – Kara 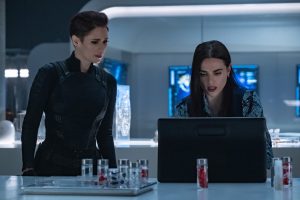 and Clark’s moment of reflection, Oliver passing down his Arrow mantle to Mia, Alex apologizing to Lena – with ample time to breathe and deliver the emotion necessary for you to feel for these people and worry for their safety.

This episode built nicely off what’s currently happening on both Supergirl and Arrow, as well as laying the groundwork for Superman & Lois. Clark lamenting his selfish desire to have it all no doubt sets up the premise of his upcoming spinoff, while Alex’s scenes with Lena remind you that there will be things to deal with on Supergirl after this crisis is resolved. Plus, seeing Earth-38’s aliens come together to help out its humans after their treatment in Season 4 was inspiring. And Oliver’s scenes with Mia and Sara are an exclamation point at the end of a season-long farewell to Arrow, the culmination of an 8-year journey for Oliver Queen.

That said, this is definitely going to be a crossover that focuses more on plot than on character. There are a lot of characters running around, exchanging quips, engaging in dueling acrobatics, staging dramatic entrances, and – in Oliver’s case – blithely sacrificing themselves for the good of humanity. One glaring issue is that Barry is strangely absent during this episode, especially in many big scenes – and his one chance at a big scene (speaking to Oliver about his impending alleged death) is criminally short. Considering the size of his role in previous crossovers, his absence is distracting. 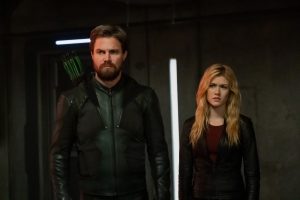 Oliver’s sacrifice and apparent death lacked the punch I was anticipating. I’ve long suspected that Oliver will die during this event, but I wasn’t expecting it to be so soon. I’m a little bit skeptical this is how they actually kill him off, but for the moment, the EPs are maintaining that yes, Oliver Queen is dead. As it is, I just didn’t feel much emotion about it. Perhaps it’s because I knew it was going to happen, or perhaps it’s because the scene didn’t linger the way a major character death scene usually would. This is absolutely how I pictured him going out – saving roughly a billion lives at the cost of his own, as well as a tear-filled deathbed scene with Mia and Sara (and Barry) – but it still doesn’t feel like the end.

Unsurprisingly, a few of the big-name guest stars were simply cameos in the opening sequence showing the destruction of various Earths. Robert Wuhl (Tim Burton’s Batman), Burt Ward (Batman TV show), Russell Tovey (“Crisis on Earth-X), Alan Ritchson and Curran Walters (Titans), and Wil Wheaton are all featured. I thought this was a clever way to handle all of that casting. It was a bunch of little nods to fans, bringing in actors from various DC properties as a veritable Who’s Who of bit players. (Also, on the aftershow hosted by Kevin Smith, Marc Guggenheim indicated that the inclusion of Burt Ward and Robert Wuhl implies that those versions are canonically in the multiverse.)

The cameos were far from the only homages in “Crisis on Infinite Earths Part 1”. Moments from the comics, like Clark and Lois sending their son off a dying planet in an escape pod, are peppered throughout as well. (I’m also choosing to believe that Kara saying that Argo City represented hope was a nod to Man of Steel.) The DCTV universe has always been aware of its origins and is pulling out all the stops to make this the most epic crossover event in its history. 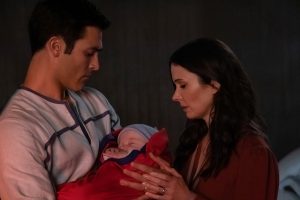 We’ve known that this was coming since last year’s crossover, and I hope beyond hope that it can live up to a year’s worth of hype. So far, things are looking good. “Crisis on Infinite Earths Part 1” establishes the story quickly, handles its emotional core with aplomb, and manages to surprise even with its least-surprising twist. It weaves in current arcs of multiple shows seamlessly while still managing to set up future series. If the rest of the episodes in this unheard of five-part crossover are as good as this first one, then we have nothing to worry about.

“Crisis on Infinite Earths” continues December 9 with Batwoman at 8pm on the CW.

Previous:Marvel’s Hero Project 1×5 Review: Mighty Rebekah
Next: ‘The Rise of Skywalker’ Comes with a Seizure Warning