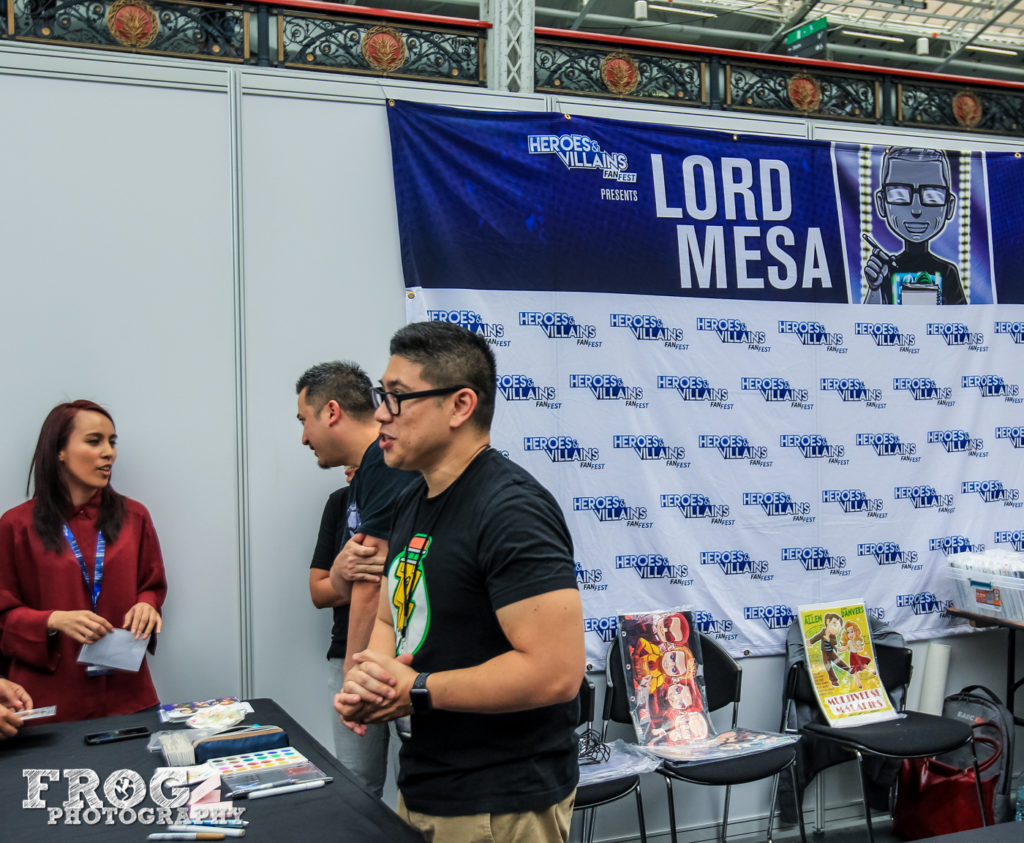 If you are in the DCTV fandom, you have for sure seen Lord Mesa’s “illos” [illustrations] inspired by Arrow, The Flash, Supergirl, The Avengers, Once Upon A Time, etc., as his art has become quite well known over the past few years. I got the chance to discuss his art and upcoming projects with him at Heroes & Villains Fan Fest London last week. 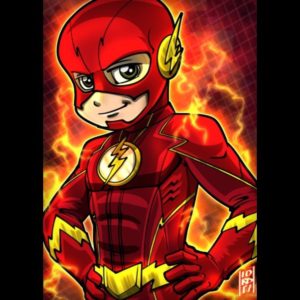 The Geekiary: How did the idea of illos come to be?
Lord Mesa: I wasn’t anything that I had planned. I love shows, I love watching TV, I love drawing. It was kind of a natural thing for me. If I see something, I would draw something that kind of influenced it, or is my commentary on it. As I was posting online, as people were accustomed to those posts, it started to become a thing where they were expecting it and I was slowly picking up that “oh wait”, people are actually looking forward, even anticipating, forecasting what I am going to draw. I have always wanted to keep my love of the shows there and to support them. I know that the fans are a major part of how these shows keep going.
As I would continue to post these drawings and I would interact with the actors, the production and the writers, I saw that I had almost a little bit of a role or influence in how the fandom would interact with the shows and I think they acknowledge that and they would express their appreciation of things. I think that’s how it kind of began. It’s nothing where I have any kind of agreement or some kind of deal with anybody. It’s just something that I do for the love of the shows, the love of the staff, the production and the fans. 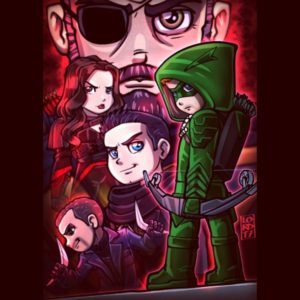 The Geekiary: Was it tough to set up your business?
Lord Mesa: It’s not that difficult. It was a natural extension. At this point, you have to be kind of strategic with what it is you choose to do and be respectful of everyone involved so that you are not taking advantage of your relationship with them.

The Geekiary: You’ve drawn so many characters; do you have a favorite fandom?
Lord Mesa: It’s hard because there is so much and it feels like every other year, they keep adding to it, like Black Lightning is being added to the line-up. But I still stay true to the ones that helped me grow and helped become what it is that people are coming to the shows to see. That’s pretty much Arrow. Arrow will forever have my support and my backing. From there, it’s The Flash, it’s Supergirl… All the actors and everyone have been so great and so kind that I just want to keep going and support them. 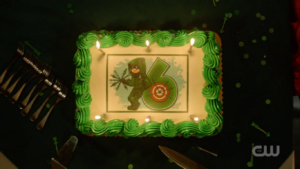 The Geekiary: You were name-dropped in a recent episode of Arrow, how did that feel?
Lord Mesa: That was an amazing, unexpected experience. I was commissioned to do the artwork back in March so I knew it was coming. But I was not aware and did not know that the name-drop was gonna happen when it did. It was so exciting. I’m still, to this day, geeking out about it.

The Geekiary: You have been invited to several Heroes & Villains Fan Fests in the US, what do you feel is different about HVFF compared to other conventions you’ve attended?
Lord Mesa: The Heroes & Villains shows are a family and I will always continue to promote them. The stars and actors that they get to come here are so down-to-earth and so happy to be here. To share this experience with the fans is great. It’s so intimate out here. I’ve been to Comic Con and a few other big shows and the opportunity to even see some of the actors never really exists simply because the sheer mass of people there. The actors would be mobbed and moved really quickly. Here, you can actually see them walking the floor and interacting with people. That’s what I love about this show. 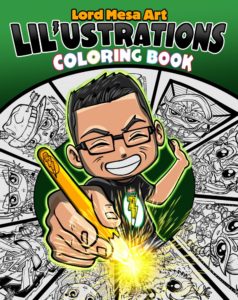 The Geekiary: You released a coloring book last year; do you have any other projects in the pipeline?
Lord Mesa: I am currently working with some app developers and they are working to secure licence rights to certain properties. So if that all works out, there is a possibility that you’ll be able to interact with my artwork on an app level, even certain characters. It’s all I can really say right now. And there is the possibility that I might have the chance to do some stuff with my own characters.