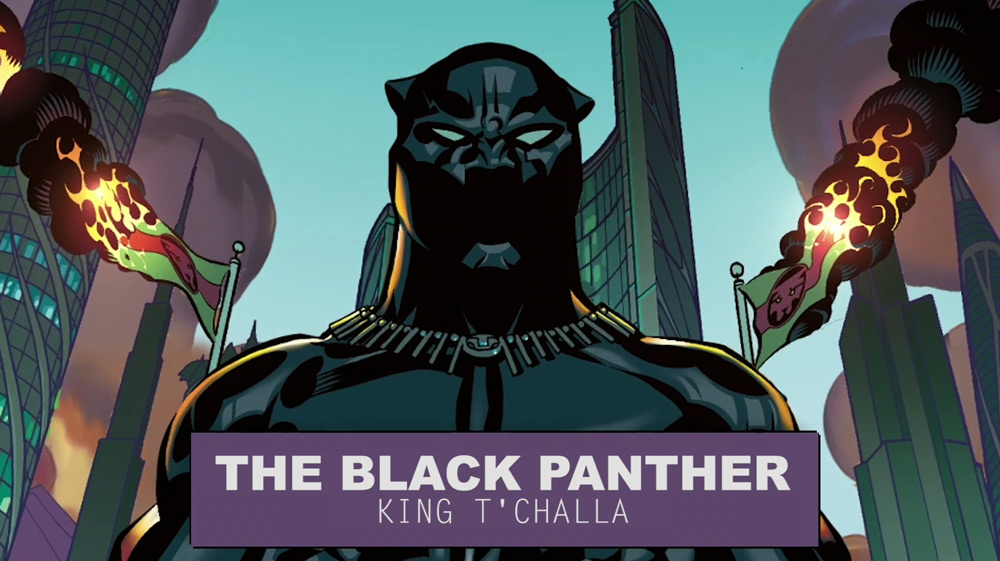 Marvel has just unveiled a brand new video series dedicated to introducing a new audience to T’Challa, aka Black Panther.

T’Challa makes his Marvel Cinematic Universe debut in Captain America: Civil War, which opens in US theaters this week, but his comic is already a best-seller. Still, many people (such as myself) may not be as familiar with the character. I was introduced to Marvel via the MCU, so I’m still learning about all of the side characters, and if it weren’t for Black Panther getting his own solo film, I might never have bothered to look him up.

Perhaps anticipating a lot of people like myself, Marvel greenlit an all-new spotlight video series solely devoted to Black Panther. Working with production house Bow & Arrow, Marvel will be presenting these bold hip-hop driven animated videos as a way to introduce not only T’Challa and Black Panther, but also his kingdom of Wakanda and the Marvel Universe as a whole to a brand-new audience.

“After decades of great work done on Black Panther — everyone from Reginald Hudlin to Don McGregor to Christopher Priest — it really is an honor to be writing King T’Challa,” says Coates. “Add to that the masterful performance by Chadwick Boseman as the ruler of Wakanda and it really feels like this is Black Panther’s time.”

A new video will follow each month, coinciding with the release of the Black Panther comics.

The “Black Panther: A Nation Under Our Feet” videos will educate new and old fans about Ta-Nehisi Coates’ Black Panther series through commentary from Mr. Coates, motion graphics, as well as an elevating hip-hop score from some of the world’s largest hip-hop acts.

Check out “Black Panther 101” below, and make sure to subscribe to Marvel Entertainment’s YouTube channel so you don’t miss any of the next installments!

Also, don’t forget (as if you would!) to see Chadwick Boseman blow your socks off as T’Challa in Captain America: Civil War!