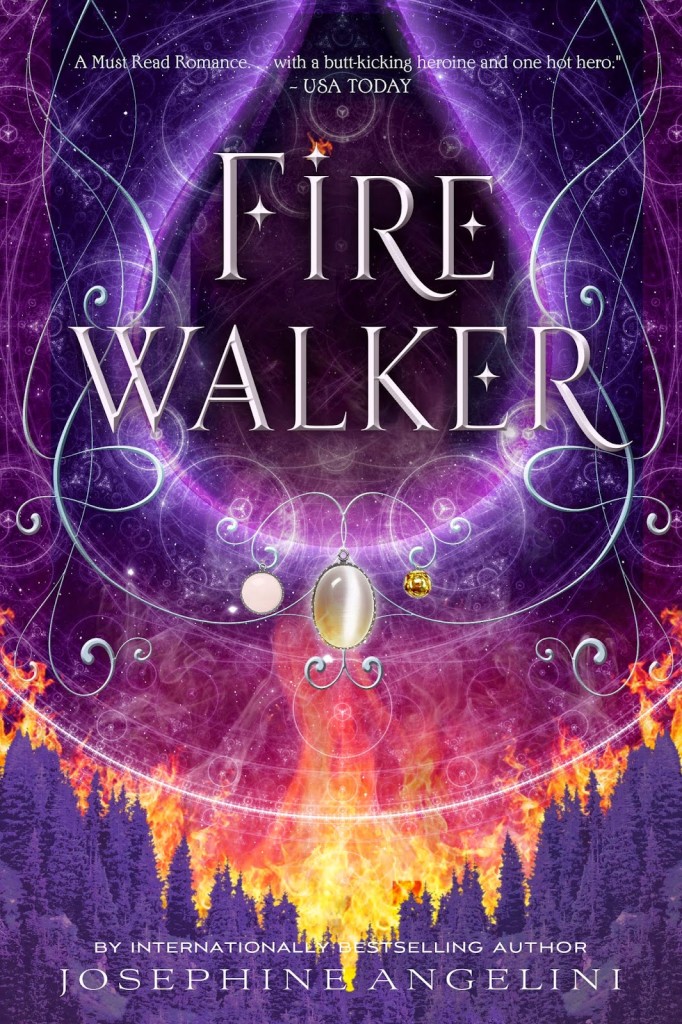 The second in Josephine Angelini’s Worldwalker trilogy, Firewalker picks up immediately after Trial by Fire left off – with Lily returning to her world, this time with Rowan in tow. However, Lillian will stop at nothing to bring Lily back, so Lily must build up her strength – and her coven – so that she can even the odds and bring an end to whatever Lillian is planning.

I didn’t like Firewalker as much as I liked Trial by Fire, but I absolutely loved Trial by Fire, so that’s a lot to live up to. One thing I really enjoyed about Firewalker was delving more into the mystery of Lillian’s world. I think character development took a backseat to moving the plot along, which would be fine except that we are supposed to care about original Tristan, Una, and Breakfast, and I don’t know if they were fleshed out well enough for us to become very attached to them. Events occur later in the book that require some sort of attachment, which I just didn’t feel enough to be emotionally invested in the outcome.

Learning Lillian’s motivations (as well as Alaric’s and the Outlanders’) was a fascinating addition to the plot and necessary for moving the story forward. As opposed to Trial by Fire, where Lillian seemed the clear villain, we now don’t know who to trust. We learn more about what prompted Lillian to become so fanatical about the persecution of science – and it has to do with Alaric and the Outlanders. Lillian is hardly redeemed, though – we in this reality know all too well the dangers of dictatorships – but now the Outlanders are not the bastion of hope that they seemed. The world building wasn’t as well done in this book, but that is comparing it to the first one, which was fantastic.

I think what was hardest for me to accept was that magic is just as easy in Lily’s world as it is in Lillian’s. The whole point of parallel worlds is that they’re virtually the same but some detail is always different. I guess I just have a hard time thinking that Lily’s magical prowess came to her in her own world, or that the willstones seemed to work the same way. It all seemed a little too coincidental. I guess the difference between her world and Lillian’s was that Rowan didn’t exist, rather than magic didn’t exist. That said, I think the relationship between Lily and Rowan, which was nicely done in Trial by Fire, suffered a lot in this second book. Perhaps that was the point.

There was a lot of stuff that happened in Firewalker, and sometimes I felt like things were happening too fast. I don’t have a real clear sense of the timeline, how long Lily was missing versus how long she and Rowan were back in her world. Scot’s death was sudden and seemed to serve no purpose other than to force the group back to Lillian’s world. Was Scot only following Lily because he was drawn to her magic? Why was he out there in the first place? Why should we care about the death of a character who only briefly appeared (and attempted to sexually assault Lily in the first book)? There are other examples, but that one stood out the most.

Still, I very much enjoyed Firewalker. I like the story, and I like pondering the ethical questions that the series is raising. After the way this book ended, I shall be eagerly anticipating the next book.

Firewalker by Josephine Angelini is published by Feiwel & Friends and is currently available wherever books are sold.