“A Whole New World” Is Just More of the Same 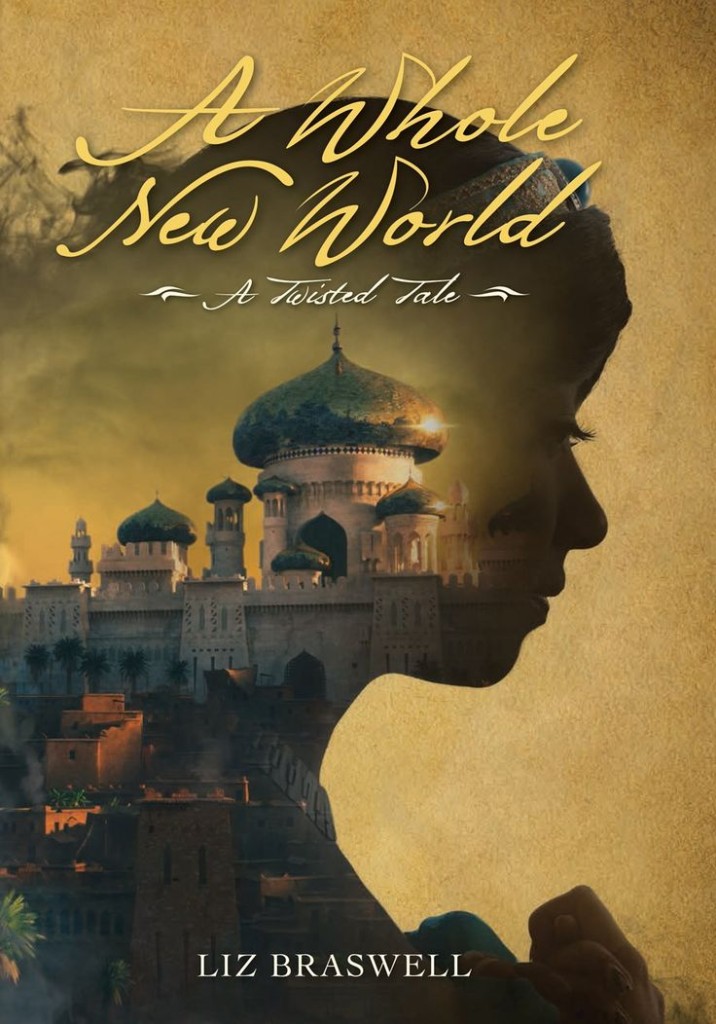 When I found out that Disney Publishing was releasing a series of YA books retelling classic Disney movies, I was excited. The idea of a series putting new twists onto familiar tales from my childhood really appealed to me, since the Disney versions are usually much more happily-ever-after than the source material. The first book in this series, A Whole New World, puts a spin on the (Disney) story of Aladdin. In this parallel Agrabah, Aladdin never ends up with the magic lamp. He is trapped in the Cave of Wonders while Jafar uses Genie to establish a dictatorship. All of our favorite characters, even Rajah and the magic carpet, appear in some capacity.

Sadly, A Whole New World failed to live up to the promise and potential. This book was supposed to put a new spin on an old story (at least the Disney version of it), so I was expecting something a little different, such as putting the characters in an entirely new situation. However, approximately the first quarter of the book is an almost literal retelling of the movie. Save for a brief introduction wherein Aladdin is a young boy – implying that the thief Cassim who dies at the beginning of the movie is actually Aladdin’s father – the book starts out following the Disney film to the letter. Even most of the dialogue is word-for-word. I was expecting people to bust out in song. It’s only after their visit to the Cave of Wonders that things begin to change.

The problem with using such a well-known story is that author Liz Braswell obviously felt no need to truly develop the characters. Operating under the assumption that everyone on the planet has seen Aladdin (which, to be fair, is possibly true), Braswell’s characters are cardboard. You’re able to get away with this in a movie because of time constraints, but in a book, where you have almost limitless time and space in which to develop your characters, giving them only the most basic personalities and not giving them any depth is unacceptable. And considering that this is a story of Jafar getting the lamp, he featured very little. Even with the dramatic twist in the story, this was still all about Aladdin and Jasmine.

Despite the fact that this is a story about Aladdin and Jasmine, their romance still comes across largely as the “insta-love” that so often permeates YA literature. With no depth to their characters, the relationship is awkward and superficial. A book has the chance to explore a relationship, to find out what the characters’ feelings are and why they feel them, but A Whole New World didn’t really attempt to do any of this. Aladdin and Jasmine are in love in the movie, therefore, they are in love in the book as well. While I was pleased that Jasmine kept a lot of the fire she had in the film – and even had a bit more to do, what with becoming the leader of the people’s revolution – separately or together, the two just weren’t very interesting.

World-building also suffered. We spend much more time in the city of Agrabah in A Whole New World than we did in Aladdin, but I didn’t get a very good sense of or feel for the city. It was easy to visualize only because I was picturing the Agrabah from the movie, but the description of a city in the Middle East didn’t feel very authentic. It was too modern and Westernized. This is marketed as a young adult novel, but the writing felt much younger. Not to mention that this is supposed to be a “dark” story and other than (SPOILER ALERT) Jafar killing the Sultan soon after returning with the lamp, there was very little about it that was dark. (Unless you, like me, were far more concerned with the fates of Rajah and Carpet than any of the human characters.)

The one thing that A Whole New World has going for it – and it is a big thing – is the plot. The world-building is weak and the character development is lacking, but this somehow still managed to be an action-packed story about a deposed princess determined to win back her throne. I am all in favor of girls who have come to kick ass and chew bubblegum and are all out of bubblegum. Jasmine turning into a revolutionary leader with her faithful tiger by her side was my favorite part of the book. There was a little exploration into feminism, as well as politics and economics, which was a definite plus.

The word that best describes my feelings on this book is “disappointed”. I was excited about this book when I first heard about it, but I guess my expectations were just too high, because A Whole New World did not live up to them. It’s a fabulous idea, simply poorly executed. That said, I am still willing and eager to read the rest of the books in the series, because I just can’t help myself.

A Whole New World by Liz Braswell is available September 1st from Disney Press wherever books are sold.

Previous:Fear the Walking Dead 1×2 Review: So Close, Yet So Far
Next: Josephine Angelini Continues to Enchant with “Firewalker”