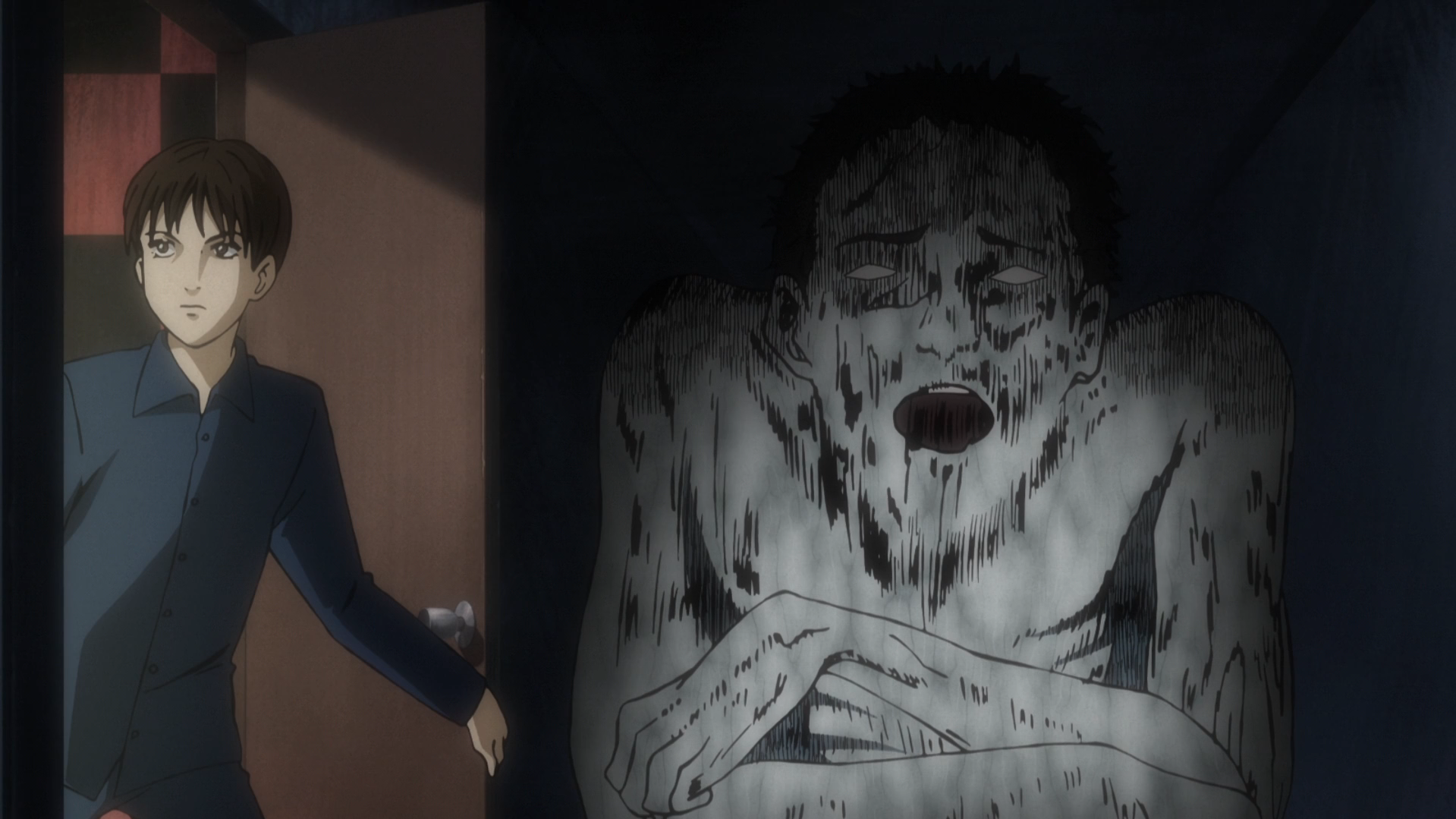 Mixing both horror and humor, Junji Ito shows that he is a master of all forms of storytelling.

Episode 5 of Junji Ito Collection sees new stories as well as the return of the Souichi. It mixes both horror and humor, though in separate stories, that help keep the anthology show from becoming too dark and heavy for viewers. The return a familiar cornball of a character helps lighten the heavy tone of the first story, “The Ongoing Tale of Oshikiri”.

Oshikiri lives in a house that is haunted, in a way. It is a portal to another dimension (or several dimensions) that bring haunting specters. They never last long, but their imagery is strong and terrifying. Their reasoning for being there is also something that may resonate with some of the viewers who have been picked on for their small stature. However, the lengths the antagonist goes to are downright cruel and inhumane.

“The Ongoing Tale of Oshikiri” highlights human depravity when it comes to getting one’s goals. Ito’s constant delving into the darkest reaches of his characters is one of the reasons his stories are so good. Despite how ghastly and horrific the ideas and creatures may be, there is always a human element to his protagonists. Whether it be ghosts, bugs, monsters, or humanity’s darkest reaches, Ito always finds a way to make it feel real and relatable to the reader. 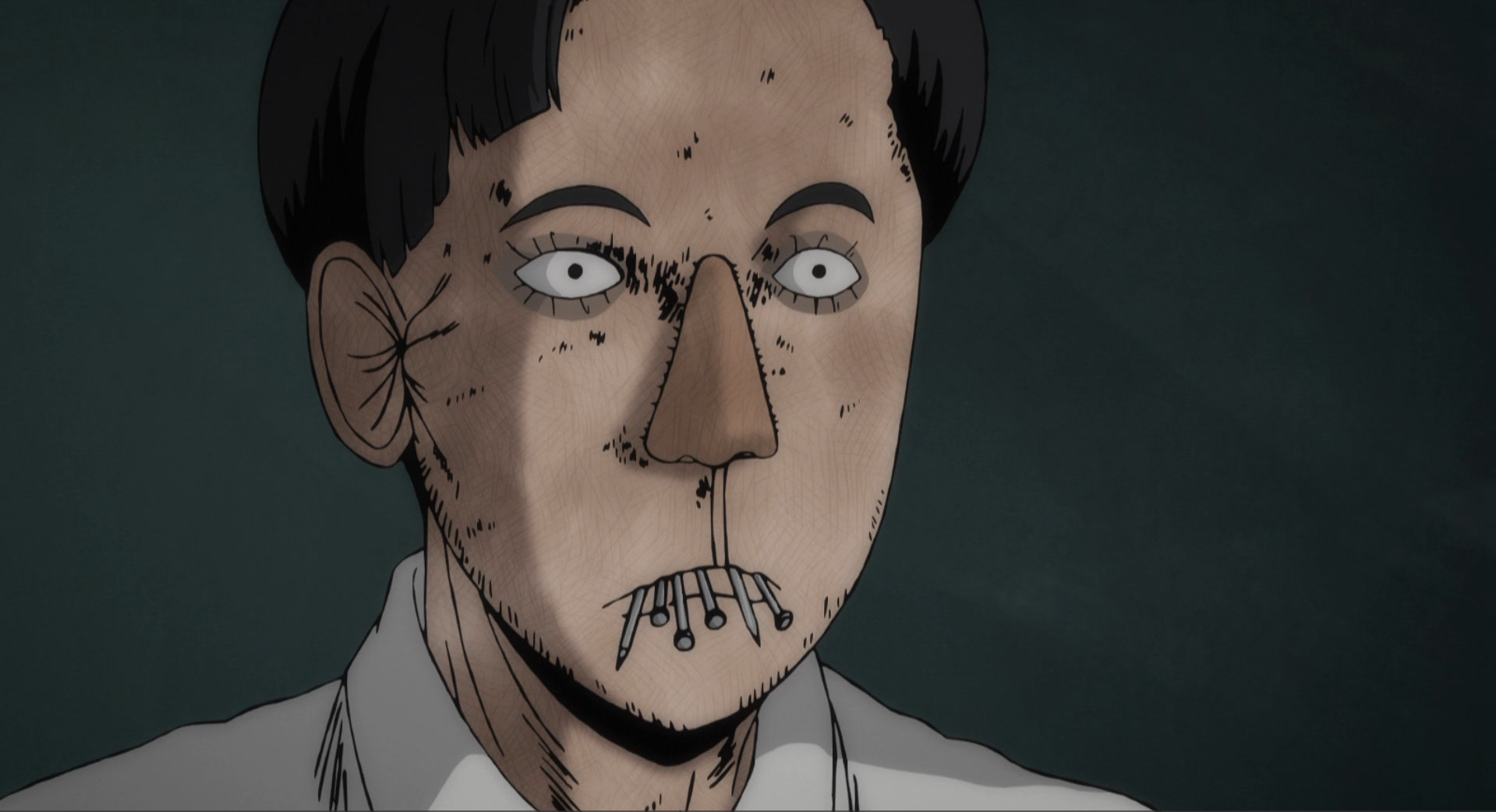 “Cloth Teacher” cuts the heavy tone of the previous story with hijinks and bare butts. No joke. The reason Souichi decides to antagonize his classmates is because in a confrontation, a classmate grabs his pants and exposes his rear end. In middle schooler rage, Souichi targets his classmates with life-sized cloth dolls to invoke torment and mayhem.

Junji Ito Collection is truly a collection of Ito’s stories, both humorous and horrific. Nearly halfway through the series and it continues to entertain and surprise with the variety of its stories. The series definitely has a large and deep collection of stories to choose from which definitely helps.