“Justice League Dark” Is Fun for Fans, But Not the Best Intro for Newcomers 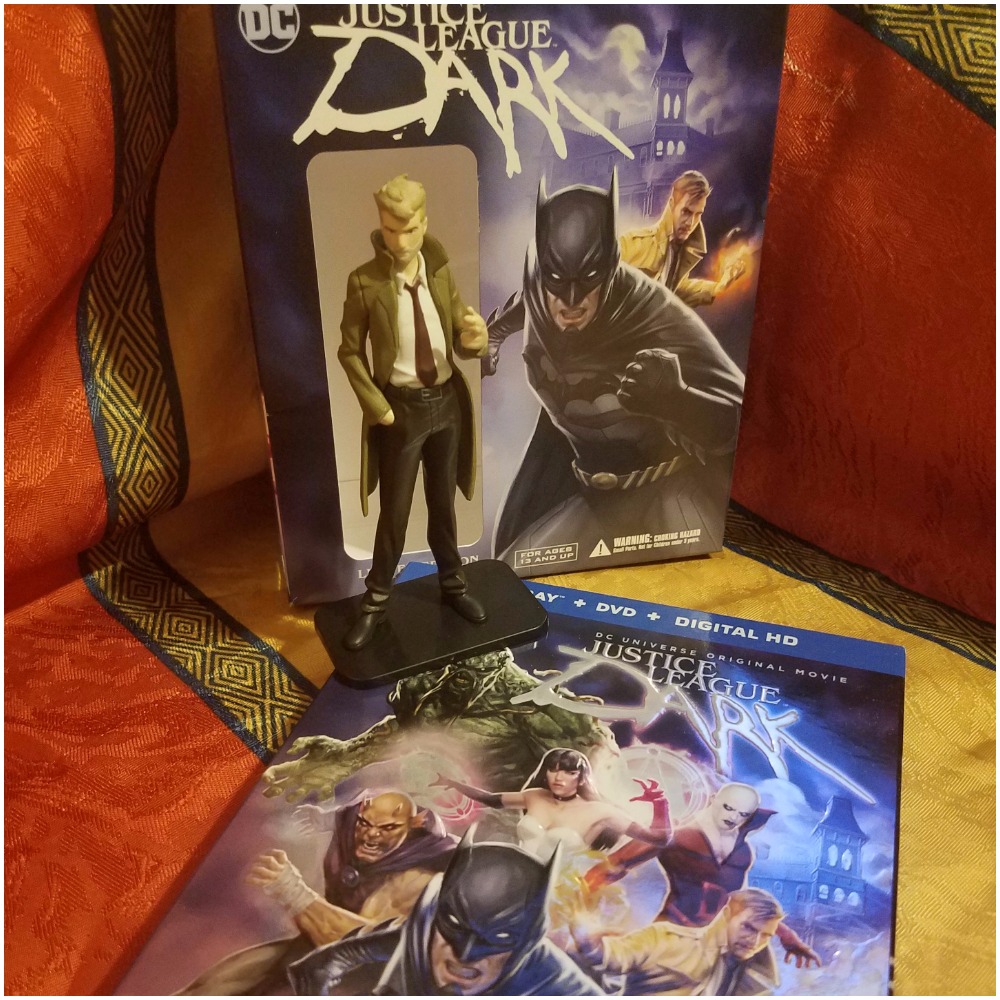 Justice League Dark has decent pacing, a traditional storyline, and some fan-favorite JLD characters. If you’re not already familiar with these characters, though, you’re going to have a hard time following the story in parts.

Warner Brothers released Justice League Dark both as a digital download (released January 24th) and on DVD/Blu-ray (coming out on February 7th). We decided to cover it with two reviewers: Farid took the early release digital copy while Khai checked out the DVD/Blu-ray.

Here’s the rundown on the plot: People around the world begin to hallucinate that everyone around them are demons. Moms are throwing babies off roofs and dads are holding their families at gunpoint. Even with the Justice League going all out, people are dying. After a hint from Deadman, Batman goes looking for Constantine to sort out what is clearly a magical problem. The Justice League Dark line-up for the final battle is Batman, John Constantine, Zatanna, Jason Blood/Etrigan, Deadman, and a reluctant Swamp Thing.

Khai: In the great DC v. Marvel debate, most people agree that Marvel kills it for live-action movies while DC has the edge in animated films. Justice League Dark is a solid contribution to DC’s reputation. I found the animation easy to follow without any muddled color schemes or confusing battle scenes. The voice actors put in great performances. The plot moves smoothly through a series of misdirections to a reasonably satisfying ending. Did I see it coming? Of course I did, but it was still fun to watch. There’s a nice selection of DC verse background characters: Richie Simpson, Felix Faust, and the Demons Three, to name a few.

The movie does have some problems. For one, it wasn’t consistent about explaining backstories. I can see why Etrigan/Jason Blood had a detailed history. It was pretty central to the story. What I don’t get is why Deadman has an intro while Swamp Thing is barely defined. He should have gotten more explanation, considering Destiny yanks Alec Holland out of Swamp Thing during the battle. New watchers are going to be a bit lost there.

Farid and I had different ideas about why Zatanna’s powers aren’t defined or explained, and why she doesn’t get backstory other than “used to date Constantine and still holds a torch”. I optimistically think Zatanna is such a well-known character that DC assumed of course everyone knows her backstory, just like Batman or Constantine.

Farid: I would’ve liked to know more about Zatanna in the film. While she is a famous female character, currently appearing in Justice League Action, and one of the first playable characters in DC Legends, still newcomers will feel a bit confused. The current film relies on viewers already having a bit of background knowledge, which makes sense, but can also be considered as lazy writing. Also, what are the limits of her powers? What are the things she can and can’t do? How does she know Batman’s true identity? Those are some of the questions I would’ve liked answered in the film. Furthermore, the way the single female character in the team was treated annoyed me.

Khai: Zatanna’s treatment kind of annoyed me, too. Honestly, in a magic fight she should have been the tank. Zatanna has a double mystical heritage that should make bad guys change into their brown pants. Instead she gets sidelined for most of two separate fights. UGH. She is the one to defeat Faust, which she could have done in about three seconds if he hadn’t literally gagged women from speaking in his study. Constantine stops her from killing him with magic and damning her soul. If you’re not coming into Justice League Dark with background knowledge, you won’t get that plot point.

Technically, this movie does pass the Bechdel Test thanks to Wonder Woman talking to a possessed woman in the beginning. Other than that, Justice League Dark gets low marks for representation. Zatanna (the only woman, since Black Orchid is technically the manifestation of a house) is the only deviation from a team of mostly white dudes. Constantine being bisexual is canon, but since he’s not allowed to explore that here (and I don’t expect that to change in his upcoming series) adding him isn’t an inclusivity selling point. 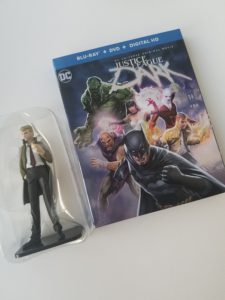 Farid: The Digital HD download release only includes the movie. There is no extra content, not even a look at the upcoming Teen Titans: The Judas Contract animated film. However, the visuals were crisp, and I encountered no problems with the audio quality.

Khai: Farid did a sneak peek article on Justice League Dark Deluxe Giftset back in November. It holds up pretty well to his optimism. The Constantine figurine is cool (though since his packaging is small he slides out from behind his little window if you shake the box) but what makes the set worth the $39.99 price tag is the treasure trove of bonus features. Don’t be fooled by the small selection of sneak peeks and trailers on the DVD. You will get a look at the original comics behind some upcoming films (like The Judas Contract which looks awesome, by the way). Most of the best stuff is on the Blu-ray disk, and you’re going to want to watch it all. There are more bonus features than the movie!

Overall Justice League Dark is worth watching if you already know the characters’ backgrounds and you can get past the way Zatanna is nerfed.

What do you think? Have you seen it yet, or are you waiting for the boxed set? Let us know in the comments section below!

Note: A review copy of the Justice League Dark Deluxe Giftset was provided by Warner Bros. Home Entertainment. The opinions are our own.