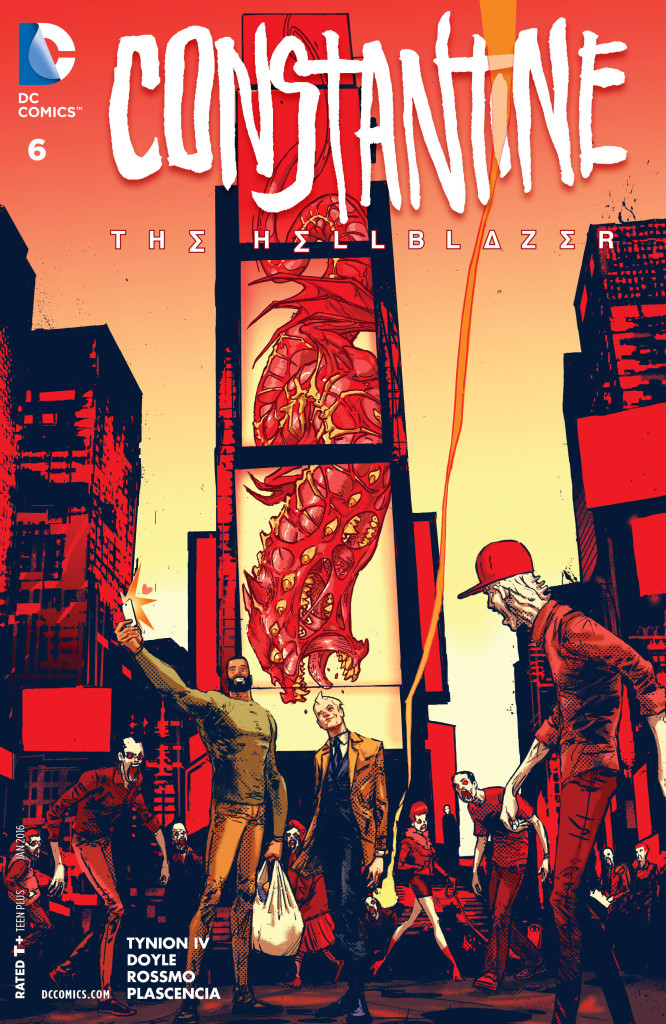 Constantine – The Hellblazer #6 gave me something that I’ve been anticipating since the debut of the series: John Constantine finally hooking up with Oliver!

After coming back from the U.K, John sensed that New York changed during his absence. He didn’t pay much attention to it and being low on money started doing odd jobs. I liked how in just a few panels the writers were able to show the different paranormal beings John encountered and his various methods to deal with them.

The best part of the issue is its in-your-face portrayal of John. A little into the beginning of the issue there are a series of panels showing John naked in his room and it is glorious! It’s reminiscent of the opening panel in Issue 1 but while that showed John going to the dry cleaners after a paranormal encounter, this issue was about our protagonist relaxing in his crib.

I have never seen DC be so obvious with John’s sexuality before (which has been a controversial issue), and that’s why the new series is a treat to read. This is the real John Constantine, being unapologetically who he is. However, that’s not to say he doesn’t have his own demons to deal with and how that has changed his life. It’s been clear from the series that John doesn’t let anyone come near him because it always ends up spelling danger for the other person, whether friend or lover.

I am definitely worried about Oliver’s fate as he keeps trying to ask John out, and he also has kids, but having said that I’m glad the writers decided to show John in a relationship with a guy. I knew Oliver was going to show up again ever since his debut and I was right!

An old gargoyle friend told John that the universe has as plan for him and the said plan has already been set in motion. New York wants John to so something and it has a way of making him do what it wants. As far as I’m concerned if the plan also includes John finding happiness in the arms of Oliver then I’m all for it!

If you ever encounter someone who doesn’t believe that John is also sexually into men (along with other paranormal beings) then you should casually hit them on the head with issue number 6. Heck! Give them the whole Constantine – The Hellblazer series to read and open their eyes to who the titular anti-hero really is.

Have you read Constantine – The Hellblazer #6 yet? What do you think of John romantically hooking up Oliver even though there are major risks involved? Let us know!