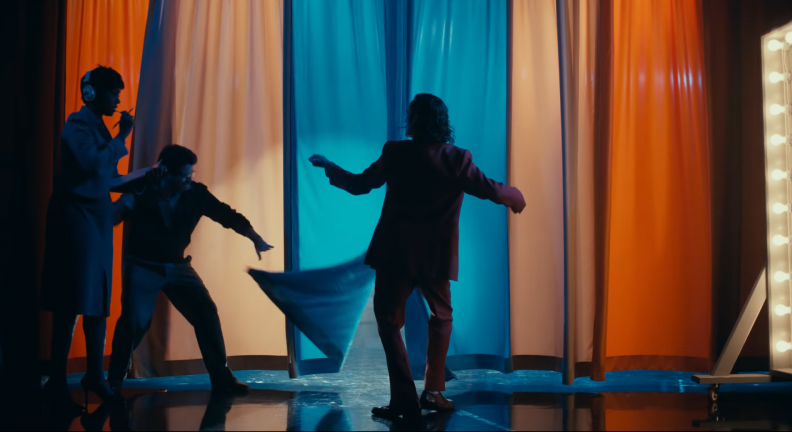 Joker is one of the most iconic characters in the entire DC universe. He’s also historically one of the most problematic. There’s a long history of people worshiping the Joker and excusing his actions, no matter what he does. When we heard Joker was coming out, it seemed like we were getting a fawning love letter to a character no one should ever idolize.

We didn’t get that. I think the wrong people will see it that way, but the film itself is painfully good.

Head’s up: I’m trying to avoid it, but there may be some incidental spoilers for Joker. Read at your own risk.

I almost walked out of Joker five minutes in.

Honestly, if I weren’t reviewing this movie I would have walked out at several points during the first third (and maybe also during the second third). After seeing the grand finale I’m glad I didn’t… but maybe glad isn’t the right word? Joker was a powerful movie about a powerful and divisive character, and while I think it’s masterfully done I have some serious concerns.

My concerns aren’t (as I expected) about the way Joker portrays mental illness. That canon character trait has been handled with varying degrees of empathy and skill by different writers with varying results. In Joker, every minute of Arthur’s life is marked by his struggle with an unnamed collection of mental illnesses. He can’t relate naturally to others. He takes seven medications, all prescribed by the state in what’s implied to be part of his release from a hospital. It’s rough. Several times he makes cutting observations about what it’s like to live with a mental illness. He pushes back against his cynical social worker who only talks at him, never listens.

Arthur does make a comment about being “off his meds” at one point, which I hate hearing from villains. It feels like a cheap shot. In fact, it’s one of the few cheap shots in a film where everything else costs you to watch. This is a demanding movie.

Moving on… I ultimately don’t have major issues with the Series Of Unfortunate Events that befalls Arthur. Seriously, he has been through it. Gotham is a wretched hive of scum and villainy in a way Mos Eisley wants to be when it grows up, and Arthur lives right in the worst of it.

These aren’t my biggest concerns because at the end of the day the Joker’s actions aren’t blamed on his mental illness or the bad hate Fate deals him. The movie flirts with that line and there is a LOT of gray area, but at the end of the day I feel Joker presents those points only to invalidate them. Arthur is the same person on or off his meds. He was already not great before most of the bad things happen. He doesn’t value or respect people in general, he makes others visibly uncomfortable, and even though he accuses his social worker of not listening to him he never truly listens himself. He performs his own reality without seeming to notice how people respond.

Arthur begins to choose how he handles what life throws at him based on what makes him happy. At his core, the Joker is a bad person and he’s only happy when he is living that truth.

You could possibly argue that he was pressured into the triggering event, though I’m countering that he had already made choices that put him in that position and was more than happy to go along with things. Plus, if you pay attention you see he’s already been given at least one second chance by society before the movie begins. (See how good I am at avoiding spoilers? You’re welcome.)

The Joker is not a tortured innocent. He is a bad person who does bad things for bad reasons. Core intent is and always has been the essential difference between Batman and the Joker. Both struggle with mental illness (Bruce Wayne dresses like a bat to fight crime you guys, he has issues, don’t @ me). However, Bruce is at heart a person who values life and seeks to protect it. The Joker just wants to dance in the ruins of the city.

The depth of his core evil is very clear in this movie. When we ultimately watch Arthur’s transformation into the Joker it’s powerful, but frightening. We aren’t meant to celebrate with him. We’re meant to be uneasy and scared of how very possible it all seems- and that walks us up to my serious concern.

Those people who idolize the Joker? The ones who feel a kinship with him, who either don’t realize he’s the face of Chaotic Evil or haven’t played enough D&D to realize chaotic evil isn’t a playable alignment? They are going to LOVE this movie.

I said before that Joker is a demanding movie and it is. It starts with unbearable cringe and leaves you shaken. It’s so well done I am disturbed hours after watching. The creators challenge preconceptions about what makes people evil before slowly leading you to the conclusion that it comes down to free will. They choose to be evil. They revel in it, and when they have the Joker’s force of personality they inspire others to indulge their worst impulses.

I’m worried that’s going to happen here. Joker is a pretty clear indictment of the character, but the people who would be best advised to learn from this will instead see it as a benediction. Our own Bekah puts it best: “[The Joker is] their anthem, he’s their symbol. He’s their figurehead for all the misunderstood men who feel like they’ve been belittled and bullied. It’s ‘their time’ to ‘rise up’.”

These people are both pitiable and dangerous. In the movie, Arthur’s actions are twisted into a call to violence which is taken up all over the city, and that could happen here in the real world. It’s not an exaggeration. Threats from incel groups have been all over the news, to the point where the military warned soldiers to be careful on opening weekend.

Where does that leave us? I’m not sure. I won’t say I enjoyed Joker because it isn’t meant to be enjoyed. I do appreciate the artistry of it. Hats off to every single person involved, because it’s film making on an epic scale. People will be talking about this movie decades from now.

Still, I’m not sure the sheer quality outweighs the possible consequences. America- actually, the world- is in a bad way right now. We’re being led (if you can call it that) by the worst elements of society. Because Joker is so painfully well done, I can see people corrupting its message into a rallying cry.

So. You know. Proceed with caution?

Have you seen Joker yet? Share your thoughts in the comments!