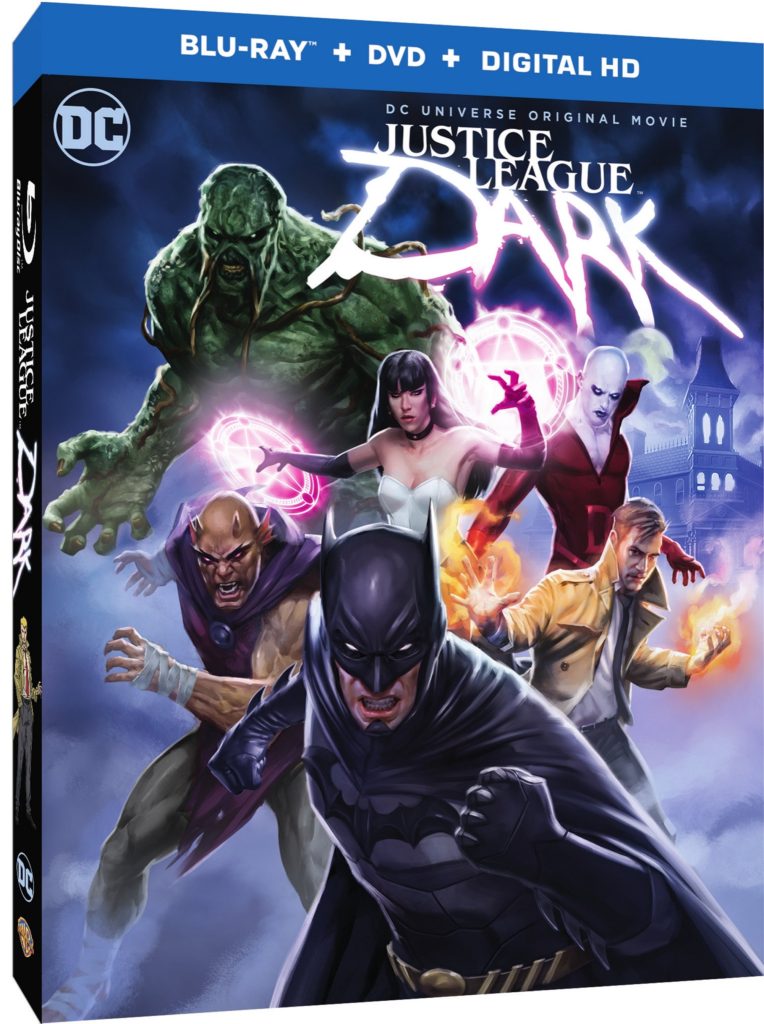 I have been looking forward to Justice League Dark for a while now and I have to say that the first trailer doesn’t disappoint.

The new trailer shows the world under threat from supernatural forces. Of course the Justice League isn’t cut out to fight such dangers. They couldn’t do anything about Trigon during Justice League vs. Teen Titans. So, it makes sense that they call upon people who can help them out.

Judging from the content shown, Constantine helps Batman create a team that includes Zatanna, Deadman, Swamp Thing, and Etrigan the Demon. I still don’t know why Batman didn’t decide to call Raven too. I guess the writers want to keep her under the Teen Titans banner.

The animation for the upcoming film looks really cool and I can’t wait to see these characters casting spells. I’m not sure if DC animation will delve into Constantine’s sexuality in the film. However, it is still nice to know that we have a canonically queer character joining the main cast. The Justice League will be present in the film, but Batman is the one who will tag along with the newly formed Justice League Dark to serve as the audience viewpoint character in the upcoming animated title.

Check out the trailer! It debuted on IGN.

Justice League Dark has been directed by Jay Oliva. The story is by Ernie Altbacker and J.M. DeMatteis. The upcoming animated title will be released on Blu-ray and DVD on February 7, 2017. It will be available for Digital download on January 24, 2017.

What are your thoughts about Justice League Dark? Let us know.

Previous:I Saw Harry Potter and The Cursed Child and All I Got Was This Magical Disappointment
Next: Fantastic Beasts and Where to Find Them: A Fun Frolic with Some of That Harry Potter Magic