Knights of the Borrowed Dark: No Harry Potter But Still a Good Read 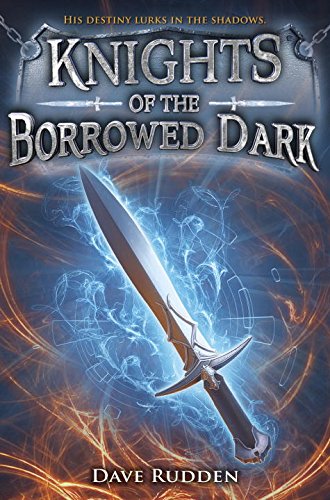 Knights of the Borrowed Dark by Dave Rudden is the last of the Advanced Reader Copy books I picked up at C2E2 this year, and while it may not be the best middle grade/YA novel I’ve ever read, the story was pretty interesting. Perhaps if I were younger I would have connected with it more.

As it is, the biggest issue with Knights of the Borrowed Dark is that it’s a mixed bag of good writing, questionable plot, and two-dimensional characters. I almost wonder if the author was either not sure where he wanted to go with the story or just so focused on writing a trilogy that he didn’t quite get this first installment right. Of course when it comes to book series, there need to be questions that are left unanswered until the very end, but in this case it felt less like unanswered questions and more like issues with Rudden’s world-building.

Knights of the Borrowed Dark takes place in what I have to assume is modern-day Ireland, or at least close enough to it, but what’s strange to me is that the titular Knights seem to eschew some modern technology (lightbulbs, guns) while accepting others (cars). I believe this is all meant to be based on what does or does not effect the shadow-monsters they fight, but there is a lack of explanation (the author is definitely in favor of exposition over explanation).

However, the characters are all pretty straight forward. The main character, Denizen, is a pretty typical kid, though I’m hard-pressed to believe he is thirteen (he acts and thinks “younger”, a lot of the time). Unfortunately the rest of the Knights of Seraphim Row are carbon copies of character tropes, and on top of that, some of the developments with these and other characters are a bit eyeroll-inducing. I’ll give the author this, though – I was actually surprised by most of them.

Overall, despite the aforementioned issues with Knights of the Borrowed Dark, there were definitely times I couldn’t put it down, and I really hope we learn more about Denizen’s friend Simon as the trilogy progresses, because he was probably my favorite character. All in all, while it may not have been my “type” of book, I think that it’s one that a select age group could get into – say, kids between 10 and 13.

Knights of the Borrowed Dark will be released August 16, 2016 and is currently available for pre-order on Amazon.