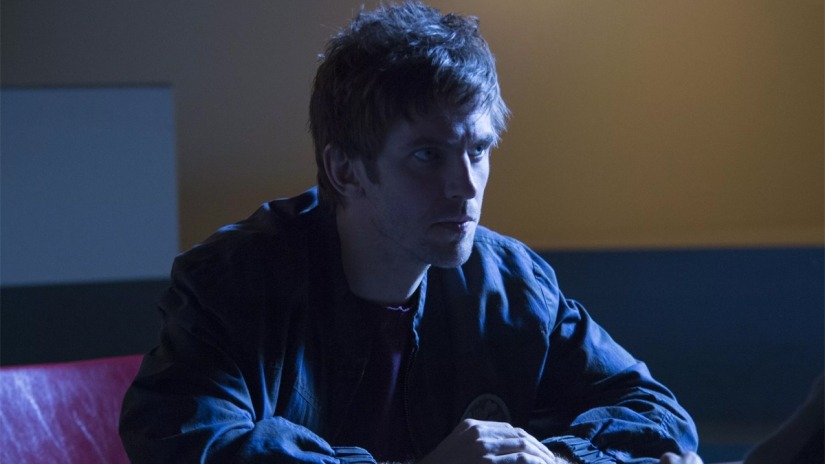 While “Chapter Twelve” was all about Syd, “Chapter Thirteen” was essentially all about Lenny.  I’m enjoying the focused episodes immensely.

“Chapter Thirteen” primarily focused on the Lenny of the present, unlike last week where we got to dive deep into Syd’s past.  We still don’t know much about Lenny, though she did begin to open up about her past through conversations with both David, Clark, and Ptonomy.  Lenny is clearly rattled by her experiences and confused about how she came to be.  That doesn’t mean people aren’t deeply suspicious of her, though.  The last being that wore her face was the Demon with the Yellow Eyes.  People have a right to be on edge around her. 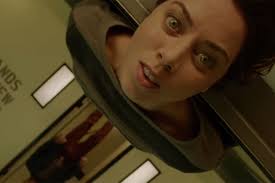 David, for his part, is willing to give his former friend a chance.  He was hesitant to accept her when he was inside of Farouk’s mind, but now that she’s in the flesh he seems to have softened somewhat towards the idea that she’s actually the Lenny he knew from Clockworks.  He still needs answers, though, and digs deep into her mind to find out just how she can be present in the flesh again after dying back at Clockworks.

The mystery doesn’t have a happy ending, though.  Lenny is alive, but she only has a physical body because Farouk had merged her with David’s sister, Amy.  The look on David’s face when this revelation drops is something that’s going to stick with me for a long time.  I have to give Dan Stevens an enormous amount of credit for just how much emotion he showed in that moment.  There was an intense amount of anger, but somehow I didn’t read it as being directed at Lenny at all.  It was all aimed at Farouk.  How he managed to get that across with just his face is beyond me.  This, my friends, is why I’m not an actor.  I could never control my expressions to that degree.  Bravo, Mr Stevens.

Lenny comforts David when he reacts to the news, which makes me think she really is a victim in all of this.  At least partially.  I don’t think she ever wanted to hurt David, even though she seems a bit apathetic towards the concept of human life in many of the preceding episodes.  She was enjoying having power and went along with Farouk’s killing.  It was only when she became a prisoner in his mind that she started to fight for her freedom and push back against him.  She’s not ‘good’ on the D&D alignment chart in any way.  She’s not evil, though, either.  Chaotic neutral, maybe.

As we head into Chapter “Fourteen”, we’re given the news that Legion has been given an additional episode this season.  This is fantastic news!  The only thing that’d be better is if we’re also given an additional season.  Not only would we have another year of incredible story telling, but I may get to have some fun with Legion at SDCC again.  Ratings may be down, but we got an additional episode and it’s a hit among critics.  Fingers crossed more good news will be heading our way soon.