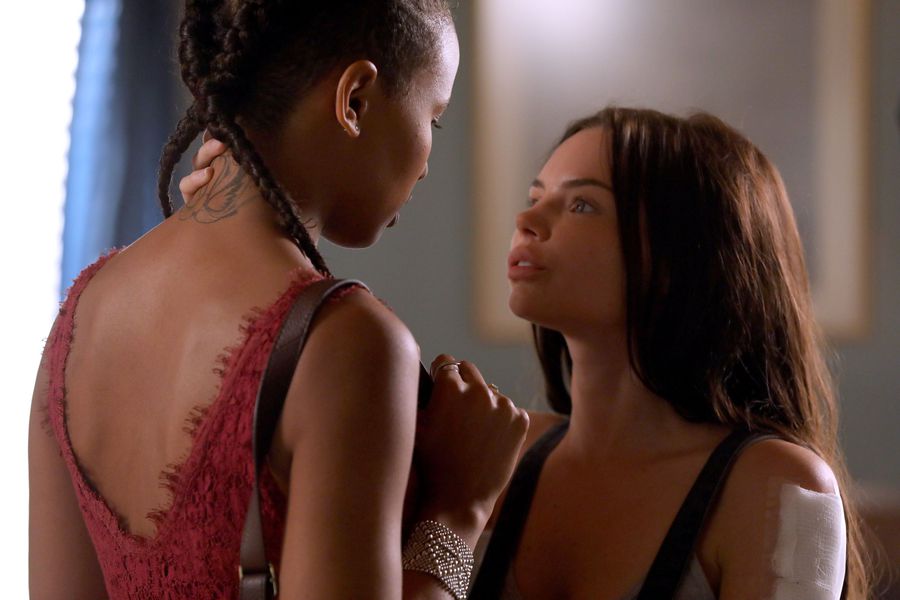 The past two episodes of Siren were actually really enjoyable, and it is hard to believe that there are only four episodes left of the season! “Curse of the Starving Class” and “Showdown” not only moved the plot forward at incredible pace, but didn’t lose sight of the importance of those great tender moments among its characters. It is quickly becoming one of my favorite shows for those surprisingly great character interactions.

Following the end of “On The Road”, I truly had no idea where exactly the show was headed. “Curse of the Starving Class” had a short time jump of one month, which seemed like the perfect amount of time to get things going again. It was nice to see Ryn again and actually spend time with her sister (called Donna after the nurse whose identity she kind of took over). The contrast between Ryn and Donna was actually pretty great, not only with the difference in attitude toward humans, but their overall personalities. Donna is the classic big sister and caretaker, while Ryn is very obviously the younger and trusting and impulsive one. It was clever of the writers to continue to use the lack of food as the reason that the two returned to land; I was frankly a little nervous about what the cause would be, but it makes sense to circle everything back together. 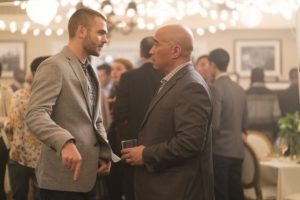 I was also a bit surprised to see Decker back at his old habits of trying to capture Donna, this time seemingly ahead of the military. Following Chris to Alaska probably wasn’t the smartest thing to do because Ben and his friends are actually pretty smart (unusual for a soapy drama), and were able to put two and two together. I loved the scenes in “Showdown” where Ben confronted Decker. He was smart about it, and who could blame him for calling out Decker for dangling a possible paralysis cure in front of his mother? That was a low blow, dude. Xander, on the other hand, does not get rave remarks from me for his confrontation of Decker. Just as I was starting to hope that Ben would let him in on the mermaid secret, he had to go mess it up by boasting about his knowledge of the mermaids being real.

We were teased big time going into “Curse of the Starving Class” that there would be a kiss between Maddie and Ryn, and we really got it. Although it seemed to be more Ryn mimicking the show of affection between Maddie and Ben, it was still really sweet to see, and it is a pleasure to see Ryn open up to her. I love the chemistry that these two have, and I hope the writers continue to explore it. Maddie is really growing on me, and this relationship is making that happen. Unfortunately, there was one Maddie misstep in the writing that I wasn’t a fan of and seemed out of character: Maddie getting jealous about Ben hearing the siren song. She’s not that kind of person, and it took me out of the moment while watching.

I actually really enjoyed the short scene between Ben’s parents. This whole time, we have been led to believe that they are some type of villain on the show, whether it be conspiring with Decker for the paralysis cure or just really disliking Maddie. As it turns out, they just want what’s best for Ben, and that means accepting Maddie. It was very adult and very realistic, and I enjoyed the writing there a lot. Again, it is those tender moments that are really making this show stand out from other teen dramas in the fantasy genre.

Although I really love Helen (and she seems to show genuine concern for Ryn and Donna), I still want to know more about her! She is very mysterious, but it was also cool to see that she actually admitted to Donna that she, too, is a mermaid. I want to see what the writers have in store for us about her history, but with only three episodes left in the season, I am not terribly optimistic about getting some good answers. Bring on season two!

Siren continues to surprise me with its solid writing and characterization. The genre sometimes can get so convoluted in the fantasy and the plot that sometimes the writing leaves out the great relationships that form; only the successful shows stand out. I think that this show has what it takes as long as it continues to emphasize the tender moments, and keeps the character relationships authentic.