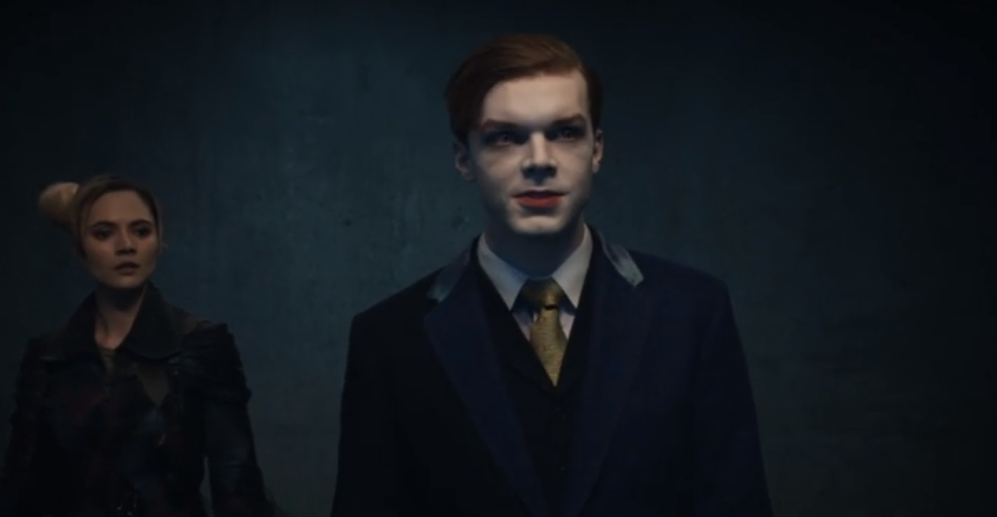 Echo and Jeremiah in ‘That Old Corpse’

With only two more episodes left this season, Gotham delivered an enjoyable episode in ‘That Old Corpse’, mainly due to the acting skills of Cameron Monaghan. It’s clear he’s having a lot of fun!

The thing about Gotham, especially during the current season, is that even though it has aired some good episodes, when you think about it (or sit down to review it), you’ll realize nothing really happened. Take away all of the crazy acting and over-the-top characters and you’re left with a very flimsy narrative which has been all over the place.

I didn’t review the previous episode, even though Barbara is one of my favorite characters, because it undid everything Baby Bruce and the rest had to go through. Bringing back Ras al Ghul so soon diminished the impact of his death on Baby Bruce and the senseless character arc he had this season.

The same holds true for Barbara. The writers clearly don’t know what to do with her anymore. I’ll be happy if she just decides to leave the city for a while. The writing team needs to figure out how to create better female characters.

Coming to ‘That Old Corpse,’ there was a lot of crazy acting and a forced relationship. Take those away and the episode can be summarized into one sentence: Jeremiah is a lunatic and wants to destroy Gotham. Big surprise!

Now, I still enjoyed watching it, especially seeing Cameron having a lot of fun playing both Jeremiah and Jerome. Robin Lord Taylor’s Penguin, as usual, chewed up the scenery and delivered some comedic scenes.

However, from a narrative sense, Gotham writers are more or less out of ideas at this point. Again, nothing really happened during this entire season.

Considering how things are right now, I wouldn’t be too disappointed if Fox decides not to renew Gotham for a fifth season. But if the network does decide to bring this show back for another outing, I would prefer a shorter run. Give me 15 or less well-written episodes rather than 22 episodes with a lot of filler.

What did you think of Gotham this week? Did you enjoy ‘That Old Corpse’? Let us know.