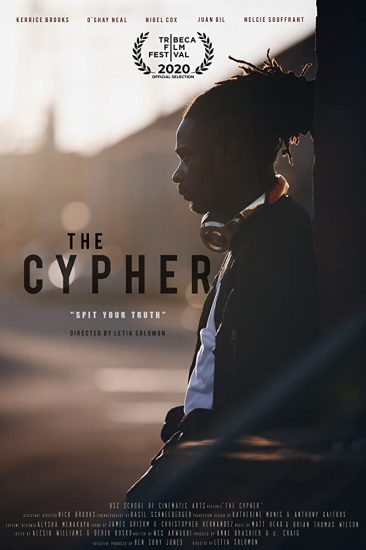 The Cypher, a short feature directed by Letia Solomon, introduces us to a world where rules may be made to be broken, but tradition is still the name of the game. What happens when one of the players decides the game doesn’t fit him anymore? Creativity and confidence are rewarded with domination, but The Cypher tells the story of a young battler who just can’t find a way to be himself.

In The Cypher, we follow Khalil (Nigel Cox), a young man living in the heart of Philadelphia. He’s taking part in a cypher hosted by Roxy (Nelcie Souffrant) who sets the rules. A cypher is not just freestyle, but specifically the gathering of people participating in these battles. It has to do with the rhythm, the back and forth of off the dome remarks meant to incite passion in the audience who feeds it right back to the two battlers.

A cypher can be terrifying and thrilling at the same time. We see Khalil and his opponent, K.O. (Michael Devon) go at it; their bars are biting and the rules are verses instead of violence. They’re encouraged to show their anger in their skills, to use their words as weapons and the raw kinetic energy is electric and stirs the crowd.. Khalil wins a spot against Yung Reap (played menacingly by O’Shay Neal) and we follow him through the day as he prepares. He does the normal things, cuts it up on the corner and teases his little sister who looks up to him. Then he goes and visits his boyfriend and- wait.

Hip-hop in general still carries a heavy cloak of homophobia and misogyny on it. In a cypher, with no holds barred, the macho energy only multiplies. The atmosphere of ours is a bit more open with Roxy at the helm, but can it be accepting of Khalil and his sexuality? 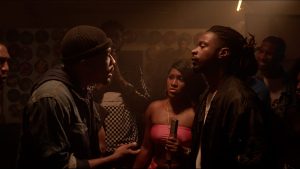 Sitting down with director Letia Solomon, we spoke about what drew her to the script. She’s a young black woman who was part of USC’s MFA program for TV & Film Production, focusing mainly on directing and producing. It’s the same program that saw graduates like Ryan Coogler, and a class that was specifically designed to show the students what it was like to work in a studio setting. So when she was choosing scripts, The Cypher, written by Wes Akwuobi, really stuck out to her.

“I have a really close family member and friends that have gone through a similar journey as Khalil. Having to feel like they can’t be themselves in all spaces, especially in the ones they love. Hip Hop is a wonderful community and part of who we are, but it can also be very unforgiving, especially in regards to what a Hip Hop artist looks like. It’s still very narrow at large, so that process of self-acceptance is something I heavily identified with.”

Letia seeks to tell the story of black men, and also men of color. The love interest in the film is Afro-Latino (Marc, played by Juan Gil) and she recognizes how machismo can apply the same sort of pressure. She had a valid perspective so when the script came she knew it was a story she could tell. 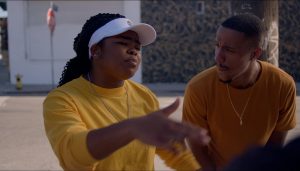 When crafting Khalil, several notes were made about what Khalil’s world looked like and who inhabited it. The character of Kiki (Kerrice Brooks) was a delightful addition. This cherub-cheeked dynamo has a talent of her own as we watch her freestyle around her friends. We learn she’s Khalil’s little sister and hopes to battle just like him. It’s Kiki who makes the ultimate discovery in the film, and it’s her naivety and compassion that make her relatable. In regards to experience, she’s a thematic opposite to Roxy who is the hostess for the cyphers. She’s a strong woman and she runs a tight ship.

“Those clubs can get very rough and sometimes fights break out, but Roxy can handle it.”

The environment is extremely real and rings true throughout the film. Khalil loves hip hop, but he’s also very vulnerable due to a secret he’s keeping. Despite this overall fear, he still has to bring it against these heavy hitters. There are no holds barred, at one point even the DJ provides an AUX chord so the opponent can get his burn just right. Khalil still perseveres and when his secret suddenly is not a secret anymore, he’s got to decide whether he’s going to let it ruin him, or define him.

It’s one thing to tell the story, but how you show the story is equally important. Letia knew that for her student film to look like anything but, she needed to employ techniques to bring the most out of the night and city scenes. Cinematography and lighting – specifically the use of color – were very important and in the forefront of Letia’s mind while putting the film together.

“We used Insecure as a reference, and of course Moonlight by Barry Jenkins. We kept going back and forth on how we wanted it to be depicted. Did I want it to be 8 Mile and very cool and gritty? It didn’t resonate or fully sit with me. As I did a little soul searching and discovered it wasn’t going to be 8 Mile because Roxy was in charge, a woman was in charge.”

The way Roxy’s character was built meant the cypher inside would have a little more color, a little bit more pizzazz. There are even some rhinestone elements. It’s still the premiere place where the best of the best come to compete, but Roxy would give it a bit more oomph. Because of that, Letia really played with the lighting and you can see the lighting used to great effect as bright neons illuminate multitudinous dark tones.

“This is 8 Mile meets Moonlight meets Creed, and that was our driving theme to drive all the other creative decisions for each department.”

When it came to screening the film, Letia handled it with care. It’s a music film, but also a drama about sexuality. There is an intimate scene and one note Letia received was to remove it completely.

“It was fascinating because there were different levels of comfort for two men kissing on screen… and that’s exactly why we’re doing it. Thank you for telling me that!”

Letia heard from a black queer man that the love scene was very tender and soft and not as aggressive as he normally had seen to that point. Letia wondered if the viewer wanted her to remove the scene and he replied exactly opposite.

“He said that it was different, and it showed the love between them and solidified their relationship to the viewer. It’s deeper than just a hookup or one night stand behind closed doors. They actually meant something to each other.”

Letia knew that her gut feeling was right and advocated that the film include these elements to further develop the characters. 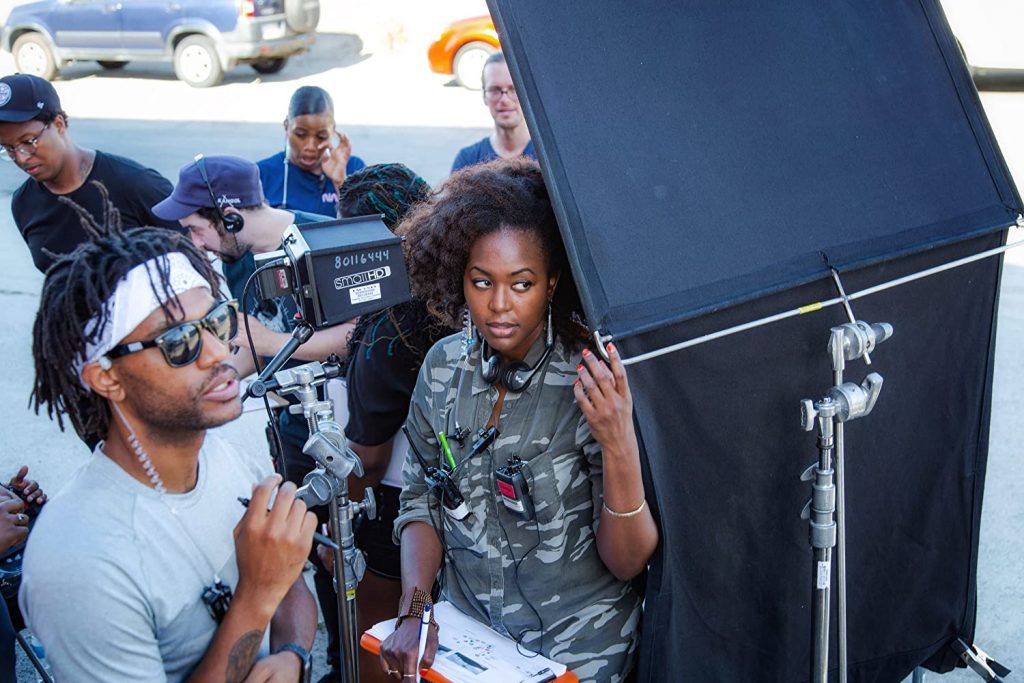 Premiering in Tribeca earlier this year and screening both at the American Black Film Festival and Outfest were high spots for Letia and the film’s exposure. As she continues in her career, I asked her what this film tells us about Letia as a director.

“As a director I will not shy away from uncomfortable subjects or showing people, and specially people of color, in more taboo ways, subjects and imagery. My goal is to show the taboo and make it beautiful. I’m committed to showing our flaws in a beautiful way. I’m all about trying to give you an experience of what it’s like to step into a person’s shoes and to feel the pressure they feel. I’ve always been someone who cares about the journey and not just the destination.”

Cypher is still available via the OutfestNOW app and on ABFFPlay. I look forward to seeing more from this important and strong, black voice in the future.

Have you seen The Cypher yet? What was your favorite part? Tell us all about it in the comments!