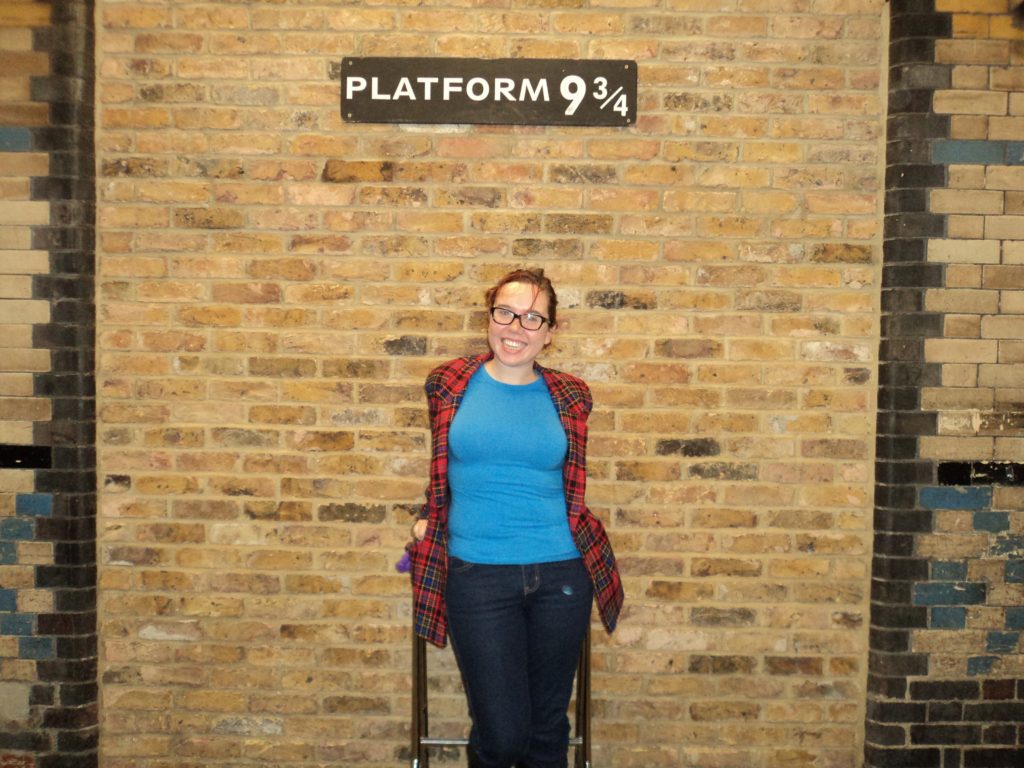 It’s been 20 years since Harry Potter and the Philosopher Stone was released in the UK, which means it’s been about 19 years since I first read it. I wish I could remember the exact date, but I was only 11 and I wasn’t aware how significant that moment was going to be.

Even at the time, without knowing anything that would come after, reading Harry Potter and the Philosopher’s Stone was a fairly momentous occasion. You see, it was the first book I ever read all the way through all on my own. That might be a little embarrassing since I was eleven but despite the fact that I always loved books I was a remedial reader, so reading Harry Potter was one of the hardest thing I had done.

I heard bits and pieces of the book as my mum read it to my younger sister but she refused to read it to me. Probably because she didn’t want to have to read the same story twice in the same month, which is fair. She told me that if I wanted to know what happened I’d have to read it myself and much to everyone’s surprise (including my own) that’s what I did.

Now I have a degree in English Literature and I call myself a writer by trade, so when I say Harry Potter changed my life I really, really mean it.

The years that followed my first introduction to Harry Potter were difficult for an obsessive fangirl that had not found her tribe yet. I spent a lot of time and effort trying to get people to read this super awesome book about a wizard and most people were not interested, until they were. It felt like overnight everyone decided to finally read Harry Potter and I was both excited and a little annoyed because I had been telling them and no one had listened.

Don’t worry though, I found ways to amuse myself. Like when I found out they were going to make a movie I decided to go through my copy of the book and underline everything I thought should be included in the movie… 98% is underlined. Basically everything except the conjunctions. I would not be a very good editor. 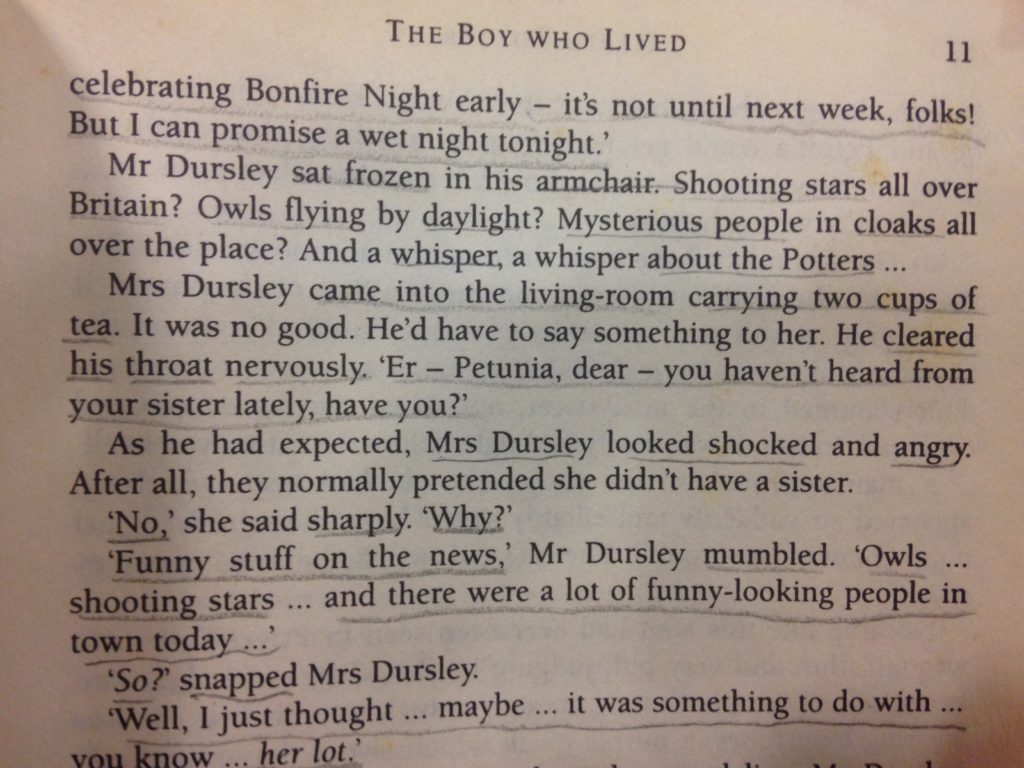 In a strange twist of fate right around the time my school yard friends actually decided to read Harry Potter was when I discovered the online fandom, so I didn’t really need them. I’d been waiting for someone to talk to about the book for some time and suddenly I had too many people. Also, my schoolmates were less interested in discussing whether Draco was in love with Harry, so it was on the Internet that I really found my feet as a Harry Potter fan. 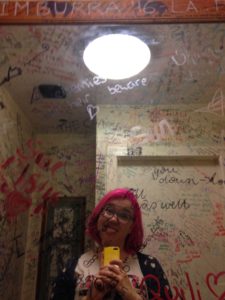 My experience in the Harry Potter fandom was not the same as some. It was certainly not as dramatic or exciting as that of some of the friends I have made in recent years. I watched much of the drama unfold while I kept to myself, talking to a couple of people but never really building that relationship beyond the occasional discussion about Harry Potter and the world he inhabited.

Mostly I kept my lives very separate, adamant that online fandom would not bleed into my offline world. This is kind of sad in a lot of ways because I didn’t get the same kind of fan friendships I got after I embraced my inner fangirl- but at the same time the early Harry Potter fandom was wild so part of me is glad I got to watch from a safe distance.

There were moments when fandom bled into my everyday world, because my family and my very close friends were very supportive of my obsession even if they didn’t know the full extent of it.

As an example, my mum let me and my siblings have a day off school when the first Harry Potter movie was released so that we could go to the first session in the morning. We did and it was amazing… I ended up seeing it three times on that first day. My mum also used to take us to every opening day so we could pick up a copy and start reading immediately.

Outside the Internet if there was someone I bonded with about Harry Potter it was my sister. I have to admit that she’s the one who picked the book out of the Scholastic catalogue so really this is all because of her. She’s not into fandom, but she is the self-confessed Harry Potter trivia champion of her home and we’re going to get a Deathly Hallows tattoo together in a couple of months.

Going through all the ways Harry Potter has embedded itself into my existence is quite bizarre, because I knew it was significant but writing it all out like this really puts it in perspective. It’s kind of impossible to see where Harry Potter ends and I begin at this point, but I wouldn’t have it any other way.

The years went on and I became a full blown teenager. As such I shifted my fannish behaviour away from fantasy and towards music. Still, while I was pretending I was too good for magic I was still there at every movie opening, every book release. Even when I wasn’t actively a Harry Potter fan I was still a Harry Potter fan.

Eventually I stopped trying to pretend I was cool and let my fangirl flag fly. This was both awesome and less awesome. Being public about fandom means that I don’t have a hide a part of myself, but it also means I’m exposing something incredibly personal to the masses for judgement.

Totally worth it, although I’ve pared back my public fangirl in the years since. Some things are just for me and my friends to share. 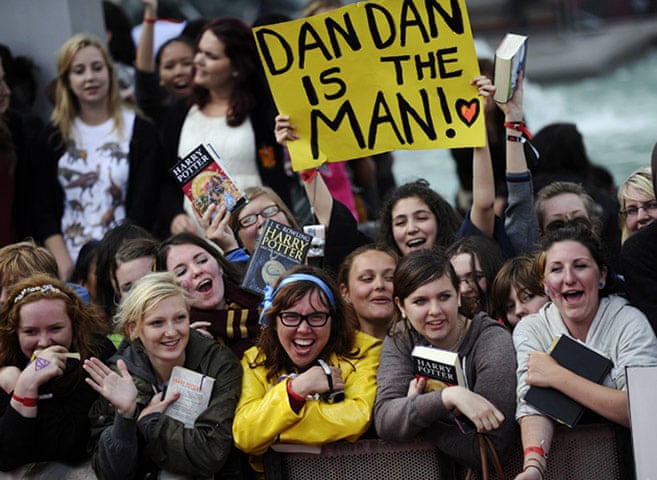 Photograph: Dylan Martinez/Reuters via The Guardian

It all kind of culminated in 2011 when I camped out with thousands of other fans for the London premiere of Harry Potter and The Deathly Hallows Part 2. I slept on hard concrete in the rain for three days and it was worth it because it felt like the end of a era. We didn’t know at the time that we’d be getting more Harry Potter soon enough. 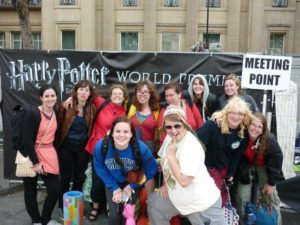 I remember crying and hugging complete strangers on that day in Trafalgar Square, saying good bye to something that meant the world to all of us. We shouldn’t have worried though because even before Harry Potter made his come back, it never really ended. We didn’t stop talking about, obsessing over minute details, figuring out how to fix that damn epilogue.

To be fair it wasn’t long before we got Pottermore, which I’ll be honest was a never really my thing (although it’s nice to know I’m a certified Ravenclaw). I do remember calling friends all over the world so they could find the magic quill! That’s what it was all about; reading seems like it’s a solitary experience but Harry Potter was always a group activity for me.

It’s the collective experience that I will always love about Harry Potter, even as I outgrow the some of the new stories. I loved reading the script of Harry Potter and The Cursed Child with all my friends even though I ended up being disappointed by it. Harry Potter has etched its way onto my soul but that doesn’t mean it’s about criticism. I don’t think I’ll ever be happier than when I’m engaging with the Harry Potter fandom. 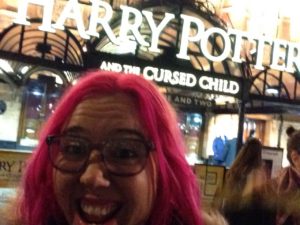 I grew up with Harry Potter but unfortunately it didn’t grow with me. When I first entered online fandom I was blown away by subtext. It felt groundbreaking, but it’s been over fifteen years now and I’m still waiting for an in-text queer character… hopefully one that is not played by Johnny Depp.

In my defense it is probably Harry Potter’s fault that I expect better. Sorry, JK, you had a hand in making me the kind of demanding entitled fan the Powers That Be tell horror stories about.

Still, every year without fail I pull my books off the shelf and start rereading, because while I expect more from new texts those seven Harry Potter books made me the person that I am. They followed me from remedial reader to an English Literature degree. From being too shy to talk to other fans, to flying around the world to meet them. From hiding my inner fangirl to writing openly about her.

I find it quite difficult to express my feelings about Harry Potter because it’s so deeply personal for me. Every time I get teary while I tell people Harry Potter made me the person I am today they look at me strangely, like I can’t tell the difference between fantasy and reality, but they don’t get it. Harry Potter has a tangible real world connection to my life. It’s moments and memories and friendships, and let’s be real- it makes up a good part of my ethical philosophy.

Previous:“Nevernight” Is a Dark and Compelling Fantasy