“Nevernight” Is a Dark and Compelling Fantasy 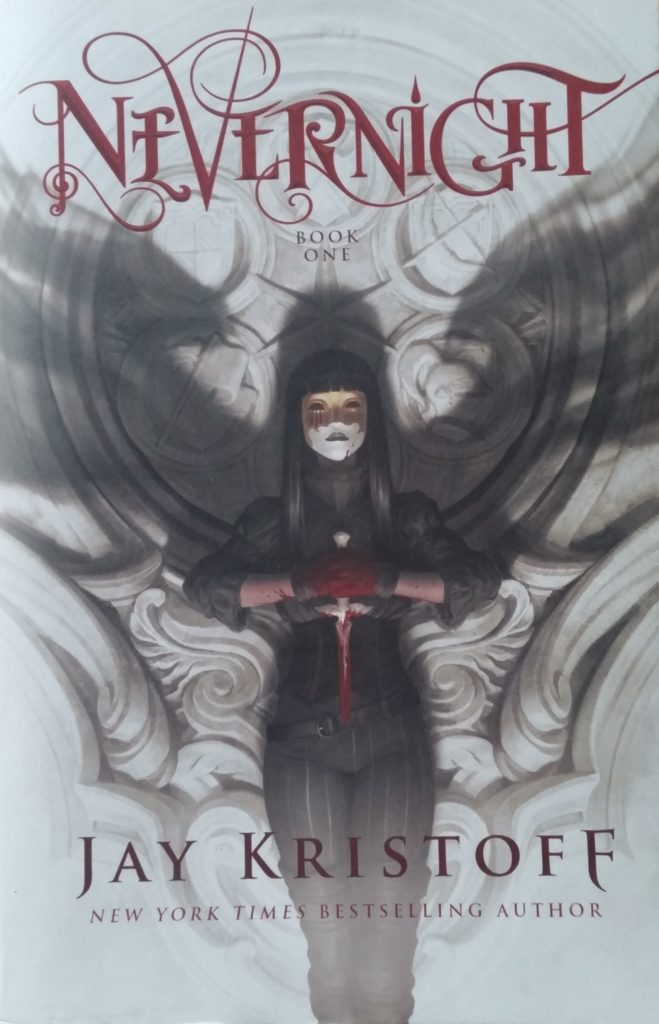 A world with three suns is the setting for Jay Kristoff’s Nevernight. In this world where it is almost always daylight, Mia Corvere has her family violently ripped away from her at a young age, and she spends the next six years mercilessly training to join the Red Church – a secret group of deadly assassins.

For Mia, those six years are just the beginning. As a disciple of the Red Church, she is continually tested, stretched beyond her limits and struggling to become one of the top acolytes so that she can become a Blade. As Mia’s training intensifies, we learn more about her and her chequered past. Mia is a Darkin, touched by the goddess of the night, and as such can command the shadows. Her cat-shaped shadow companion, Mister Kindly, has been at her side since the night her mother was taken; it is because of him that she is so fearless in her pursuit of becoming a Blade.

If you can work your way through the prose – which is heavy at times and overly-descriptive, especially in the beginning – Nevernight is a fantastic read. Yes, there are a lot of metaphors, and the tone can be melodramatic, but the world-building is amazing; Itreya is a vast, complicated country with its own complex history and vocabulary, and, reminiscent of Terry Pratchett, Kristoff has peppered the book with various dark humor-filled footnotes detailing historical and current events. I would actually be very interested in reading an Itreyan history book, should Kristoff ever wish to write one.

I wasn’t particularly a fan of using the exact same words to describe Mia both losing her virginity and taking a life, and the flashbacks have a tendency to break up the flow of the story, but I feel like the writing gets better as the book goes on.

Mia as a protagonist is quite compelling. She has spent much of her life training to be an assassin, yet while going through the actual training, she is told by multiple characters that she doesn’t belong there. At first, she is insulted, thinking that they think her not good enough, but by the end of the book she comes to understand what they mean. She wavers on making connections with her fellow acolytes – particularly Tric, to whom she is attracted, and Ash – because she’s been warned against doing so; and not without reason, at the rate at which acolytes die. For all that she is trying to be the brutal assassin the Red Church wants her to be, that’s difficult to do when you actually care about people.

As for the plot itself, I was intrigued. It’s slow going in the beginning as you try to adjust to the writing style, but once Mia’s acolyte training begins in earnest, I was hooked. I was able to predict some of the plot twists, but there were a few that I just did not see coming. So either Kristoff is great at surprising his readers, or I am terrible at picking up on foreshadowing.

There are problematic elements. Tric is a Dweymeri, which from the text sounds like a culture based off the indigenous peoples of Australia and the Pacific Islands, and they’re not portrayed in the most flattering way. It’s a fantasy novel, so leeway can be granted, but it’s still something to keep in mind. There is a plot point where the Red Church uses blood magic to make all of the acolytes “more attractive”, which I found annoying because that’s such a subjective assessment.

Nevernight is a dark book. It’s violent, and it doesn’t shy away from the gore. But it’s full of some great, multi-layered characters, and by the time I got to the end, I was upset that I have to wait until September for the sequel. I think fans of Red Rising or Game of Thrones will really enjoy this book; both of those series have a lot of similar themes.

Nevernight by Jay Kristoff is published by Thomas Dunne Books and is currently available wherever books are sold. The sequel, Godsgrave, will be out September 5, 2017.

Previous:Welcome to the Ballroom to Only Stream on Amazon Prime