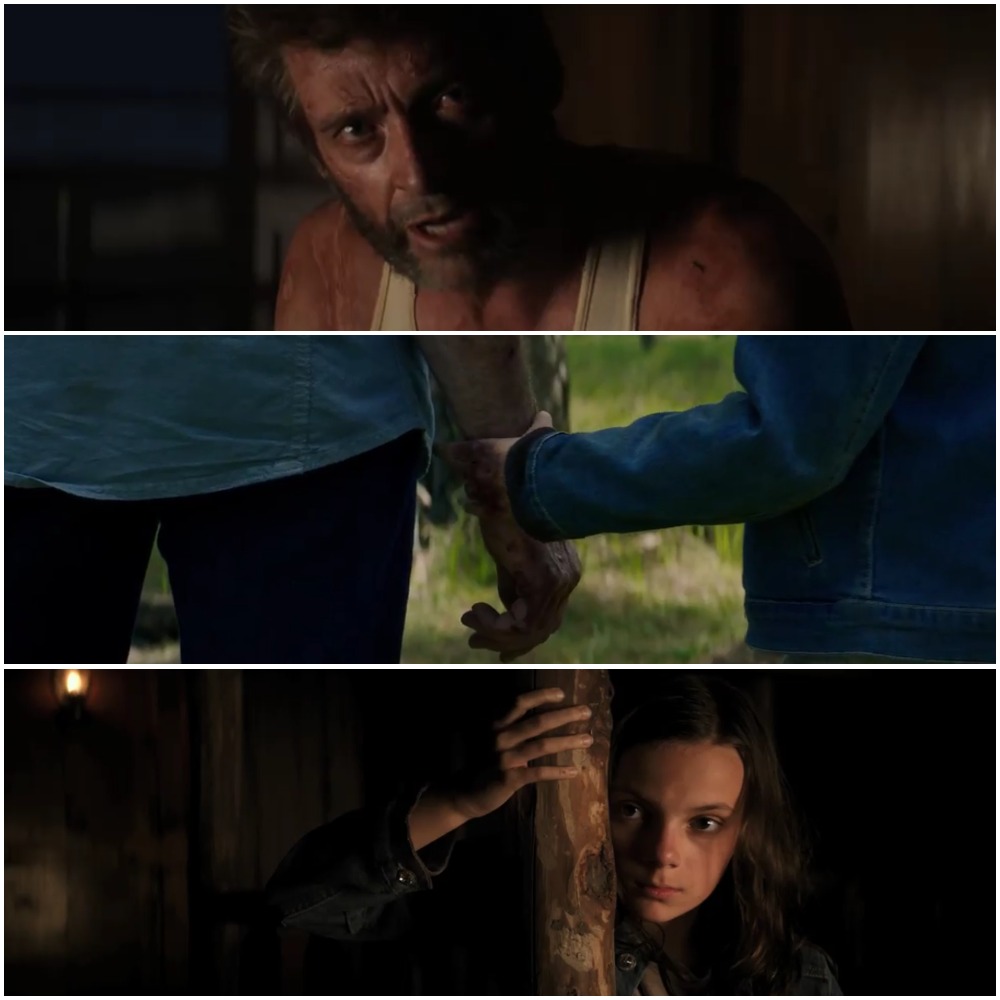 You know that dark, ultra-grim feel the DCU keeps missing horribly? Fox hits it right in the eye with Logan. This is a comic book movie that even people who aren’t super into comics will like. It’s intense, emotional, and so personal it hurts in the best way.

As always, this review is chock full of spoilers. You’ve been warned.

What I really love about Logan is how it refuses to spoon feed us anything. Everything is put out there, but it’s done without huge chunks of exposition. There is no scene where Wolverine and Caliban use an awkward talk about their feelings to give us background on where all the mutants went. You have to put it together yourself: Professor X has seizures where everyone around is in severe mental pain, he paralyzes a group of people in a casino, a radio report mentions something that happened in Westchester, the villainous Pierce makes an offhand comment about what happened “back east”, Charles Xavier remembers the horrible thing he’s done… the story is left out there like bread crumbs. It kind of breaks my heart that the Professor is the reason so many of his beloved mutants are paralyzed or dead. I mean it’s realistic given his powers, but wow, does that hurt. 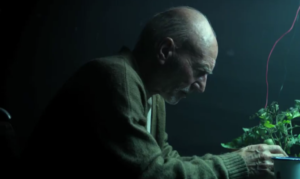 The strength of this movie is how it relies on the cast’s performances rather than high-end special effects. There are explosions, sure, but most of the emotional impact comes from watching the characters react and these people have serious chops. Patrick Stewart moves easily between confused elderly man and guilt-ridden professor. Hugh Jackman gets the script freedom to show off his skills instead of being limited to snarky one-liners. How has it taken Fox this long to realize his muscles don’t block his ability to show subtle emotions?

Also, holy shnikes can Dafne Keen act! X-23 is not an easy character, but this girl pulls her off flawlessly. Fox did choose to make her a little more talkative (towards the end) than the feral X-23 of the comics. In spite of that, I actually liked the stream of furious Spanish she lets loose with when Logan refuses to take her to North Dakota. It feels true to the altered storyline where X-23 has had caring nurses and other kids to play with.

I also like how Gabriela, the nurse, gets some good jabs in before she goes. I particularly enjoyed the part in her video where she tells how the Transigen doctors thought the nurses were too poor and stupid to figure out what was happening. It’s a solid criticism of the way some corporations from “civilized nations” use and abuse local populations in the countries where they hide from public scrutiny. Joke’s on you, Transigen, because nearly all the kids who escaped met back up at the forest station. (In fact I thought I saw all of them, but if that’s true why did they keep waiting for stragglers?) We don’t know for sure that the nurses died, either – it’s possible that some of them delivered the kids and moved on to throw off the trail or hide themselves. That’s a lot more likely than every kid finding their way there alone before Laura and Logan, anyway.

As far as representation – well, I’m conflicted. There were a lot of poor Mexican women who carried all these mutant clones and then “disappeared”. I guess that makes sense for Transigen to do, but I’m not a huge fan of women being used for their wombs and thrown away. Then again, this is a brutal movie that doesn’t even spare the title character from a messy death. It is at least a consistent level of violence.

Gabriela does die, but most of the characters in Logan die. Pretty much all the adult ones, anyway. It’s a brutal film. Also, if she was still around I’m not sure Logan would have taken Laura to North Dakota, money or not. I was a little frustrated wondering how she died right there in that chair but the Reavers didn’t find Laura. I also wondered about the phone being in the drawer instead of her hand until I realized she left it there for Logan to find. The Reavers were a little sloppy in clean-up, though. Maybe Logan showed up while they were off chasing Laura?

Balancing my frustration was the fact that it looked to me like most of the mutant clones were POCs. Many of the actors who played them were, so it stands to reason that carries over into the characters. I did a little research trying to nail down every clone but it’s kind of a guessing game, since the director deliberately left things a little vague there. The names I caught watching were “Rictor, Gideon, Bobby, Jamaica, Rebecca, Delilah”, but there aren’t a lot of matches to canon X-men characters when you figure in their powers. I mean, Bobby could be an Iceman reference? Maybe Gideon is the X-Force baddie? Also was that plant-moving kid a telekinetic or a rarer nature manipulator?

Original Rictor could make seismic waves, so I’m pretty sure this Rictor is his clone.You might remember that Rictor’s kiss with Shatterstar in X-Factor #45 was one of the first romantic same-sex kisses shown by a mainstream comic line. The clone is a little young for romance in Logan, but it’s good to see him as the competent, compassionate leader of the escaped mutant clones.

Logan is a rough watch, but the payout is worth it. This is the kind of comic book movie that gets nominated for Best Picture at the Oscars, and I’m excited to live in a world where comic stories are considered worth this kind of effort.

One warning: this isn’t a super kid-friendly movie. Laura and Logan go on a few father-daughter killing sprees and there is SO MUCH violence. A lovely innocent family is murdered (which, okay, that hurt a lot, though I saw it coming). At one point Laura brings a guy’s head out from a warehouse fight and throws it at Pierce’s feet, and that’s so in character for her that the Reavers don’t even look surprised. She’s a delightful murder child, and that might be a little much for small kids.

What did you think? Were you as happy-sad to see Logan finally get the good death he deserves? Did you ugly cry when Logan can’t even give a eulogy for the Professor through his choked-back tears, or when Laura rotates the cross on his grave to an “X”? Vent your feeling in the comment section below.

Previous:After “Logan” This is what Fox Plans to do with the X-Men franchise!
Next: Does all the Negativity Over Disney’s Gay Character in “Beauty and the Beast” Make Sense?