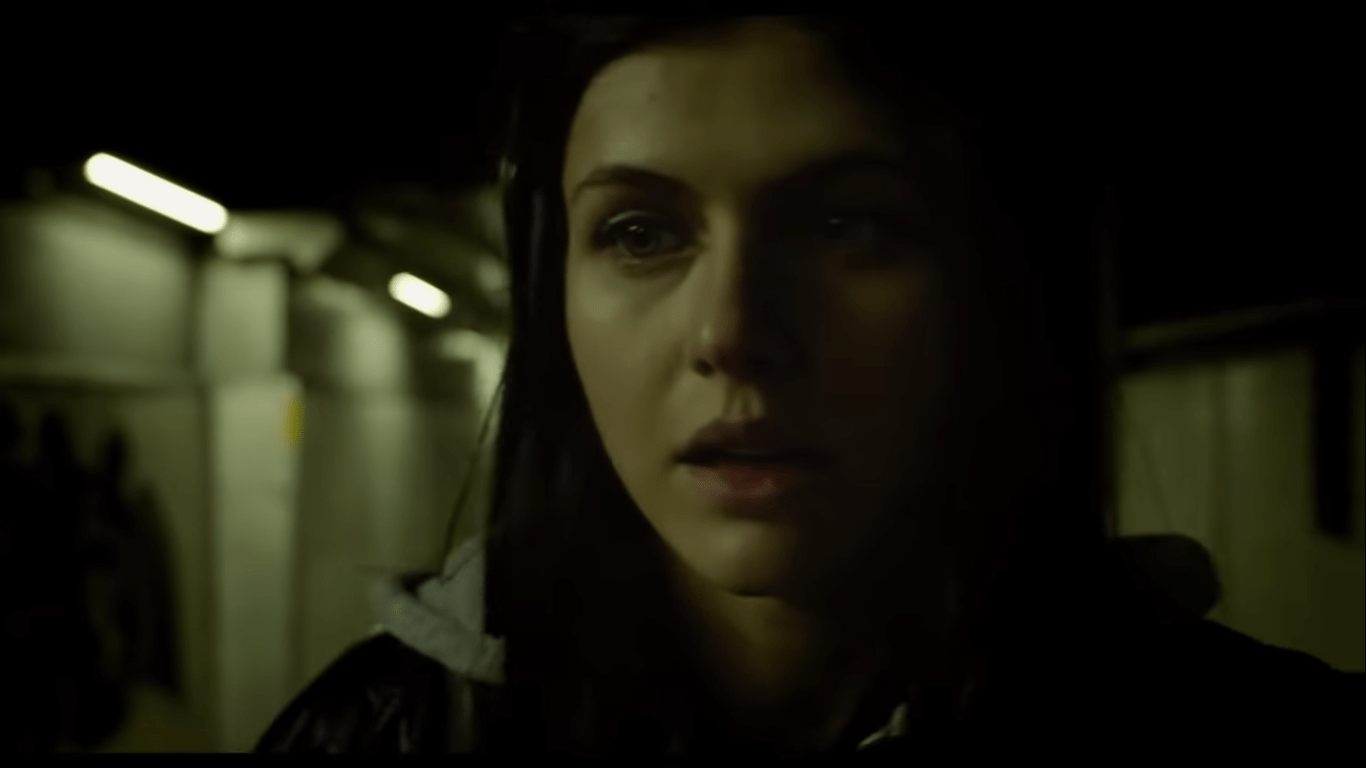 “Alone isn’t always about other people.” These words, spoken by our protagonist, Margaret, describe the atmosphere of Lost Girls & Love Hotels perfectly. A grim, haunting look at the chasm we must face when we spend our lives running from an uncertain future.

Lost Girls & Love Hotels, based on the 2006 novel by Catherine Hanrahan (who also wrote the script), is the story of Margaret (Alexandra Daddario), a young American woman who moved to Japan to flee a foggy, troubled past. She drifts through life by working at a school for flight attendants, getting drunk with her friends Ines (Carice van Houten) and Liam (Andrew Rothney), and having anonymous sex in love hotels. A chance encounter with Kazu (Takehiro Hira), a member of the Yakuza, sets off a chain reaction of events that causes Margaret’s life to spiral out of control.

I knew very little about Lost Girls & Love Hotels before sitting down to watch the film – only the summary. I hadn’t seen the trailer. I didn’t even know it was a book until I Googled it. Even with no expectations going in, it still wasn’t what I expected. I’m not sure yet whether that’s a positive or a negative.

Director William Olsson succeeds in creating an atmosphere of loneliness. This movie is positively drenched in despondency. There are a lot of moments where the scene is allowed to breathe – an extended scene of Margaret smoking at her window to the soundtrack of gentle rain, or Margaret lying in bed crying over the news that Ines is leaving Japan, with Ines out of focus behind her. 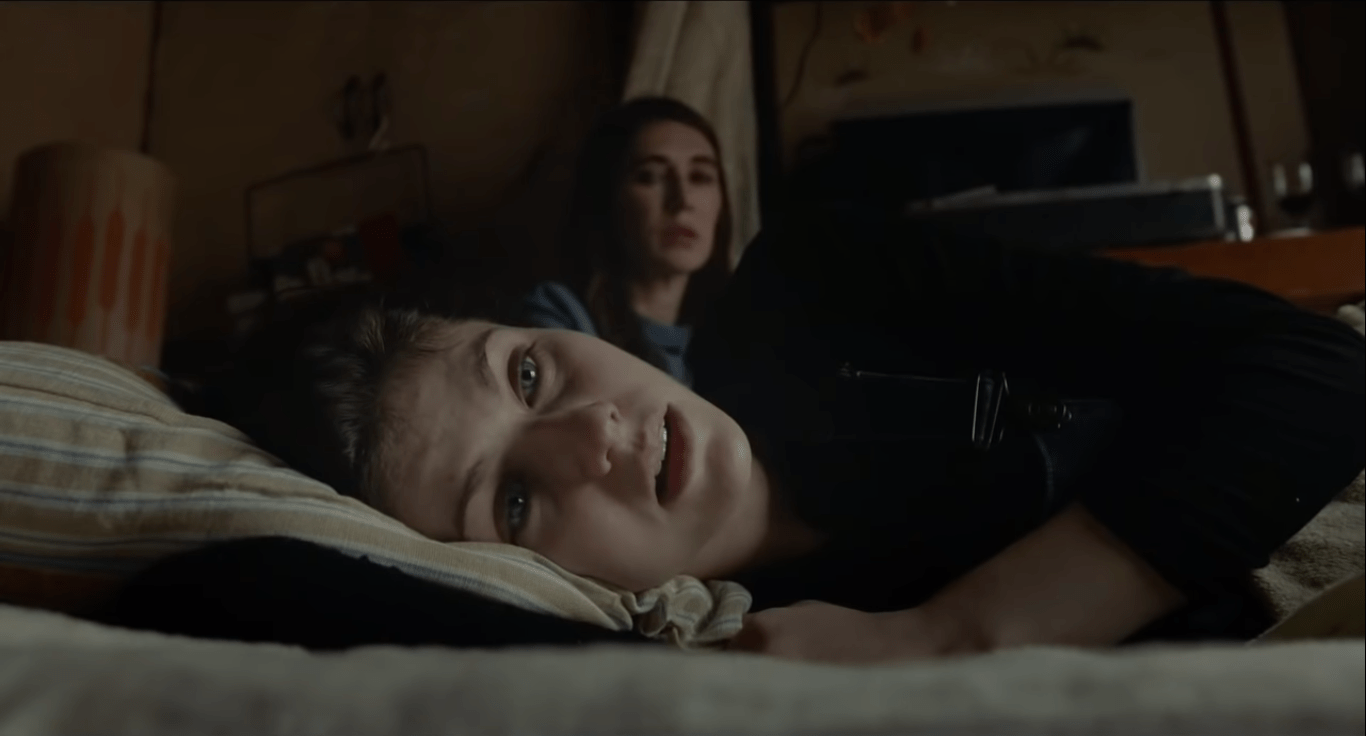 The scene where Margaret and Kazu go to Buddhas Womb, at the Kiyomizudera temple in Kyoto, is especially jarring. The two descend the stairs into total darkness, which continues for several long moments, until they, at last, emerge into the light, where an ancient stone is illuminated by a hole in the roof. It’s a metaphor for Margaret’s character, that first, you must get through the dark times in order to see the light. It’s a metaphor that I didn’t get until the end.

Music and sound work in tandem to highlight the pervasive loneliness of Margaret’s existence. Lost Girls & Love Hotels is a quiet film – wheels on train tracks, the falling rain – with music to match. You can tell when Margaret hits rock bottom because the score takes on a more sinister tone, the perfect soundtrack to a scene in which you don’t know whether or not she’ll make it through unscathed.

It’s a beautifully-shot film, if a little disjointed in its narrative.

I imagine the disjointedness is intentional, as it speaks to Margaret’s deteriorating mental state. It’s a film-making choice made necessary by the absence of certain elements from the book that would fill in the blanks in the script. However, this cinematic choice makes it very difficult to get invested in any of the characters, because all we are seeing are snapshots of their lives – brief, fleeting moments that don’t allow us to get attached to any of them.

That’s all Lost Girls & Love Hotels is – a collection of moments gathered together into some semblance of a plot. I empathize with Margaret, quietly crying in bed that one of her only friends is moving out of the country, but Ines’s presence is so limited that you don’t ever really get a sense of their friendship.

Then again, perhaps that is the point. Perhaps we aren’t able to become attached to any of these characters because Margaret herself is so absorbed in her own pain that she doesn’t form lasting bonds.

For example, when Liam’s girlfriend, Louise (Kate Easton), stumbles across Margaret after the latter has been evicted, we learn as she does that Liam has been deported. Amazing that earlier in the movie, Liam casually suggested the two go to a love hotel, and Margaret told him that he was like a brother to her, yet later she is surprised to discover that he has a girlfriend and had no idea that he was deported, which isn’t exactly an instantaneous process. 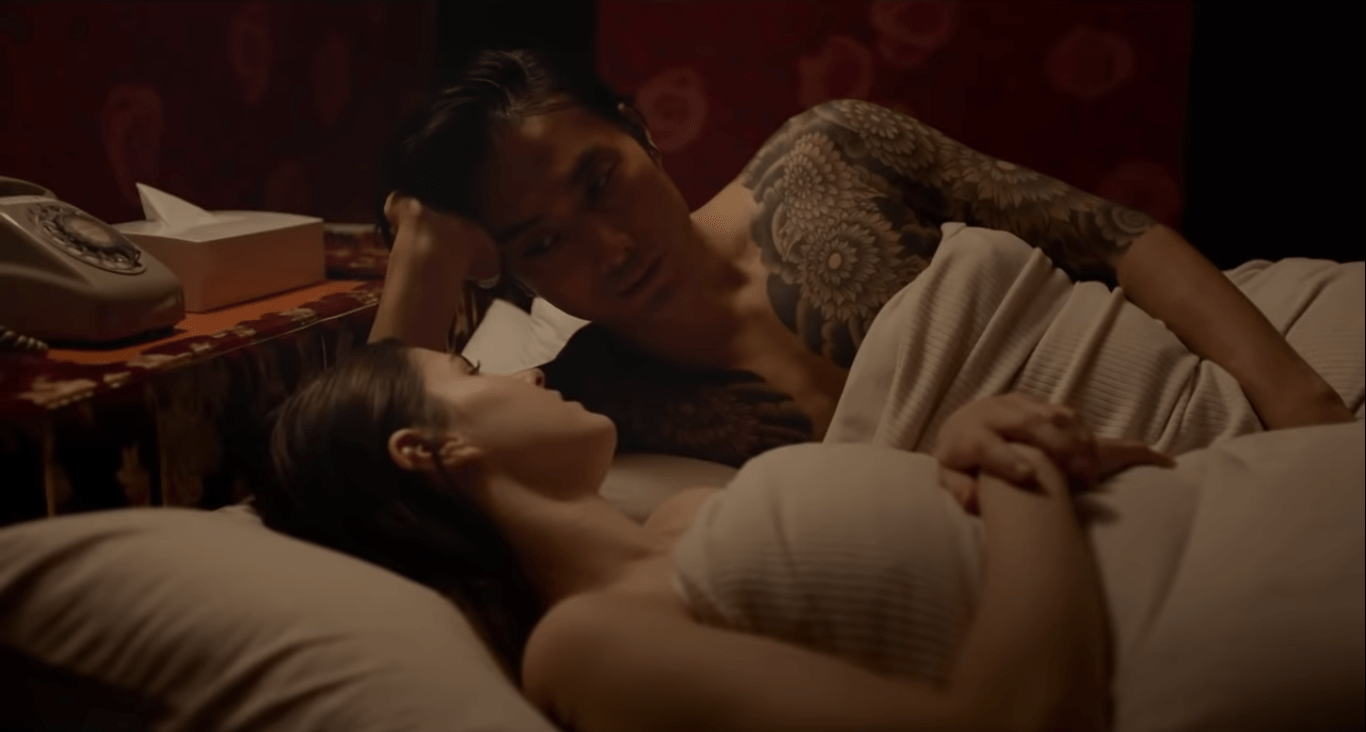 Even our protagonists are woefully underdeveloped, though that may be intentional as well. We know very little about Kazu – even the fact that he is Yakuza is never directly stated – which makes him all the more mysterious, but then leaves you wondering how Margaret manages to fall in love with this man we know nothing about. At one point, she asks him why he likes her; “You’re special,” he says. But then one day he takes her on a trip, abandons her on a train, and then disappears.

The past that Margaret is running from is murky throughout the film. Everything is explained properly in the book, but in the film, you’re left to fill in the gaps yourself. She tells Ines that she feels destined to go crazy; a brief mention of her brother reveals that he is mentally ill. At one point, a drunk businessman at a sushi restaurant stumbling into her makes her hands shake. A scene of her alone at a rave transitions into her waking up in a panic. She shows up to work hungover at one point. She may or may not be stalking Kazu. It’s clear that she is unraveling, but other than the fact that she is the protagonist, I don’t know why I should care.

There is something that I must touch on, and that is the essence of Margaret’s sexual encounters. Margaret likes to be submissive – she particularly enjoys being restrained and being choked – and she often throws this at her partners without any sort of discussion. She tells Kazu that it’s the only thing that turns her on. I imagine it’s intended to be provocative, to emphasize how reckless she is in her personal life. While I’m not one to kink shame (and honestly, for anyone who reads erotica, this is fairly tame as kinks go), it is unacceptable to force others to be a part of something they want no part in.

Also, those who are triggered by sexual assault may want to skip this movie. There is no on-screen (or even off-screen) assault, but a couple of times there is the threat of assault, and for some people that may be enough.

Nonetheless, it’s clear that Lost Girls & Love Hotels is a deeply introspective dive into the psyche of a young woman at the end of her tether, an evocative look at the dangers of nihilism. Despite the film’s overwhelmingly bleak outlook, there is a kernel of hopefulness that people caught in downward spirals aren’t necessarily headed for self-destruction. It isn’t a particularly bad film, per se, but it wasn’t exactly to my tastes.

Lost Girls & Love Hotels will be available digitally and On Demand September 18.

*I was provided with a free screener in exchange for an honest review. All opinions are my own.*