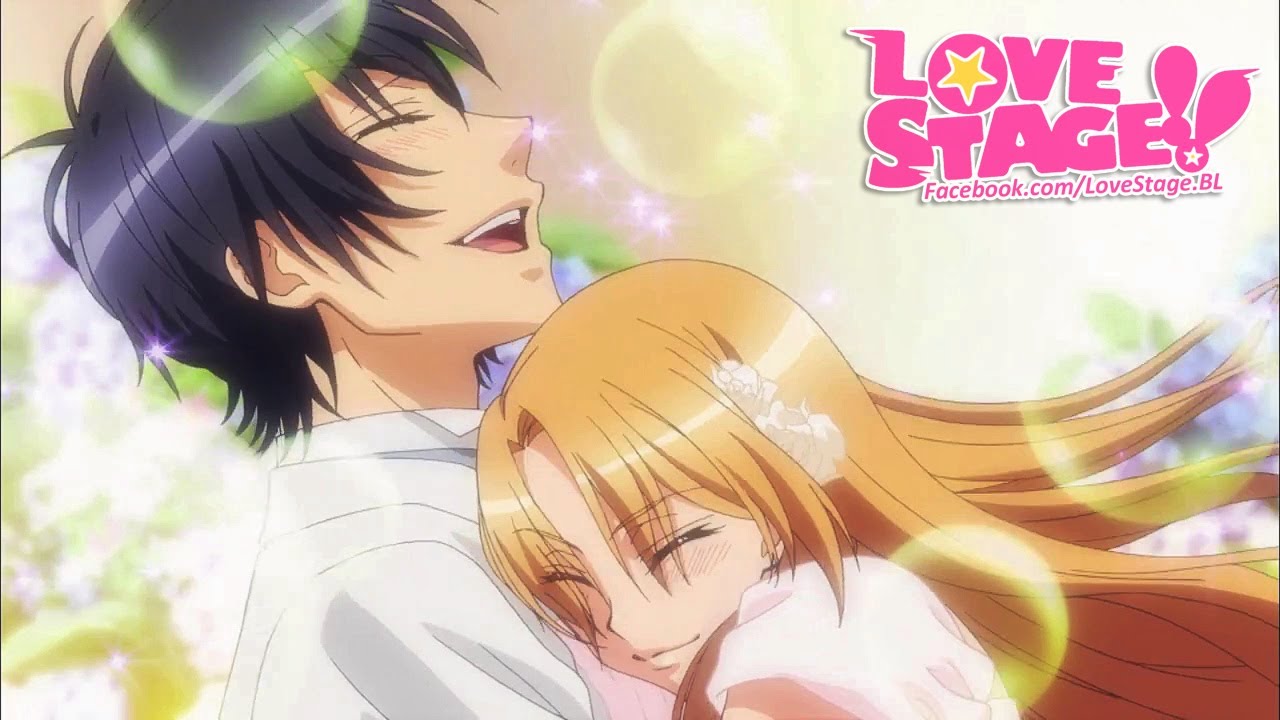 While I’ve been making it my personal mission to find the best Yaoi and Shonen-ai out there, I was recommended a brand new show that just started last week. Unlike the other shows, which I’ve been binge watching over the course of a few days, this one is coming out at a maddeningly slow pace of one episode a week (like a normal show or something, jeez!). Love Stage!! is based off the popular manga of the same name and centers around the character Izumi Sena, a young college student from a family of entertainers. His father is a singer, his mother is an actress, and his brother stars in a pop band. Izumi, however, would prefer to read manga and has his heart set on being a mangaka, despite his seeming lack of talent in that area. The first episode sets up this premise nicely and also sets us down the path towards shonen-ai/yaoi territory pretty quickly which, let’s face it, is a pretty big reason for why I tuned in in the first place. It’s so much more than that, though, and I’m finding myself enjoying the visuals and the characters greatly. 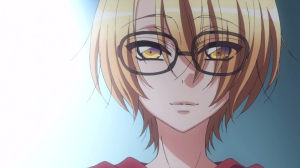 The first episode puts us directly into the conflict that will no doubt drive the inevitable romance forward. While Izumi isn’t a performer like the rest of his family, he somehow got roped into playing a little girl in a commercial a decade ago because the actress simply didn’t make it to the set in time. Izumi was very reluctant to do this, but he was a kid and didn’t really have any choice in the matter. All he had to do is stand next to a boy in a wedding party and catch the bouquet from a bride played by his mother. It seems pretty simple, but Izumi is just not a performer. The whole experience was traumatizing for him and it’s implied that he wet himself out of fear during filming.

When the company decides to make a 10 year anniversary reprise of that same commercial Izumi finds himself once again being forced into something he’s very adamant against. Being the only non-performer in a family of performers means that nobody really understands his reluctance to what seems like a very simple gig to everyone else. I totally get him, though. Performing just isn’t for everyone and I’d rather relax in a quiet place with something to read, too. I feel like this is something a lot of people can relate to. The relatability of the main character is definitely a highlight of the show so far. Having a huge geek as your protagonist is a pretty smooth move if your target audience is also a bunch of geeks. And hey, no shame in being geeky. It’s in the title of this very website, after all. So right off the bat, I’m really liking Izumi.

Another aspect of Izumi’s reluctance for reprising his role is the fact that he’s a guy who played a little girl when he was a child. The producers and make up crew insist that he can still pull off looking like a girl, but he’s incredibly self conscious about the whole ordeal. He’s assured time and time again that nobody will know who he is and he’s perfectly passable as a girl, but that does very little to alleviate his anxiety. Not only is he trying to keep his identity a secret, but he has to perform, which he’s really really bad at. It’s an all-around another traumatizing experience that reduces poor Izumi to tears. During the first take he trips on his dress and falls face first in front of the entire cast and crew, which is nearly as bad as his whole pants wetting experience on the first go around a decade ago. Poor Izumi is once again humiliated and completely out of his element. 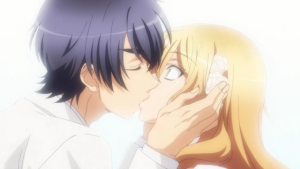 This is where Ryoma steps in. Ryoma was the male counterpart to Izumi’s character in the first commercial and happens to now be a famous actor in his own right. Ryoma remembers Izumi very fondly from so many years ago, which is clear from the moment they’re reintroduced to each other in Izumi’s dressing room. Though Izumi had forgotten much of that incident (honestly I’d wipe that experience from my mind too), Ryoma is happy to remind him of how the lucky charm they shared helped Izumi calm down when they were kids. It works again this time and the two are able perform their scene together…  which, surprisingly, ends with a kiss. The kiss seemed to come completely out of nowhere to Izumi, which makes me wonder if he even saw the full script of the scene he was supposed to perform. I’m really interested to know how such a vital part of the scene just sort of got glossed over for Izumi. Really, how the heck did that happen?

With that kiss, we go hurdling down the path towards the yaoi plot line that drew me in in the first place.

Overall, I really enjoyed the premiere episode. The art style is very appealing, the protagonist is relatable, and the premise, though a bit unrealistic, is interesting enough to keep me hooked. While it’s the genre that drew me in, it’s the characters that are keeping me around. I can already relate to Izumi a great deal and feel like I’ll be able to experience the story through him quite easily. As I haven’t read the manga, I don’t know exactly what’s coming and I’m looking forward to heading into this series essentially spoiler-free. As with many anime that I’ve watched, if this show keeps me hooked through to the end I look forward to giving the manga a shot as well.