I have been waiting for a male Pink Power Ranger in the Mighty Morphin Power Ranger team for decades. We recently got to know about Daniel O’Halloran (the male Pink MMPR from the 1969 team) and now the Go Go Power Rangers comic book series (BOOM! Studios) is ready to give us another one!

The future covers for Go Go Power Rangers showcase the team swapping colors. This event will occur after the conclusion of the highly-enjoyable Shattered Grid arc. GGPR Issue 16 features the entire team in their swapped colors and weapons. Trini will become the Red Ranger with Jason turning into the Yellow Ranger. Billy is going to be the Black Ranger with Kimberly being the Blue Ranger and Zack morphing into the new male Pink Power Ranger.

What’s interesting is that if you look closely, even though the costume colors have swapped, the Rangers still have the glow of their original colors.

Going by what’s shown in the comic book covers, it seems the color swapping will first occur in GGPR Issue 14. Also, things are likely to grow intimate between Trini and Jason. It will also be interesting to see the team trying out the different weapons they now have. Will their Zords swap, too?

According to IGN, the upcoming story will sow the seeds for the ‘Green With Evil’ arc which will show Rita Repulsa obtaining the Green Power Coin for the first time. 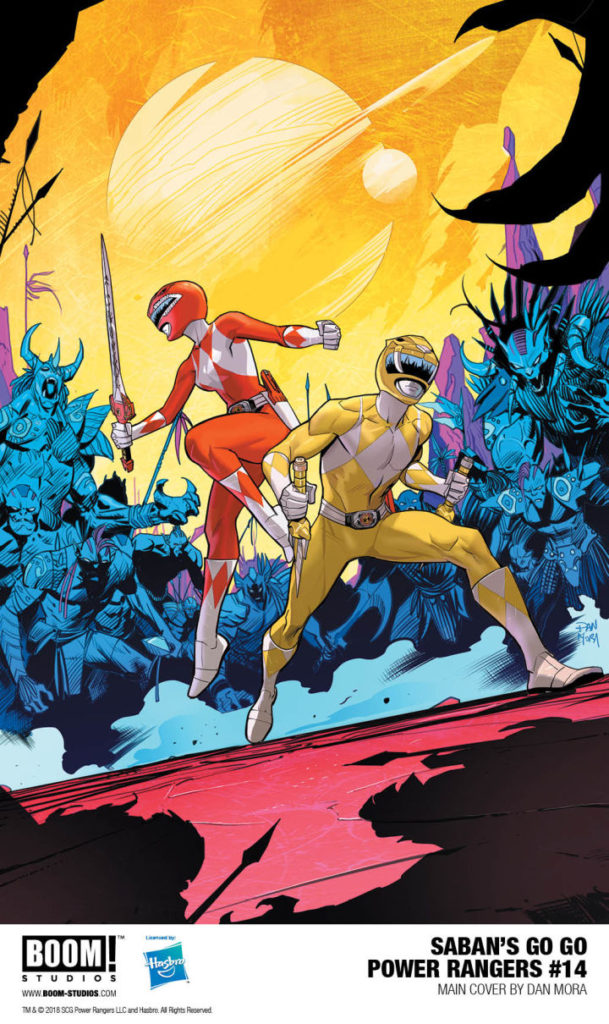 While we still have to wait for a male Pink Power Ranger to appear onscreen in the US version of the Power Rangers franchise, it is a good thing to see things changing for the better in the comic book series.

Max Landis’ rejected film script for Power Rangers featured Zack as the Pink Ranger and Kimberly as the Black Ranger. Instead of what the world getting to see Landis’ script made into the movie, we got the safer Power Rangers 2017 reboot which failed to impress at the box office.

I hope Funko decides to do figures for color swapped Power Rangers.

Are you a fan of the Power Rangers franchise? What do you think of Zack being the male Pink Power Ranger? Let us know.