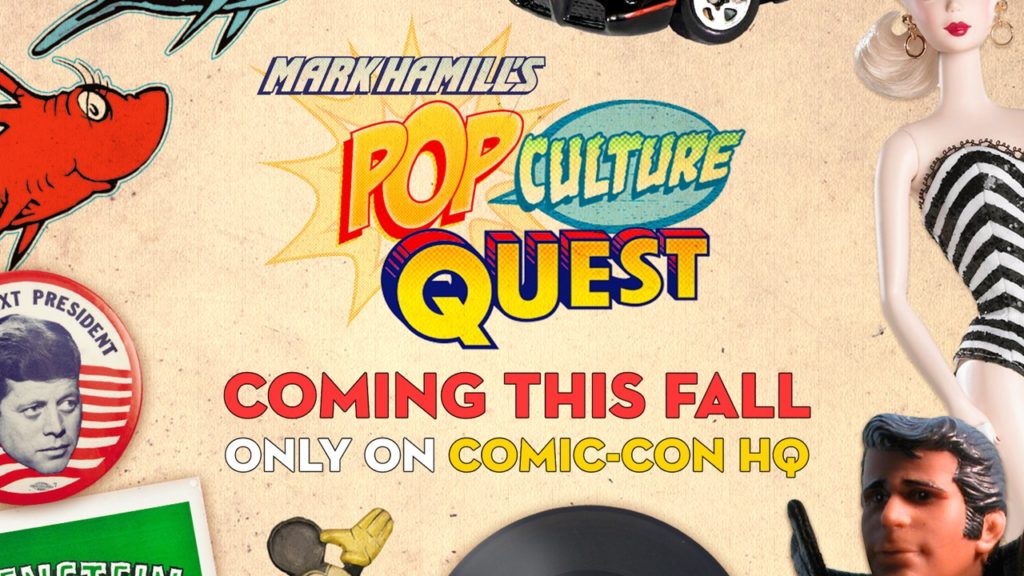 Announced earlier today, Mark Hamill will be hosting a docu-style series focusing on collectors and their memorabilia on Comic-Con HQ, the new subscription video on demand service that intends to turn the excitement of San Diego Comic-Con into a year-round event.

In Mark Hamill’s Pop Culture Quest, Mark brings his “encyclopedic knowledge of pop culture and passion for memorabilia to Comic-Con HQ”. Mark is, of course, best known for his role as Luke Skywalker in the Star Wars franchise, and production on Mark Hamill’s Pop Culture Quest will start this month — as soon as he returns from shooting Star Wars Episode VIII in the UK. The show is slated to premiere sometime this fall.

Mark has been collecting various memorabilia — including comic books, toys, lunch boxes, records, puppets, and original artwork — since the 1970s, and now with Mark Hamill’s Pop Culture Quest he has a platform to share both his collection and his love of collecting with the world. The show will also give other collectors the opportunity to show their appreciation with the greater Comic-Con community.

I’ve been a collector all my life. This show is a natural outgrowth of that passion. Now I have an opportunity to collect other people’s collections! I can’t wait to see what’s out there and share it with the world. Collectibles are a living history of who and what we are, so we just might learn something…but there’s no doubt we’re going to have fun!”

Comic-Con HQ is still currently in beta, but anyone can sign up for free extended trial on web browsers and iOS/Android devices. The paid subscription service will officially debut this summer across more devices and platforms such as Roku, AppleTV and Amazon’s Streaming Partners Program; additional devices will become available in the months to come.

As a collector, I love the idea of a show allowing others to show off their collections. I would probably be a little embarrassed by mine (I collect Care Bears), although if Luke Skywalker came to my house and wanted it to see it I would let him, but I think it would be awesome to see what other people collect!

What do you guys think of Mark Hamill’s Pop Culture Quest? What do you collect?