WARNING: The following post contains Walking Dead news that involves slight spoilers for Season 7, as well as a spoiler for anyone who hasn’t read the comics (at least through issue #108) and one regarding Fear the Walking Dead‘s midseason finale.

In the past week alone, The Walking Dead news has included Robert Kirkman responding to the backlash about the end of “Last Day on Earth“, speculation about a Fear the Walking Dead character appearing on TWD soon, and mentions of another character that most comic book fans surely never thought we’d see – Ezekiel’s Tiger. 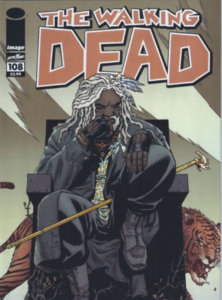 A lot of fans weren’t happy with the way Season 6 ended, and when Slash Film recently asked Robert Kirkman about the backlash, the comic book creator and writer responded, “I was very flattered by all of the response that we got…It shows that people are still invested. I think the negativity surrounding that was unfortunate but I think people have been watching the show for six years and they’re entitled to their opinion. I’m happy with how things went and I know that we’ve got a great season seven coming up so it’s going to be cool.”

Honestly, I think this is about the best response fandom can hope for. I’m one of the people who questioned that finale, and while Kirkman’s words don’t necessarily put my questioning to bed, it helps that he can acknowledge the negativity but understand its existence. Let’s be honest – a lot of creators wouldn’t do that. The fact that he is happy “with how things went” – presumably referencing who Negan kills, because I can’t imagine him not killing anyone – is certainly an interesting twist, considering how strong the rumors are that the show writers didn’t choose the same first victim as the one in the comic books. 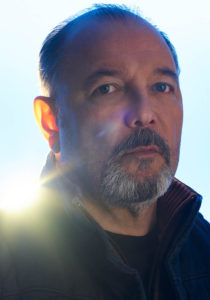 And speaking of that “great season seven coming up” – in other Walking Dead news, Inquistr seems to think that there’s actually a chance for a crossover character between TWD and FTWD. While this piece of “news” is mostly speculation, we now know that Negan’s men often come with burns on their faces. There’s a reason for that, one which has yet to be revealed on the show, but rumor is that perhaps one of Negan’s men came about his burns a different way. Inquistr believes this man will also be “a tested and truly unflinching warrior”, and they’ve named Daniel Salazar as a strong possibility for that role. After all, we so no evidence that he died in the fire in Fear the Walking Dead‘s midseason finale.

Considering the writers and producers have so far brushed off suggestions that the two shows may eventually merge in some way, they also haven’t dismissed the idea entirely. However, Daniel Salazar appearing on TWD seems like nothing compared to The Walking Dead news that claims the show will probably be introducing Ezekiel soon. Not only that, despite predictions that they wouldn’t bother with his tiger Shiva (which I wouldn’t blame them for – that would be an expensive undertaking regardless of whether it was CGI or a real animal), Comicbook.com heard something different. Specifically that “the show is ‘trying’ to bring Shiva to life and that we can expect to see the tiger in the trailer at San Diego Comic Con.”

Well folks, SDCC is just seven weeks away, and if The Walking Dead’s presence there holds true, we’re sure to see and hear quite a bit about Season 7.

Previous:“Mark Hamill’s Pop Culture Quest” Coming to Comic-Con HQ
Next: Quiz: Which Ruby Are You?