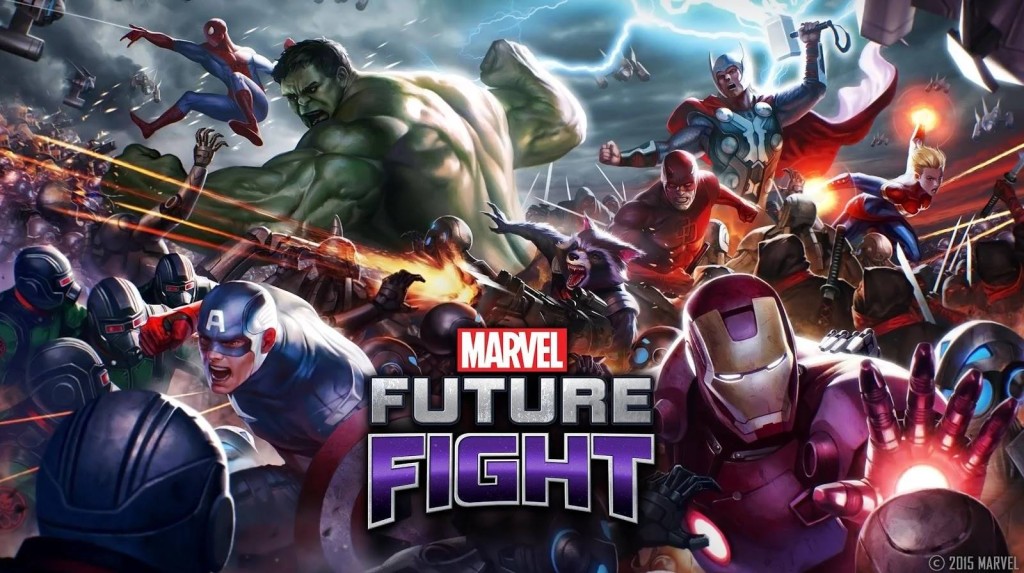 Marvel hasn’t been able to offer fans engaging game titles on iOS and Android. I enjoyed Marvel Puzzle Quest a bit, but titles like Marvel Contest of Champions felt like a poor rip-off of DC’s amazing Injustice: Gods Among Us, and Marvel Mighty Heroes was a complete bore. I got to know about Marvel Future Fight through a friend of mine and I have to say it’s the best Marvel game on the iOS and Android platforms yet.

I always have my inhibitions when installing a free-to-play title on my device. Such games usually demand players to use real world cash if they want to progress. You can try completing the game without using a dime, but it more or less leads to strenuous hours of replaying the same missions until you get bored and delete the game altogether. 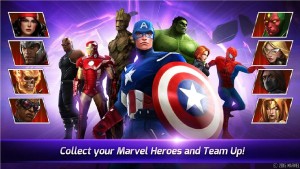 While Marvel Future Fight does have in-app purchases, it’s also capable of providing players with an immersive experience that doesn’t force them to spend money. The RPG mechanics, character building, and collection of resources will keep you playing the game for hours.

The gameplay is quite easy. You form a three-man team consisting of heroes and/or villains to fight a universal threat. The character selection is quite interesting. You can play as Angela, Black Bolt, or Green Goblin as well as choose from some of the staple franchise characters such as Iron Man, Black Widow, Captain America, and other Avengers. I didn’t see any X-Men in the character roster, which I hope changes soon because I really want to play as Storm.

The missions are simple. Each stage is divided into small portions consisting of a handful of enemies you have to beat until you face the final Boss. You can swap between the three characters on your team anytime you want. Each character comes with his or her unique set of special abilities, which also have specific resistances and vulnerabilities against certain classes. The special attacks have a certain cool-down period, so it’s better to switch characters when that happens. You can also summon an ally to aid you in battle. I recommend using this option when facing bosses because the ally can only be called once per stage for only ten seconds. 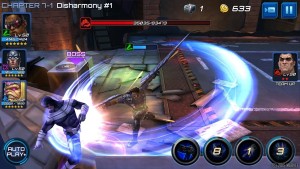 The movement controls offer two options. You can select the simple ‘tap’ controls or the ‘joystick’ pad. I preferred playing the game with the joystick pad controls because it offered better movement and attack capabilities compared to simply tapping the screen to perform every action. There’s also an ‘Autoplay’ option you can select and let the A.I play with your characters if you don’t feel like completing a mission yourself.

The in-app resources are used for a variety of things. The crystals are used to buy energy, and Dimension Chests which will give you Hero Biometrics, or ISO-8, at random. The Biometrics can be used to unlock heroes while the ISO’s are used to upgrade abilities. The in-game gold is used for upgrading skills and hero gear. You also get a free Dimension Chest per day which is good thing if you don’t want to buy crystals with real money.

While the current roster of characters doesn’t offer the heroes I truly want to play with, Marvel Future Fight is still an entertaining free-to-play game, and the whole experience is made better due to impressive graphics.

Have you played Marvel Future Fight yet? What did you think of it? Let us know!

Previous:Orphan Black 3×5 Review: Scarred by Many Past Frustrations
Next: Teen Wolf Giveaway!