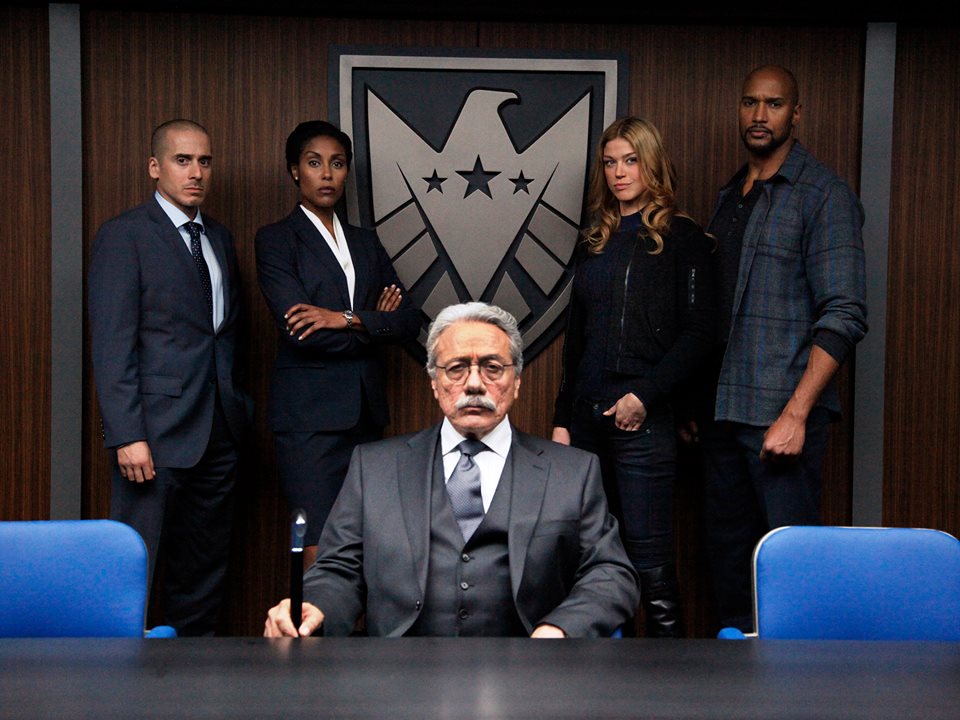 Looks like they’ve finally figured it out: this show works better when the main cast are operating outside S.H.I.E.L.D. Because as I have said before, it’s incredibly hard to rectify the individualistic idealism of the Superhero genre with a government sanctioned agency. Plus, they’ve got to set up Civil War somehow and they’re certainly heading in that direction. Let’s face it, this episode was the best of the season, and if it’s anything like the last time they pulled the rug out, it’s only going to get better from here.

This week on Marvel’s Agents of S.H.I.E.L.D. Skye is hanging out in the house that Banner built, where she is visited by fellow InHuman Gordon, who wants to teach her how to control her powers. Back at base, Bobbi steals Fury’s magic box of secrets and shuts down the base so that her colleagues from new-S.H.I.E.L.D. can come in and take over. Flashbacks to the aftermath of the events of Captain America: The Winter Soldier show us that new-S.H.I.E.L.D. was founded on the aircraft carrier Iliad when Bobbi, Mack and Hartley decided that since Fury got them into this mess they should probably stop taking his orders.

In the end, new-S.H.I.E.L.D. goes after Skye, which does not end well when she uses her superpowers on them and runs off with Gordon. May and FitzSimmons are currently being held by new-S.H.I.E.L.D., but Coulson escaped and met up with Hunter who unfortunately did not drown during his escape from the Iliad. Basically it’s not looking good for Coulson’s team, but at least they’re the underdogs again so yay!

First thing I have to say is that I’m a little confused about how I’m supposed to feel about new-S.H.I.E.L.D. Like they’ve clearly got some dangerously genocidal ideas, which I am not a fan of, but when Bobbi decided to blow off Fury’s orders and save S.H.I.E.L.D. she kind of had a point. I mean while Hydra definitely bears the brunt of the blame, Fury has to admit some fault. He was in charge, after all; the buck has to stop somewhere. Even if we’re absolving his guilt, what happened in The Winter Soldier is a pretty clear indication that the way S.H.I.E.L.D. was run did not work very well. But then Fury goes and grooms Coulson to rebuild S.H.I.E.L.D. just as it was, with one guy at the top keeping all the secrets. 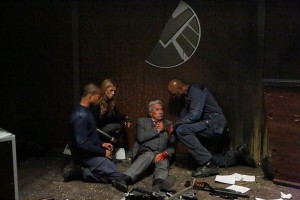 To be perfectly honest, a lot of what Bobbi and Mack stated as their reasons for being loyal to new-S.H.I.E.L.D. made sense, which is good because I don’t want them to be bad guys, but like I said above it does make it kind of confusing. Especially now that Coulson’s hanging out with Hunter. Man, I hate that guy. Okay so I’m definitely not on board with new-S.H.I.E.L.D.’s speciesism, and I don’t really like any of them except Bobbi and Mack, BUT I am as of right now kind of on board with Bobbi and Mack finding someone other than Coulson to run S.H.I.E.L.D., like maybe Maria Hill since she’s actually qualified. (Realistically I know that is not going to happen but let a fangirl dream would you).

Anyway, allegiance issues aside I’m pretty much loving everything that is happening. Skye’s personal superhero origin story continues to be amazing and I’m super excited to see what happens with Gordon and the other InHumans. (Do we think her mom is still alive?) When she took off her gloves and controlled that water I got all giddy on the inside. I’m so proud. Our baby’s all grown up and manipulating vibrations.

Speaking of transformations, what about Simmons? Her journey to the dark side is as compelling as it is heartbreaking. It’s so well done because I am so upset about it but at the same time I understand it. She’s terrified but she’s trying to be tough and she doesn’t know how to do that without controlling the situation completely. And here’s something that both Skye and Fitz have been FORCED to learn, there is no controlling the situation; you just have to make the best of it as it happens. Simmons is going to learn that lesson eventually, I just hope she doesn’t do something irreversible before it happens.