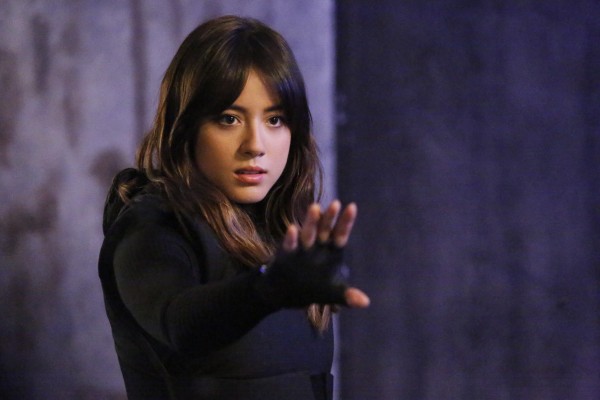 The band was back together again, if only for a brief moment, and it was amazing. Sure, the reasons for using the original team were messy, but it doesn’t really matter because it was worth seeing these characters work together again, especially after so much has changed. There was also the obligatory Avengers: Age of Ultron crossover, which was fine but who cares because our faves were back together, and when this show is good it’s DAMN GOOD! 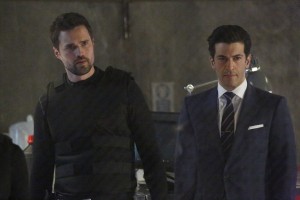 This week on Marvel’s Agents of S.H.I.E.L.D., Coulson convinces Gonzales to let him get the original team back together so they can rescue Mike Peterson and Lincoln from List’s Hydra base. Meanwhile Raina uses her new powers to convince Gorden to take Skye to S.H.I.E.L.D. and then it really is a reunion. Simmons tries to kill Ward and the Bus gets blown up, but it’s a mostly successful mission. Kind of. Finally Coulson calls in the Avengers, via Maria Hill, and everyone lived happily after for like two days until Age of Ultron.

Despite the clunky basis for the team up, this episode was generally great. It’s so great to see how far these characters have come and how their relationships have changed. Especially Ward, who’s disturbing world view is just delightful. By that I mean he’s totally bananas, and honestly I kind of agree with Simmons, it’s probably better for everyone if he gets put down. Everyone except the audience of course, because his unapologetic nice-guy brand of bonkers is so very fun to watch.

Ward’s transformation from boring cliché to engaging psychopath is a perfect example of what this show does well. When Agents of S.H.I.E.L.D. first started, every single character was a cardboard cut-out. There was no depth to them. Sure, they were personable and sometimes said witty things, but mostly they were yawn-worthy. Then Captain America: The Winter Soldier happened and since then S.H.I.E.L.D. has been turning these character clichés on their heads. “The Dirty Half Dozen” showcases that transformation better than any episode to date. 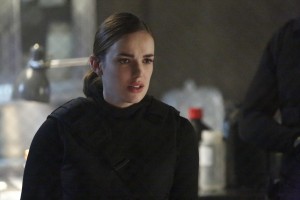 After Ward’s transformation, the most notable is probably Jemma Simmons – and the way she has started straddle the line of good and evil is such a beautifully subversive character arc. If you had asked anyone last year if Simmons would be the one to actively try to kill Ward for his betrayal they probably would have said no. Yet here we are, and it is beautiful to watch, especially the way it works in comparison to Fitz’s journey.

While Ward and Simmons have had the most dramatic transformations, every member of the team has changed significantly in the past year. Coulson and May’s relationship still hasn’t rebuilt the broken trust. Of course Skye’s transformation is truly miraculous, but I’m not talking about her new superpowers. In one of the best action sequences this show has ever done – Kevin Tancharoen just keeps nailing them this season – Skye takes down a room of Hydra agents in one shot. It’s proof that while Skye’s powers are cool, it’s her transformation into full-blown S.H.I.E.L.D. that really shows how far she’s come.

Overall this episode was wonderful. There were some AMAZING action sequences as well as fantastic character moments. The Age of Ultron tie-in elements were noticeable but not intrusive, but we will have to wait until the next episode to find out what the real impact will be. Raina insists that it’s going to change forever but I’ve seen Age of Ultron and I’m not so sure.