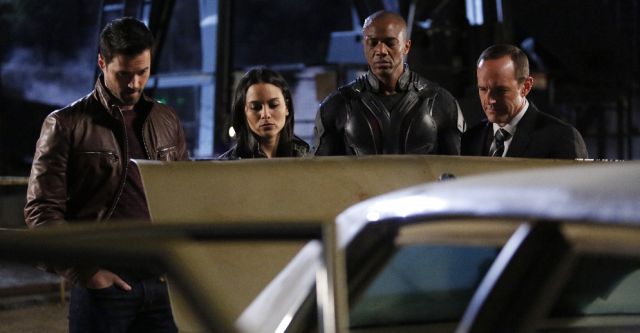 The most recent episode was full of enough twists and turns to give you whiplash. There were also some more name drops in relation to Avengers: Age of Ultron, but ultimately, this episode was really about the twisted pasts and futures of the Agents of SHIELD.

Skye had her family reunion with her parents, and then swanned off to Milwaukee with her dad. It was all a ploy, yes. She ended up returning to the compound, yes. Well, on the plus side Skye finally said her real name in full: Daisy Johnson. I have to say that Jiaying is creeping me out a bit, especially when she said “those people aren’t my concern” in regard to those that Cal hurt. It’s a very Magneto kind of vibe, which is kind of funny since Cal is also very Erik Lensherr (when he went crazy). I think I might have X-Men on the brain for some reason, I have no idea why. Still, Skye ends up calling May, which was a bad call all around. She’s been removed from the politics of SHIELD, so she has no idea that was a massively bad call on her part. What can you do, eh? 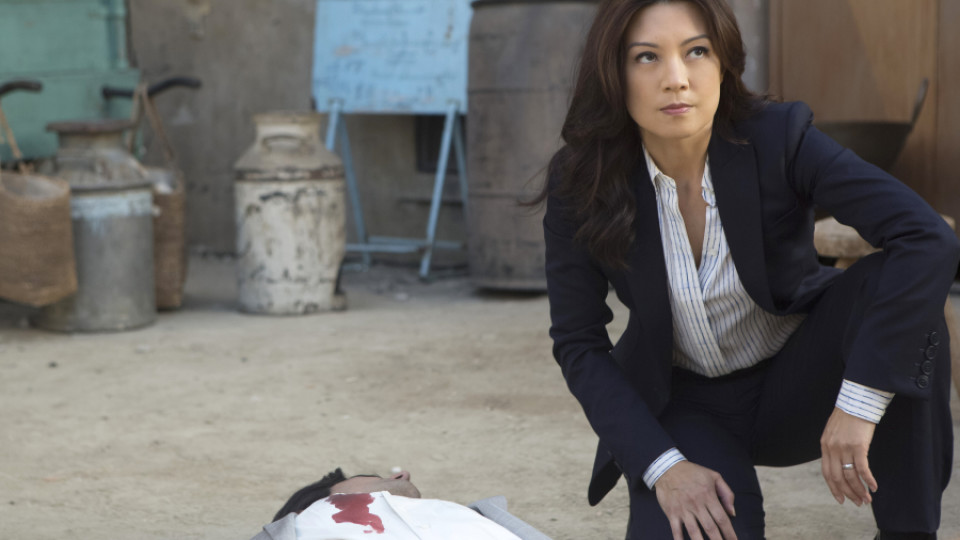 Speaking of Agent May, she is not only tied into one element of Jiaying’s backstory, but we also learned about her moniker “The Calvary”. It kind of sucks that her life seemed to have fallen apart due to what happened in Bahrain, but I don’t think that excuses her behaviour now. In fact, I have no idea how to explain her current behaviour. I really love this character, but I just don’t know what to say now. She betrayed Simmons, which hurt. She has just seemed to shut down completely. Also, I can see why she doesn’t want to be called “The Calvary”. I wouldn’t want to be called that either considering what really happened.

Coulson and Hunter are on the run still, with Mike Peterson as their muscle. It’s really nice to see J. August Richards again. I hope they keep him around as a regular. With him and Lincoln now captured by HYDRA, things remain to be seen. In addition, now that Coulson has turned himself (willingly) over to SHIELD, things might get very interesting. I wonder what his game plan is — most likely to work the system from within. I do hope they’ve kept Fury’s toolbox well hidden in all of this. I would just love Samuel L. Jackson to cameo again to set the record straight, though I’m sure I’m not the only one. 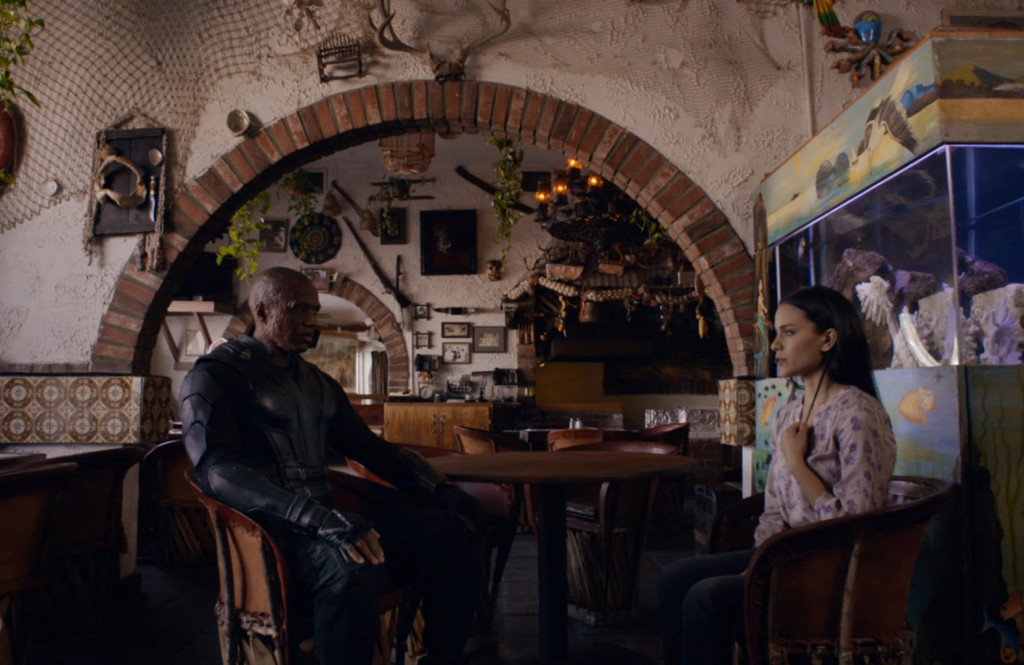 Ward has popped up again with his best gal, Agent 33 (who has her original face back). That kind of hurt when Mike asked if she had a spare mask. Poor guy. Anyway, I know that I’m not on the Ward bandwagon, sorry. I just don’t know how I feel about the guy. He’s good, he’s bad, he’s good. I can understand working from various sides, but yeah, I just don’t like the character. It’s nothing against Brett Dalton, I just have no love for Ward whatsoever. I don’t think he’ll ever be able to redeem what he’s done, most especially to Fitz.

Two other quick things: the fight scene between Bobbi and Mac – awesome. Also, Raina is clairvoyant…interesting. I’m looking forward to seeing where they are going with the storyline. Now that we have another Marvel movie in the cinemas (which many people – not me – have seen already), there are probably some interesting developments on the horizon for the show. It ended on a high note last season storywise. I really hope that they can keep up with that expectation. One last note, Fitz in a suit and glasses is probably my new favourite thing. 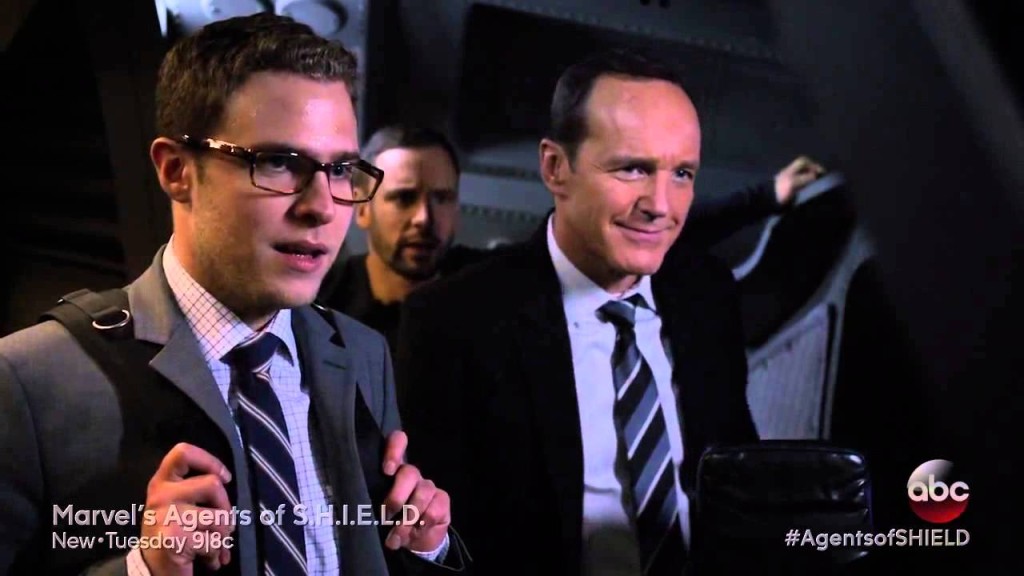