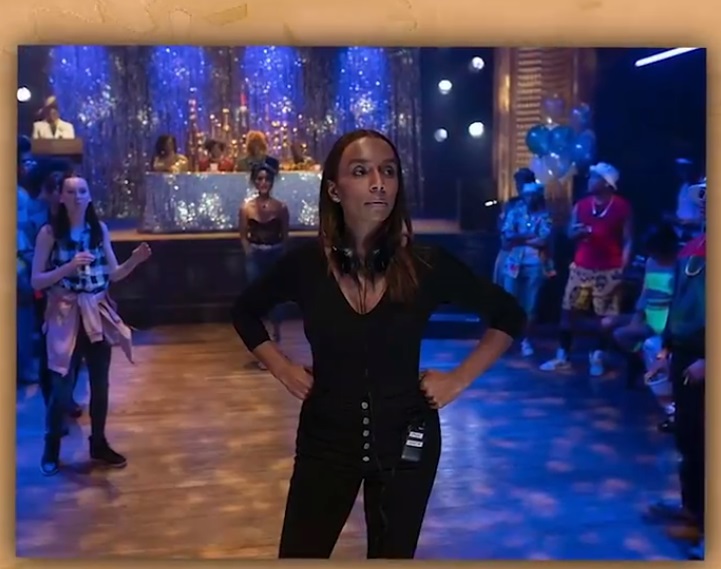 Janet Mock on the set of ‘Pose’ (Image: Screengrab)

In news that made me happy, Janet Mock has signed a historic deal with Netflix as the first out trans woman of color. Mock continues to open numerous doors for queer talent in front and behind the camera.

The new deal for the talented Pose director, producer, and writer is a three-year multimillion-dollar pact. It gives Netflix the exclusive rights to her TV series as well as a first-look option on feature film projects.

Mock, as part of the deal, will serve as an executive producer and director on Hollywood. It is Ryan Murphy’s series for the streaming giant. The deal doesn’t stop Mock from working on the highly enjoyable and groundbreaking queer show Pose on FX.

According to reports, the current deal will allow Mock to tell stories that continue to highlight the queer community, especially trans people of color.

“As someone who grew up in front of the TV screen, whether that was watching talk shows or family sitcoms or VHS films, I never thought that I would be embraced,” said Janet Mock. “And more than embraced. Given not just a seat at the table but a table of my own making.”

She hopes working with Netflix “will be a huge signal boost, industrywide, to empower people and equip them to tell their own stories.”

Today, @JanetMock makes history as the first Black trans woman to establish an overall deal with a major studio.

“…there’s potential to introduce hundreds of millions of viewers to trans people, and showing people who may not understand us, that we can tell our own stories.” pic.twitter.com/nXhaW0STvo

Her projects for the streaming service include a college-set drama about a young trans woman as well as a series about New Orleans after the abolishment of slavery and a reboot of a classic sitcom.

“As a best-selling author, producer, and director, Janet Mock has demonstrated she knows how to bring her vision to thrilling, vivid life,” said Cindy Holland, Netflix VP of original content. “She’s a groundbreaker and creative force who we think will fit right in here at Netflix.”

“For stories about transgender people to be truly real and authentic, trans people need to be behind the camera as well as in front of it,” shared Nick Adams, director of transgender media and representation at GLAAD. “It is truly groundbreaking for Netflix to empower Janet Mock, a trans woman of color, to create and greenlight her own films and TV shows. We can’t wait to see the stories she’ll bring to the screen.”

Are you a fan of Pose? Are you excited about Janet Mock’s Netflix deal? Let us know.