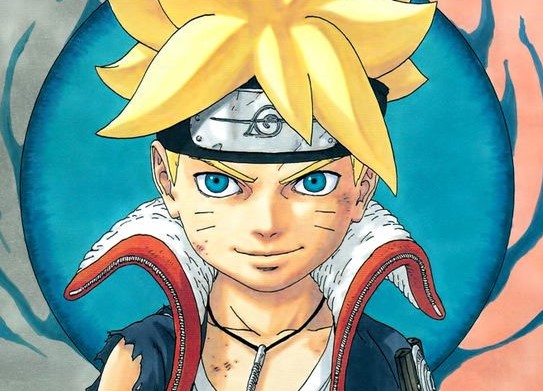 After months of waiting, fans got new content in Boruto Chapter 10: My Story. There are dark times awaiting our young hero.

While “My Story” still occurred within the Boruto: Naruto The Movie timeline, the panels had a lot of new content to set the groundwork for future events. It turns out that due to his Hyuga lineage, Boruto was able to interact with Momoshiki after defeating him. Eyes have always been a major component in the Naruto franchise, so it doesn’t come as a surprise that Boruto has special eyes.

According to Momoshiki, Boruto’s blue eyes will take everything away from him. We got a glimpse of the future in the first issue. So, it’ll be interesting to see how Boruto will grow as a ninja. It’s clear that he isn’t going to let anything keep him down.

There was a lot of foreshadowing in “My Story” and it’s obvious that Boruto is going to gain some incredible powers down the road. I think that he’ll get some sort of Kekki Genkai, something exclusive that occurs when Uzumaki blood mixes with Hyuga blood. Also, the diamond-shaped mark is probably some sort of a cursed seal.

Another interesting thing that occurred was how meta this issue became. There were numerous instances where it was written that the current series is different from its predecessor. I get that it’s hard to make Boruto be its own thing under Naruto’s shadow, but saying that it’s different doesn’t help. The mangakas need to show it instead of telling.

What did you think of Boruto Chapter 10: “My Story”? What powers will he get? Let us know.