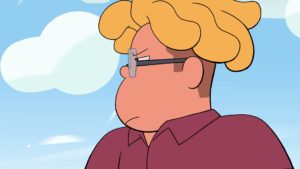 After seeing the “new” Crystal Gems in action a couple weeks ago, Rocknaldo introduces to us another new member of the team — Ronaldo Fryman.

The episode opens with Steven finding Ronaldo giving out pamphlets on the boardwalk. He takes one to read, only to find out that it says a lot of mean stuff about ‘rock people’. He calls Ronaldo out on this because what are described as ‘rock people’ also applies to the Crystal Gems (“Also, don’t say ‘rock people.’ It’s offensive”), which Ronaldo didn’t seem to realize until Steven pointed it out. Good thing, only Steven has actually taken a pamphlet. Ronaldo then goes off, saying he needs time to think about things.

Later, Steven and the Gems are reading Ronaldo’s latest post — saying he’s shutting down his blog for good (again) — only for a new post to pop up a few seconds later. The new post has a video of Ronaldo showing his regret for mixing up what is right and wrong and saying mean things. Sounds good so far. Then he suddenly declares that, in order to make up for all that, he has decided to join the Crystal Gems.

This is, of course, the first time the Gems are hearing about this.

Ronaldo barges into the beach house with his things, seemingly intent to live with them, because hey he’s going to be a Crystal Gem now, too. The Gems seem skeptical about the whole situation, but Steven is very convincing:

Steven: “We’re all different but we love and accept each other. That’s what Crystal Gems do! And isn’t it great that someone is actually interested in what we do?”

They let Ronaldo stay for the time being, and he seems quite enthusiastic about being a part of the Crystal Gems. He shares his ideas with Steven — like choosing ‘Bloodstone’ as his Gem name, and showing off his skills with a sword. All his excitement wanes, however, when the Gems go on a mission and he’s not allowed to come because it’s too dangerous for him. He grows increasingly sarcastic and critical afterwards, about how the Crystal Gems — Steven especially — do things. “A ‘real’ Crystal Gem would show off their gem” this, “a real Crystal Gem wouldn’t need to sleep” that, “Connie’s just here because she’s your girlfriend” et cetera.

It escalates to the point where Steven just snaps at him, “Who are you to tell anyone how to be a Crystal Gem?! You’re just a guy with a blog!” To which, Ronaldo asks him if this is the “love and acceptance” Steven had talked about before, and urges Steven that maybe he is the one who needs to go and rethink stuff.

Steven goes out for a walk, and it takes him about a minute to realize he got duped. He rushes back in and confronts Ronaldo. Yes, the Crystal Gems are all about love and acceptance, but Ronaldo has been mean and unpleasant throughout his stay, which is something Steven simply cannot “love” and “accept.” That, I believe, is a good lesson to address — that being a kind, loving, accepting person doesn’t mean you’ll just let other people walk all over you.

Steven also calls out Ronaldo’s attitude — in that the moment everything wasn’t about him, he just stopped caring:

Steven: “This isn’t the ‘Bloodstone Club’ about making ‘Bloodstone’ feel good! This is my whole life!”

During the confrontation, however, Ronaldo keels over, out cold from the exhaustion of going a week without sleep (because Gems “don’t need sleep”). Garnet, Amethyst, Pearl, and Steven return the sleeping Ronaldo to his family, dropping him off (quite literally) at the Fry Shop. And then they go back to their home.

The next time Steven sees Ronaldo, three weeks have passed. Ronaldo says he spent those weeks doing some real hard thinking. He acknowledges that he had acted like a jerk during his stay with the Gems, and that it seems even among outcasts he still felt left out, so he decided that perhaps it’s better if he works alone.

Steven replies that he was glad when Ronaldo expressed interest in what the Gems do and wanted to help them. Ronaldo says that he still wants to help, and shows Steven the new pamphlet he made, titled: Crystal Gems: Who Are They And How Can We Help?

Now, I usually enjoy Ronaldo episodes for being funny, but I don’t really enjoy Ronaldo as a character. He has always rubbed me the wrong way, and Rocknaldo perfectly illustrates one reason why: he constantly professes himself as an “expert” about certain topics, and yet when confronted with the truth of those topics, he would rather cling to his own oft-misguided ideas than change them. In this case, his knowledge base about Gemkind and the Crystal Gems puffed up his ego so much, that he asserts he knows all about what a “real Crystal Gem” would do even towards Steven — an actual Crystal Gem — to the point of condescension.

Sadly, this parallels so many real life attitudes towards many different things — from race and culture, to sexuality and gender identities, to religious beliefs, and many, many others. “A little knowledge is a dangerous thing” as one quote usually credited to Alexander Pope says, especially when combined with overconfidence and an unwillingness to be open to learn more.

Some additional thoughts and observations: 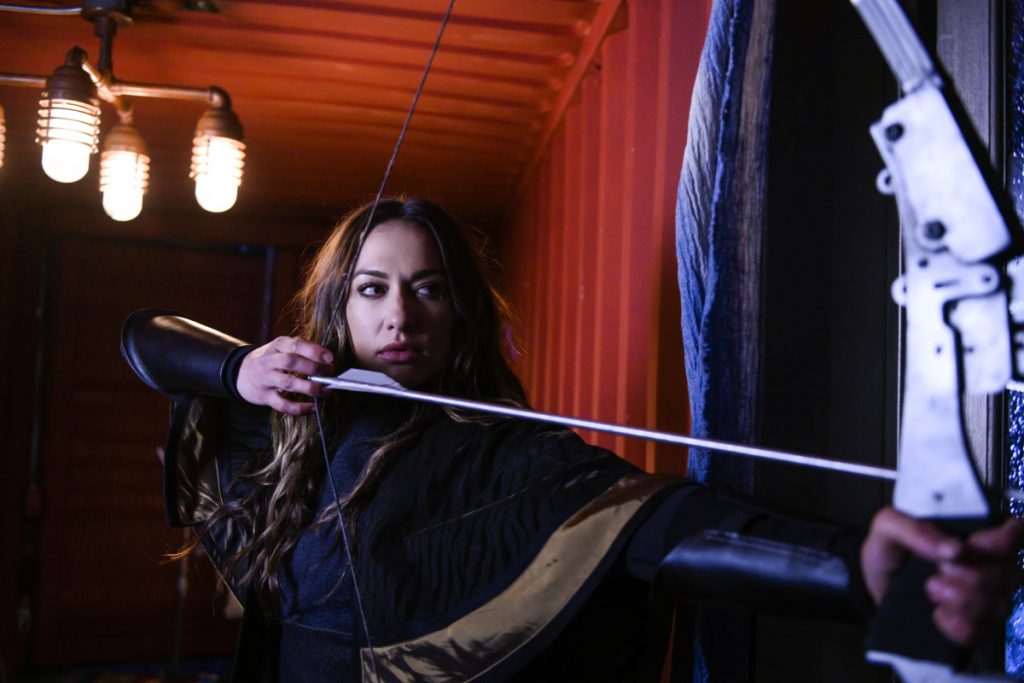