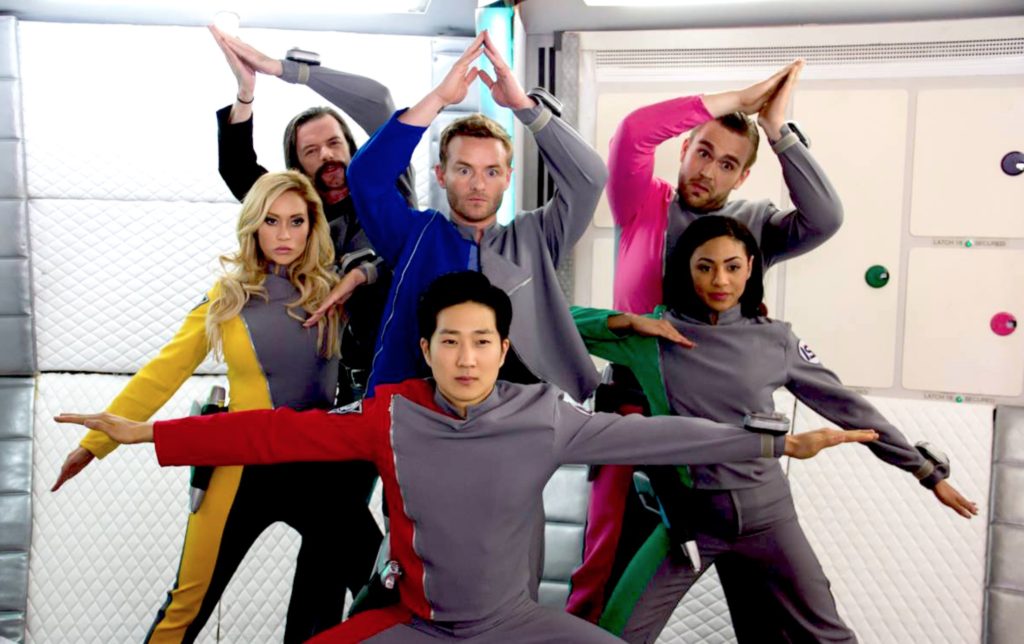 The first episode of Mystic Cosmic Patrol, a parody of the famous Power Rangers series, has premiered on Funny Or Die. It’s available to view for free!

Mystic Cosmic Patrol is described as a team that’s “brave enough to answer the call of the Great Cosmic Algorithm and defend Earth against the Evil Overlordess Rutina.” The series is from Loners & Rebels Motion Pictures. You can go ahead and watch the first seven-minute long episode on Funny Or Die. There’s a male Pink Patrolman in there.

Here’s the official synopsis for the series:

The Mystic Cosmic Patrol series was created and written by Hignight (from Nickelodeon’s Teenage Mutant Ninja Turtles). It was executive produced by Tom Meyer-Klipsch (Out of Print; Back in Time) and Hignight. Chris Wyatt (Napoleon Dynamite, Marvel’s Ultimate Spider-Man), Laura Monaco and Masterson serve as producers. The special effects makeup was developed by Cig Neutron, winner of Face Off: Allstars Season 11.

New episodes of the webseries will be released every Thursday.

Have you watched the premiere yet? Looking forward to more episodes? Feel free to share your thoughts about Mystic Cosmic Patrol with us.