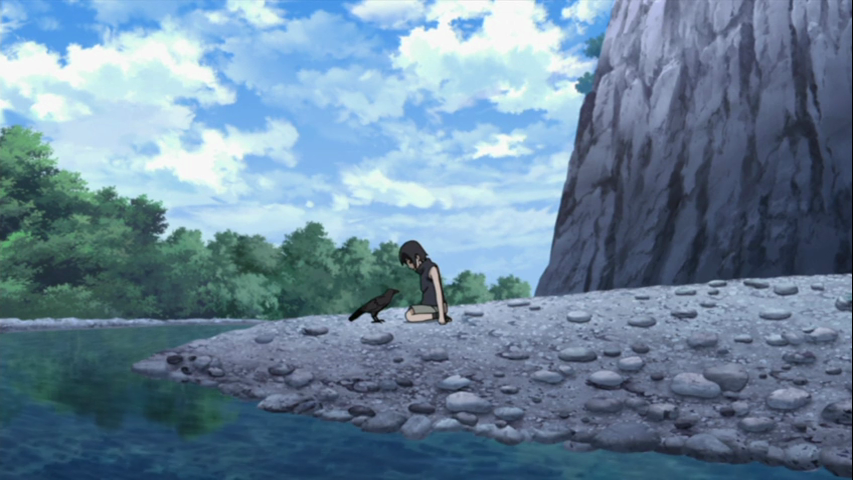 This week’s episode of Naruto Shippuden titled ‘Birth and Death’ marked the start of the Itachi Shinden arc which dug into the famous character’s past, and it was awesome!

I had been wondering how the writers of Naruto Shippuden would handle Itachi Shinden. I wasn’t sure if they would make it a mini spin-off or would try and integrate it in canon. Turns out we got to know about Itachi’s past through Sasuke in ‘Birth and Death’.

After the world got trapped under the ultimate genjutsu only Team 7 remained unaffected due to Sasuke’s Susanoo. We got to see the dream worlds of a lot of characters. I would’ve personally preferred seeing those dreams in filler rather than the atrocity that was Jiraiya Ninja Scrolls. Hinata’s dream was being with Naruto, Kiba was all about becoming Hokage, Shino wanted to discover a new species in the insect kingdom, Gaara wanted to be a kid again and play with a young Naruto, Temari wanted her brothers to value her opinion, and Shikamaru wanted to live in a world where his dad and Asuma were still alive.

All of the dream scenarios made sense with respect to the personalities and goals of the characters we’ve come to know over the years. I greatly enjoyed Ino’s dream that included her father feeling proud about how Sasuke and Sai were fighting over the love of his daughter.

Coming to the major battle, Sasuke belittled both Sakura and Kikashi for thinking they could help defeat Madara. Naruto came to their defense and told Sasuke that both Sakura and Kakashi were far better at coming up with a plan than the annoyed Uchiha. Having read the manga, there are a lot of Sasuke and Sakura interactions coming up and I’m looking forward to how they’ll translate in the anime.

I liked the writer’s decision to connect Itachi Shinden to the battle Sasuke and his brother fought against Kabuto. It helped connect it with canon. ‘Birth and Death’ showed a five year old Itachi being taken to witness the Great Ninja War by his father. Itachi also had to kill a ninja from another nation who tried to kill him without reason.

There was a lot of talk about philosophy in the episode. Itachi tried to find the meaning behind life and death from a very young age. To him it was a cycle. People died, and new life was born. While we didn’t go further into Itachi’s story this week, I’m looking forward to seeing him develop his mind and body over the years and ultimately find his ninja way.

We got some tidbits of information through ‘Birth and Death’. Sasuke was named after the Third Hokage’s father. The Uchiha’s weren’t fond of Kakashi possessing Obit’s Sharingan but they let him keep it because they wanted to stir a conflict so soon after the Great Ninja War.

What did you think of Naruto Shippuden this week? Are you looking forward to seeing more of Itachi Shinden? Let us know!