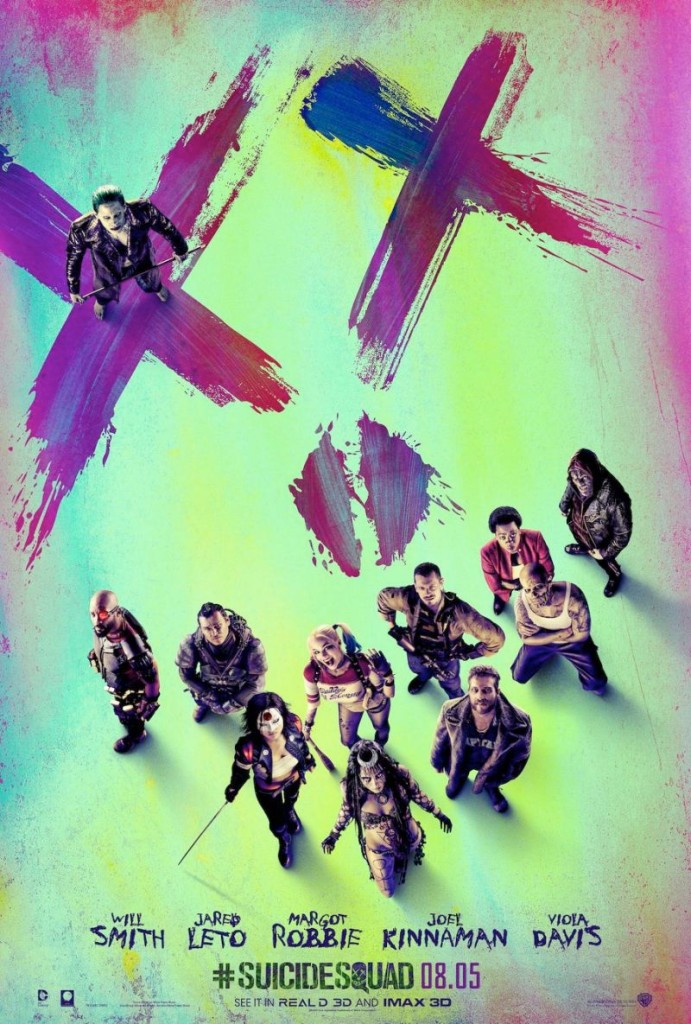 A new trailer for the upcoming Suicide Squad live-action film was released during the MTV Music Awards. The trailer showed new footage to viewers and revealed a bit more about what to expect from a movie that has DC comic book villains as the main leads!

While I didn’t enjoy Batman v. Superman, I am looking forward to Suicide Squad. Warner Bros. latest DC offering BvS felt a bit too dark, and not in a fun way. However, the new trailer for Suicide Squad seems to showcase the perfect amount of dark humor which fans have associated with the starring characters over the years. You can’t make a film about dangerous villains without showing them ready to kill without any guilt and having fun while doing it. Check out the trailer below in which Batman and Joker also make appearances.

While MCU has been doing superhero team movies with the Avengers series, this will be the first similar offering by Warner Bros. before Justice League hits theaters in late 2017.

What is interesting to note is that Suicide Squad features three female characters in the main team, which is a sharp contrast to only having the Black Widow as the sole female team member during The Avengers.  Warner Bros. is also at the forefront at giving audiences a solo female superhero film with Wonder Woman next year, something which the MCU hasn’t been able to do yet.

While MCU films are (arguably) more entertaining than what Warner Bros. have released, WB does get points for investing in female characters in the largely male-dominated action film genre. Not only that, Suicide Squad has main team members belonging to different racial backgrounds. They also get their orders from Amanda Waller (Viola Davis), who is a black female and a force to be reckoned in the DC comic book universe even though she doesn’t have any super powers.

Suicide Squad has some much needed representation working in its favor. Let’s see if the movie can actually deliver when it hits theaters on August 5, 2016 in the U.S.

Are you excited for Suicide Squad? Who is your favorite team member? Let us know!