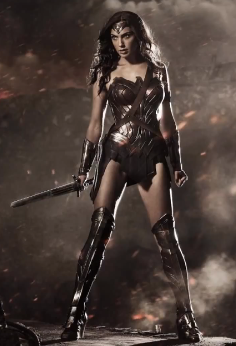 Warner Bros. has finally revealed the release dates for two of its upcoming DC comic book based films: Justice League – Part One and Wonder Woman.

According to Deadline, Justice League: Part One will be released on the 17th November, 2017. The studio has also released the first concept art for the film. Justice League is a big event film, similar to MCU’s Avengers, and will feature Superman, Batman, Wonder Woman, The Flash, Aquaman, and Cyborg. All of these characters will also make appearances in Batman vs. Superman which will hit theaters this year on March 25th.

Before the release of Justice League, fans will get to see Gal Gadot play the iconic role of Wonder Woman in the character’s solo-film set to be released on June 23, 2017. Warner Bros. is certainly paving the way for female led solo films in their combined DC Cinematic Universe. This is a sharp contrast to MCU’s Black Widow who has no solo-film in development despite numerous appearances.

The Marvel Cinematic Universe has announced a Captain Marvel solo-film to be in development, with a tentative release date of 2018.

I am excited to see how Wonder Woman fares in theaters. Films like Star Wars: The Force Awakens have shown that fans are more than okay with female leads. So, fingers crossed viewers feel the same about Wonder Woman.

Warner Bros. also released the first footage for the film and it is clear that they have faith in the project’s new director Patty Jenkins.

For those of you who might not know, the project initially had Michelle MacLaren as the director. However, she left due to creative differences. Sources close to the project say Warner Bros. wanted a character driven film, and not an action heavy film that MacLaren had envisioned.

Warner Bors. also has other DC comic book based films in the works.

What are your thoughts regarding the upcoming Wonder Woman solo film? Are you excited to see her in Batman vs. Superman this year? Let us know.