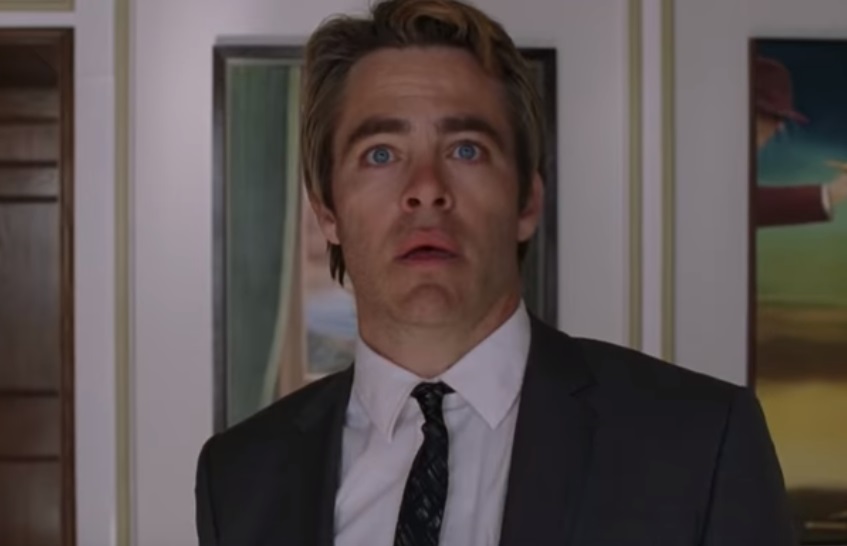 Chris Pine as Jay Singletary in I Am the Night (Image: Screengrab)

Director Patty Jenkins’ (Wonder Woman, Monster) highly-anticipated limited suspense drama on TNT, I Am the Night, starring Chris Pine, premieres Monday, January 28, at 9 p.m. I can’t wait for everyone to watch it!

(Update Jan 7, 2019: We wrote the premiere date for the Root of Evil Podcast wrong due to the press release we initially received. We have corrected the date.)

I’m going to begin by saying I was provided screeners for the first five episodes of I Am the Night. The show is amazing! I hope everyone decides to experience it come January 28, 2019.

Written by Sam Sheridan and inspired by true events, I Am the Night tells the gripping story of Fauna Hodel (India Eisley), a teenage girl who is given away at birth, and grows up outside of Reno, Nevada.

Fauna lives more-or-less comfortably with the mysteries of her origin, until one day she makes a discovery that leads her to question everything. As Fauna begins to investigate the secrets of her past, she meets a ruined reporter (Pine), haunted by the case that undid him. Together they follow a sinister trail that swirls ever closer to an infamous Los Angeles gynecologist, Dr. George Hodel (Jefferson Mays ), a man involved in some of Hollywood’s darkest debauchery, and possibly, its most infamous unsolved crime.

The entire cast is incredible, but if I were to select only one (which is tough to do), I would say Golden Brooks as Jimmy Lee deserves all the awards!

Also, this show has strengthened my desire to see Chris Pine as a Drag Queen. There is just something about his gorgeous face.

Jenkins directs I Am the Night. The series is produced by Turner’s Studio T, with Jenkins, Michael Sugar, Pine and Sheridan serving as executive producers. Carl Franklin and Victoria Mahoney (Claws) each direct two episodes.

In related content, Root of Evil: The True Story of the Hodel Family and the Black Dahlia Podcast will premiere February 13, 2019, on Apple Podcasts and More.

As for the details, TNT and Cadence13 will release the eight-part podcast documentary series which serves as a companion to the upcoming six-episode suspense drama. Premiering on Wednesday, it joins Turner Podcast Network’s portfolio of podcasts available on Apple Podcasts and many other podcast platforms.

Root of Evil, executive produced by Emmy® award-winner Zak Levitt, EVP of Documentary Contentat Cadence13, is the Hodel family’s story in their own words, a behind-the-scenes revelation of their family’s crimes, secrets and multi-generational struggles carrying the Hodel name. Family members will open up and share their own psychological traumas and perspectives on their ties to Hollywood’s notorious Black Dahlia murder.

Yvette Gentile and Rasha Pecoraro, daughters of Fauna Hodel, host the podcast series in first-person, telling their family’s sprawling story together with other Hodel brothers, sisters, aunts and uncles. This is the first time they have opened up to publicly share their experiences of the family’s dark history with a story that spans generations, including their connection to the infamous Black Dahlia murder.

Y’all, TNT is where it is at when it comes to some of my favorite shows! I Am the Night joins The Alienist as part of the network’s Suspense Collection. I also highly recommend you watch Animal Kingdom and Claws.