Penny Dreadful 3×5 Review: This World Is Our Hell 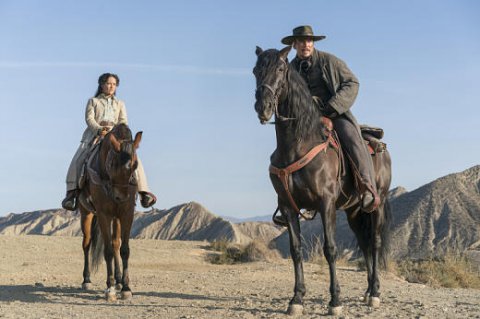 Dreadfuls, I did not like this episode. Besides the fact that we got zero Vanessa, “This World Is Our Hell” was disappointing in several ways. What the writers are doing with Ethan this season is not great, and that came to a head in this episode.

Here’s the deal: Penny Dreadful, aside from the literary horror that it is at face value, is an editorial on the good and evil that lives inside all of us and portrays that struggle. We want all of our main Dreadfuls to be good, or at least moving in the direction of good, but Ethan’s story has stalled in season three and therefore they have decided to make him evil. I do not like this. Ethan’s struggle between the two has always been the most intriguing because the wolf seems to be a part of him that he is reluctant about it; he doesn’t embrace the wolf and would rather just be a normal human. Unfortunately in “This World Is Our Hell” Ethan fully embraced the dark side, likely due to some sweet talking from Hecate.

Here is the thing about Ethan that I have always liked: he is hope. Even though he has this deeply murderous and dark side to him, his human side makes him good. I just can’t see him all of a sudden embracing the evil. Hecate isn’t that good, she can’t even summon water! What kind of useful witch can speak with Lucifer and make deadly snakes appear but can’t create water to keep her and their horses alive? To me, that was the most eyeroll-inducing part of the episode. I am angry at the turn of events for Ethan, but I just think Hecate is a plot device at this point. I actually really liked Hecate last season, and I liked the dynamic that she brought to Ethan’s story. In this season, though, it is clear that they wanted Ethan to take a sharp turn, and since it was so uncharac 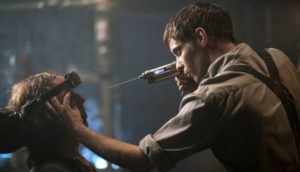 teristic, it obviously had to be because of her. I am just so upset with this turn of events that I kind of zoned out for his story. Learning about his betrayal of his family was graphic and heartbreaking, but really, I just don’t care. Ethan clearly doesn’t care, and I doubt that he will be atoning any time soon.

The only other story we got this week was a little tiny bit of Victor and Henry back in London. (I would talk more about Sir Malcolm and the marshalls, but again, just don’t care right now.) Henry has allowed Victor to put his own personal spin on the personality serum, and it seemed to work! Electricity was the secret ingredient, and since our lab rat had no memory of what happened prior to the serum, it does look like Victor might get his ideal version of Lily back–if she will submit. Frankly, I feel like Victor’s story has stalled out a bit; I am going to need him to permanently take down Mr. Hyde or something–if we ever get to see him!

Overally, I felt like this was a filler episode. I think the writers think they are doing some fan service with evil Ethan, but we want Ethan to be good! So if we could get rid of Hecate and return Sir Malcolm and Ethan back to London ASAP, that would be great.

Previous:Orphan Black 4×7 Review: The Antisocialism of Sex
Next: “The Death Cure” Gets Pushed Back — What Does It Mean?