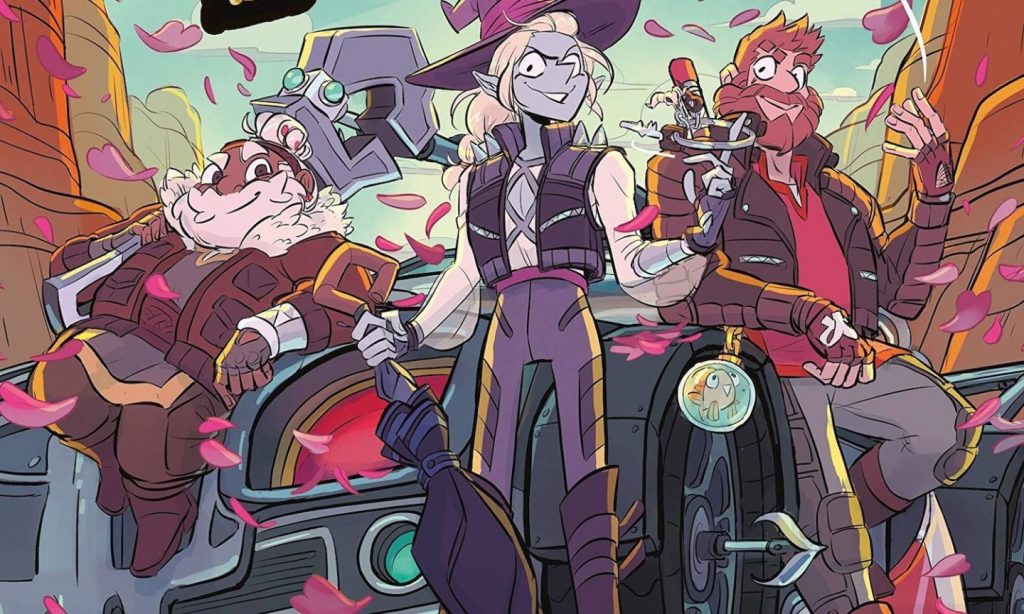 The newest addition to The Adventure Zone graphic novel series has crossed the finish line in my heart and effortlessly drifted into first place. Petals to the Metal is packed with fantastical wagon races, emotional overtones, Garyl the binicorn, and a beautiful queer romance.

As the third graphic novel adaptation of a seven arc podcast, Petals to the Metal is the arc widely considered to be the turning point of narrative tone in the – mostly goofy – podcast. While jokes and japes never truly leave, fans of The Adventure Zone know the deeply felt emotions that the later arcs bring – and the newest graphic novel does an incredible job at preparing the reader for the big swings that will eventually happen – and those that are already shaping the narrative.

The graphic novels have always had the benefit of a completely finished narrative to look back on, and that has never been more obvious than in the most recent adaptation. In its time, the Petals arc was one that received the most criticism due to falling into the “Bury Your Gays” trope. As the first romance in a series created by straight men, Griffin McElroy recognized his part in inadvertently playing into the trope he hadn’t realized existed, and later “unburied” his gays in the finale of the series.

Hurley and Sloane are at the center of the love story in question – the detective and the criminal who fell in love despite the odds. It’s a sweet love story between two women – one who becomes corrupted by the thrall of a powerful magical object, and the other who sacrifices her own life to pull her back.

Instead of ending on the heroic tragedy in the same way the podcast does, the readers have the benefit of ending on the hopeful note that was written into the finale of the podcast in a way that feels natural and earned. It’s more than just an edit, it’s an apology to the original audience. It truly feels like a lot of thought was put into how to stay true to the original story while also learning from past mistakes – and it works.

Not only do we get a happier ending, the graphic novel lets us see Hurley and Sloane’s love story in a way we never get to experience on the podcast. One of the joys of a graphic novel is getting to actually see the flashbacks of their experiences during what would normally just have been an audio monologue. We see their first meeting, their back-and-forth, their rivalry-turned-friendship, their first kiss – all heart-melting panels that deliver something unique that just wasn’t able to be felt in the podcast format.

While the narrative foresight helps fix past mistakes, it also helps create future tension. Petals to the Metal pulls out all of the stops in setting up the mystery of the red robes, the ethereal eyes, and the questioning of the trust of pillar characters. They’ve layered beautiful quotes over images that will one day be heart wrenching to those who don’t yet know the story. They have taken absolute advantage of the new visual medium.

Griffin McElroy is famous for using cinematic direction in his narrative, but getting to see the full extent of the visual storytelling added a whole new layer to the Petals to the Metal arc that I’m thrilled I got to experience. Carey Pietsch’s vibrant and engaging art style perfectly matches the tone and the events of the novel and I can only imagine the mental fortitude it took to keep track of all of those battlewagons.

It seems to me that every graphic novel in The Adventure Zone series keeps getting better and better, and I’m only too happy to be along for the ride. 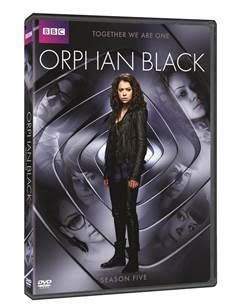 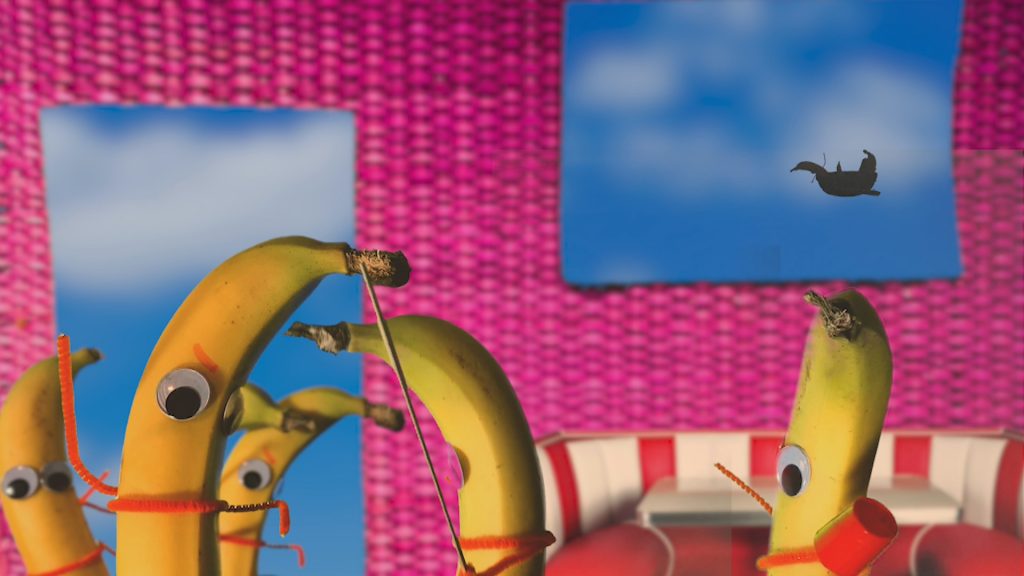