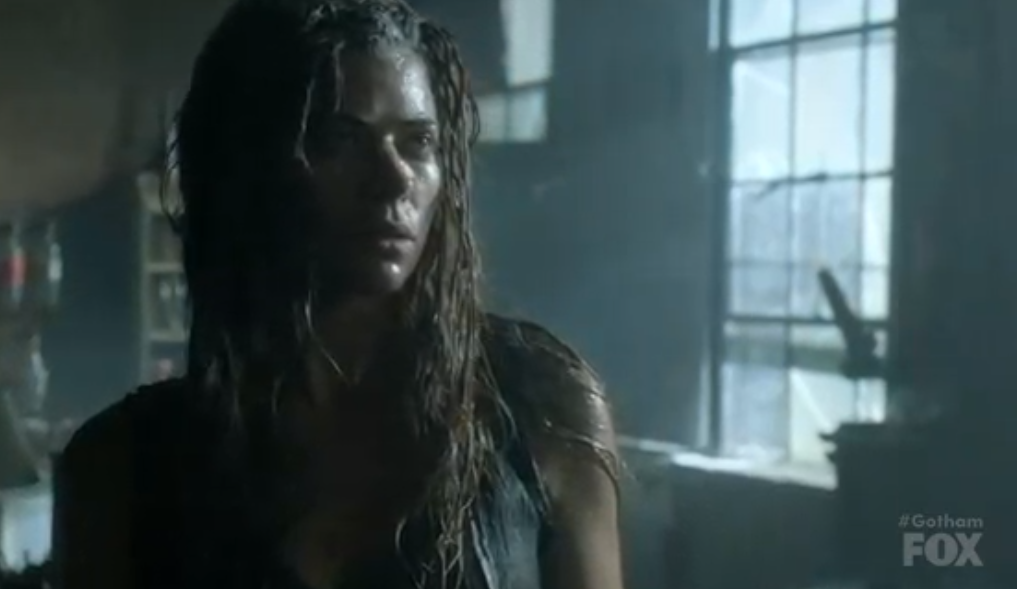 Ivy in Gotham Season 4 ‘Pieces of a Broken Mirror’

Gotham season 4 returned this week with its midseason premiere, titled ‘Pieces of a Broken Mirror.’ While I’m glad Gotham is back, I do think the writers could’ve done a bit more.

‘Pieces of a Broken Mirror’ didn’t feel like a midseason premiere to me. Yes, it showed what some of the characters had been up to since the midseason finale, but it didn’t have much of an impact for me. The little Alfred-focused story felt out of place and unnecessary. There was no reason for the show to introduce and then kill a new female character just because the writers wanted to give Alfred some screentime and have him interact with both Gordon and Harvey. Do better, Gotham. Do better!

Baby Bruce is still partying with his friends and I’m unable to care. It would’ve been one thing if the show was going to ruin Baby Bruce and make him a different version of Batman. However, we all know little Wayne isn’t going to turn into an actual bad guy. So, why bother showing him partying his time away and not caring about Alfred when we know he’ll come back to his normal self soon? I know he’s dealing with emotional issues, but get over them already!

The two characters that made things interesting for me in ‘Pieces of a Broken Mirror’ were Nygma and the reborn Ivy. I’m looking forward to seeing Nygma battle his Riddler persona. It’s not something we haven’t seen before. However, this time his actions are probably going to affect Lee and Butch, and I want to know how.

As for Ivy, I like the latest version of her (played by Peyton List). While she still acted like a child in some of the scenes, she did come across as more determined than before. She also exhibited some new powers, and I hope the show decides to explore them more.

Like I said, the midseason premiere didn’t have much of an impact. Not a lot happened for me to write about. Judging by next week’s preview, I hope that’ll change and Gotham will go back to being a crazy show.

What did you think Gotham this week? Did you enjoy watching ‘Pieces of a Broken Mirror’? Let us know.