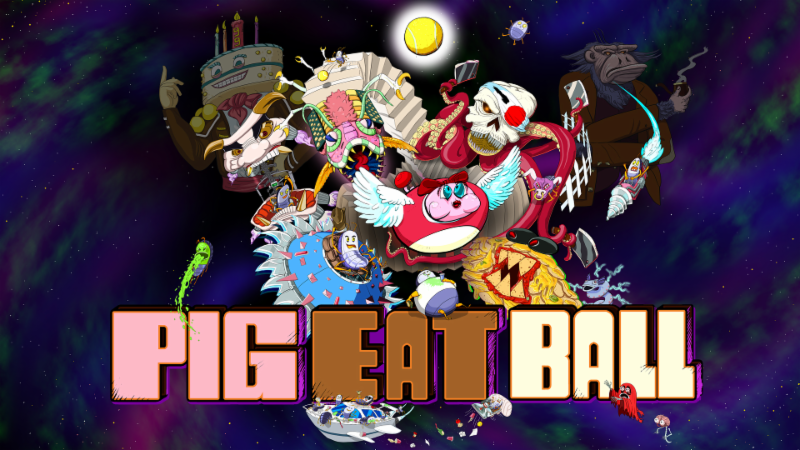 Pig Eat Ball has been described as “an insane 2D action puzzle adventure about eating, getting fat, and barfing on things.” The title features more than 200 “handmade stages, tremendous boss battles, and neo-arcade gameplay.”

“Consoles are the natural habitat of Pig Eat Ball, and we took special measures to craft these versions,” said Nathan Fouts, CEO at Mommy’s Best Games. “Imagine all your arcade-action nostalgia accreted together into some sort of mutagenetic gameplay blob, and then we inserted that blob into your favorite digital store.”

You can go ahead and pre-order the game on the Nintendo eShop. It will soon be available for pre-order on the Microsoft Store as well. The game was originally launched on Steam (PC, Mac, and Linux) in September 2018 “to great reviews.”

As for Mommy’s Best Games, Inc., it’s a “boutique video game developer founded in 2007 by industry veteran Nathan Fouts. All of their games have mold-breaking, wild, new, instant gameplay.”

Previous:There Are Two New Disney Subscription Boxes If You Need More Mouse In Your House
Next: Online Survival Shooter “DayZ” Coming to PS4 and Xbox One Retail Next Month!