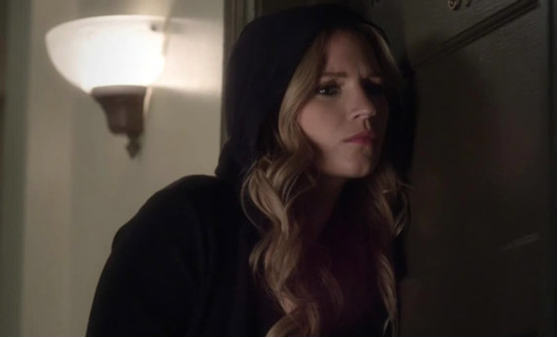 I have spent the past several years entranced by Pretty Little Liars. I am not usually one to commit to a teen drama since I am definitely outside of the target demographic, but I found the mysteries to be a bit thrilling, the fashions to be eye-catching, and the characters (particularly Hanna) pretty fun to watch. I went through every hiatus counting down the days to see what pain the Liars would go through at the hands of A, and of course, speculating who A might be. Last night, during the season six finale, we were finally treated to who “Big A” is, as they revealed the identity and gave a glimpse into A’s motivations.

THIS POST CONTAINS MAJOR SPOILERS ABOUT PRETTY LITTLE LIARS! Do not read if you are not caught up on season six.

I knew CeCe Drake was going to be involved, so the reveal of her being A was not that shocking to me. What was shocking, however, was the odd choice to make CeCe the transgender sister of Alison. Let me first say that using transgender as a plot device is not okay, and in this situation and context (particularly that it is a teen drama), it is especially troubling. It was clear from the reveal that CeCe blamed all of her problems on the fact that she was transgender, and that is not a positive message to send to young people.

I am personally so thankful that transgender has become such a talking point as of late. It used to be a very taboo topic that probably most people did not feel comfortable talking about, and with transgender issues being a focus of mainstream media as of late, particularly with Laverne Cox, Caitlyn Jenner, and Jamie Clayton becoming household names, it is a pleasure to see more people opening up. Unfortunately, I think that the writers for Pretty Little Liars decided to capitalize on that momentum and use it as a narrative for all the wrong reasons.

The strange choice to make CeCe transgender, though, was not included as a necessity to the narrative; it was added only for shock value. And this is where I have a problem. One of the things that makes Pretty Little Liars so addictive as a viewer is just how ruthless A can be to the Liars and their friends and families. Having A revealed as someone close to the Liars is shocking enough, and having A as a sibling to one of the protagonists is even more so. But why make her transgender? Was it to make everything seem more awkward? Was it to make us sympathize with CeCe? No, it was simply added as a plot device to throw us off the Charles trail.

When it was revealed to us at the end of season five that Charles was A, I remember thinking, “Who the heck is Charles and why would he matter to us?” It was immediately insinuated that Charles was a sibling to Alison and Jason, but it still didn’t make any sense as to why an estranged sibling, neglected or not, would be so ruthless. In fact, in the Charles flashbacks, I saw no indication of why he would grow into being such a terrible person. Additionally, I would have been okay with the clear reveal of Charles being Ali’s brother and A, but instead the writers had to lead back to CeCe. The only way for Charles and CeCe to be the same person was if there were a gender change.

Here’s the worst part: the writers decided to use Charles’ gender identity and subsequent issues with his parents as the fuel to legitimize all of the horrible things that A ended up doing to the Liars and their friends and families. This is the worst. A is not the type of villain that we are supposed to sympathize with; this is someone who tortured teenagers, committed murder, and ruined countless lives. I found Charles’ journey to be incredibly heartbreaking, and not one that would even come close to legitimizing all of the evil A deeds. I wanted the A reveal to be campy, just like the show. A has become so insane with so many twists and turns that I wanted the reveal to be a real-life, mustache-twirling baddie. Instead, we were left were a terribly drawn out conclusion that makes absolutely no narrative sense. It is one thing if the show made A crazy and transgender, but the way that the story played out, the writers seemed to show that A was crazy because she was transgender, and that at least one parent could not accept it.

Another issue that the reveal glossed over is that CeCe and Jason used to date. So not only are we needlessly making A transgender, but also we had to endure the thought of a glamorized incestuous relationship (one that CeCe knew about, but where Jason was an ignorant participant). In the overall story arc of things that are not okay under any circumstance, unknowing incest is probably the worst. Again, this is one of those instances that the writers had to scramble to make details work for the arc. It was one thing for Jason to date a classmate, but to be dating his trans sister? It just doesn’t make any sense!

Unfortunately, the trope used in this plot line is one that is too often used in trans representation: the fact that CeCe is trans makes her psychopathic and deviant. We can tell by CeCe’s choices to date her brother, psychologically torture her mother, and subsequently become A in all of her glory that she is a psychopath. Unfortunately, we just did not see enough pain in her past to legitimize the choices that she made. Because of that, the writers need for us to assume that her trans identity is what caused her pain, and that is how the blanks are filled in.

On the other hand, I do have to commend the writers for the way that they wrote the reaction of the Liars to this news, which to them was basically a non-issue. The Liars did not seem to react in a way that they thought CeCe did what she did because she was trans. This is good news because at least in the universe context, they were not fussed at a transgender woman, and in fact, that was the one piece of the reveal that seemed to make the Liars humanize A. They seemed to sympathize with CeCe’s past, which is very positive for a trans narrative, but absolutely does not fit anywhere in the A-reveal narrative. The Liars should HATE A for all of the terrible things done to them, and now they just…don’t. And that is unfortunate after sitting through six seasons of torture.

Overall, the continuity of plot on this show is really what killed it, and the fact that the writers felt that making A transgender was the only way to make everything fit together is a bit offensive and lazy. Even though I felt that CeCe was probably involved in the A arc all along, it would have made more narrative sense for A to be just about anyone else. While I commend the show for a seemingly well-intentioned, socially progressive reveal, it is clear that it was done so for dramatic effect and promoting trans trope rather than assisting the narrative. 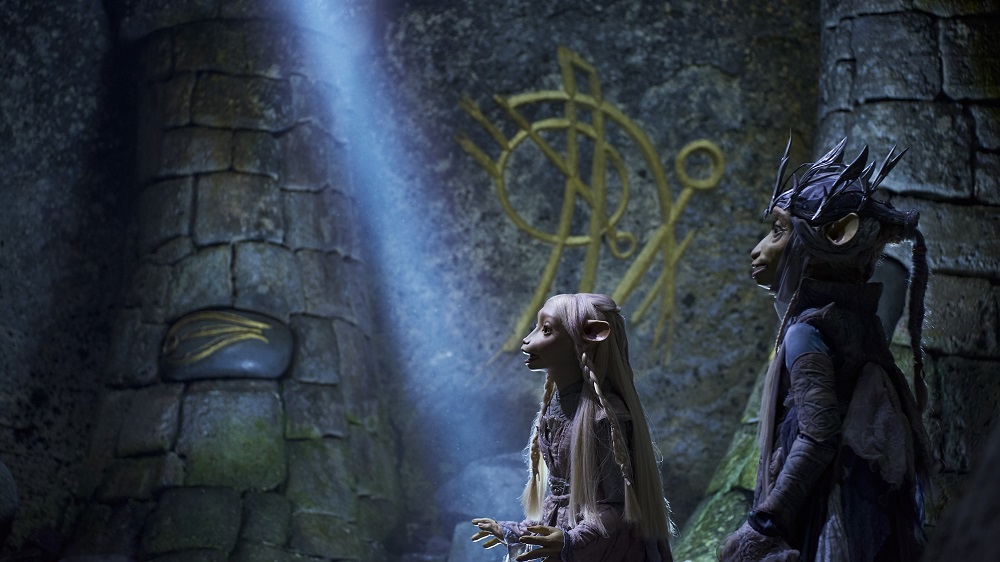 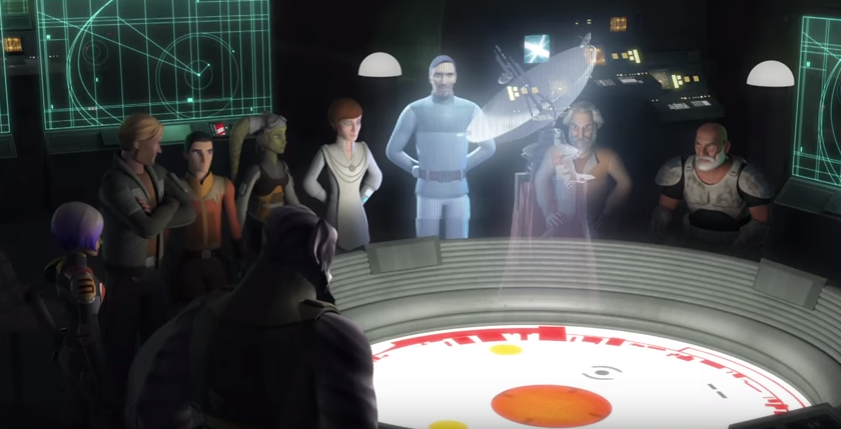 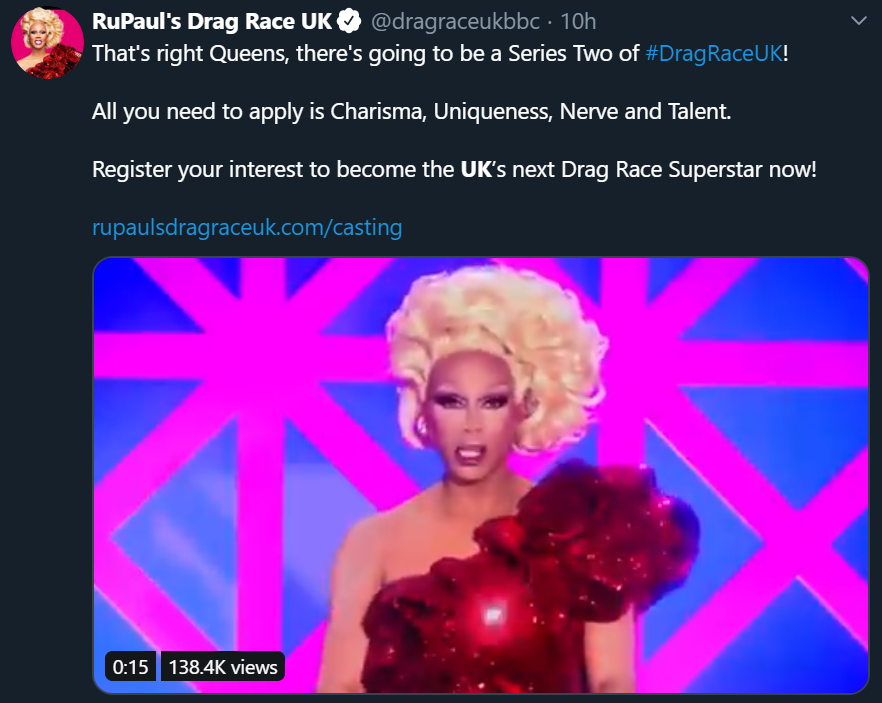