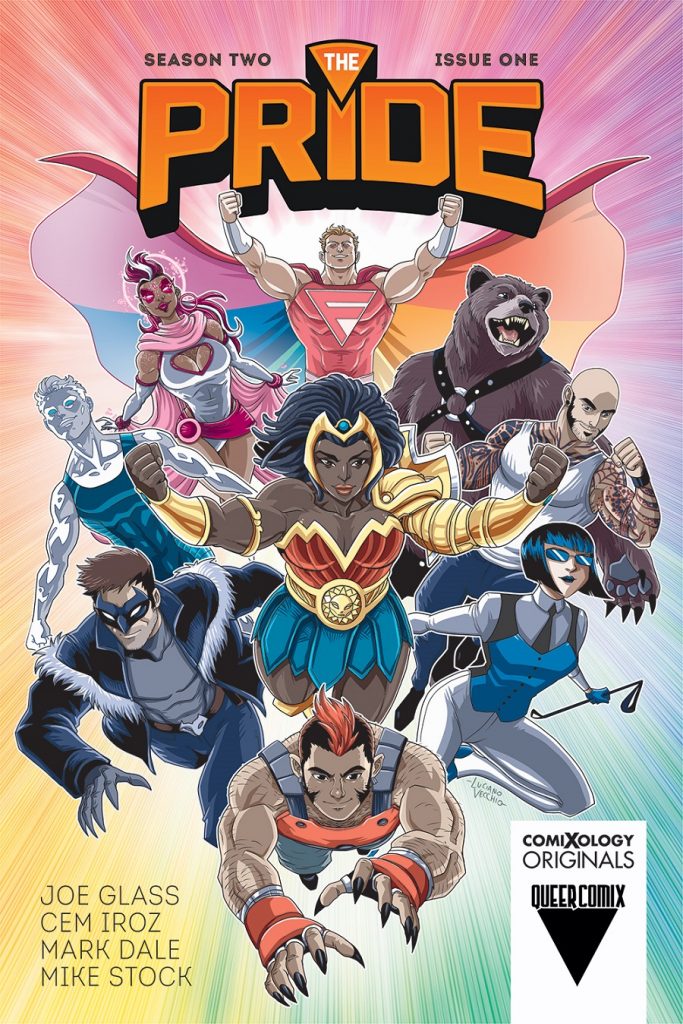 Today, comiXology and Queer Comix announced the release of The Pride Season Two. It is an all-new, six-issue comic book series spinning out of writer Joe Glass’s acclaimed LGBTQ+ superhero series The Pride. The story will debut on June 5, 2019, as part of the comiXology Originals program, just in time for Pride month.

The Pride Season Two #1, written by Joe Glass and illustrated by Cem Iroz with colors by Mark Dale and letters by Mike Stock, as well as The Pride Season One and The Pride Adventures Season One will be digitally available to read for members of Prime Reading, Kindle Unlimited, and comiXology Unlimited, and available for purchase on Kindle and comiXology upon release come June 5, 2019.

All of The Pride will be available in print via Amazon at the same time as The Pride Season Two collected edition release.

In The Pride Season Two, you’ll join an amazing cast of heroes who united to form a team comprised entirely of LGBTQ+ crime fighters in bright and fun action-packed adventures that any superhero fan can enjoy. The team returns with exciting new adventures where they must stop a nuclear meltdown, welcome new heroes, and investigate a spate of mysterious attacks on the world’s biggest pop star.

“I began The Pride because I want to tell stories where queer characters and stories are not only told through metaphor, analogy, and subtext but are open, accessible and show a diversity of life not usually seen in the medium,” shared writer Joe Glass.

“We’ve been big fans of The Pride since it debuted through comiXology Submit in 2014,” said Chip Mosher, comiXology’s Head of Content. “We are excited about the future of The Pride and so have taken steps to invest in it and have it continue as a comiXology Originals title. It’s fantastic to be able to pick up a series that debuted on Submit and help extend its reach to a broader worldwide audience.” 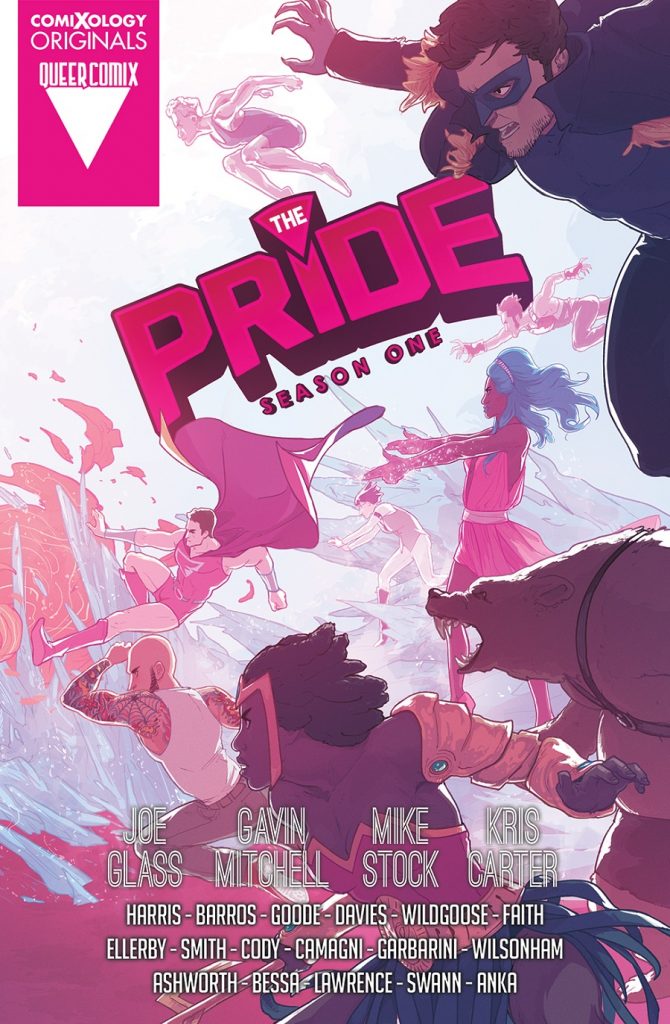 The Pride Season One (Image: PR)

In a world populated by people with superpowers, FabMan (Tomorrow’s Fabulous Man, Today) feels a deep schism in the representation of his community and his own heroic exploits, which are often presented as fluff pieces in the news. Wanting to fight for change, he forms The Pride, the world’s premier LGBTQ+ supergroup – featuring a diverse range of characters representative of the broad LGBTQ+ spectrum, from gay, lesbian, bi and trans superheroes to non-binary, drag queen, HIV+, children of gay parents, and more. Together they fight to protect the world from prejudice, misrepresentation, and injustice, not to mention a pesky supervillain or two!

The Pride was one of the best-selling comiXology Submit releases of 2014, garnering acclaim from noted comic book writers.

“I highly recommend this smart, charming, wonderful book to anyone who likes good comics. It’s absolutely a pleasure to read and a clear labor of love,” said Gail Simone (whom we love at The Geekiary).

Previous:Geekiary News Briefs! Godzilla Flops? Russo Brothers on “Magic: The Gathering” and More!
Next: Only 3 More Chapters Left in Shokugeki no Soma Manga