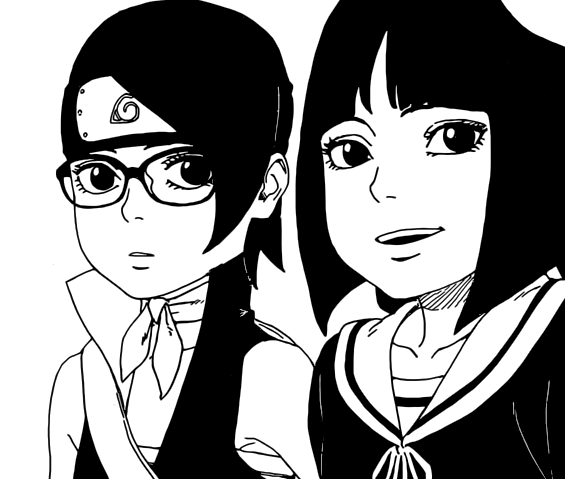 This month’s manga issue of Boruto: Naruto Next Generations revealed Konohamaru’s fate. While ‘Puppets’ didn’t offer much plot-wise, it still had some cool action panels.

I’ve been looking forward to an action-filled manga issue ever since it showed Konohamaru in danger. While we didn’t get an epic battle sequence in ‘Puppets,’ we did get to see Boruto, Salad, Mitsuki, and even Katasuke take on a new kind of enemy.

Boruto: Naruto Next Generations has been introducing a lot of technology. While there are a number of fans who aren’t into ninjas using advanced technology, it makes sense for the fictional world to progress in such a manner. Boruto and the rest of the kids live in an age where science is a big part of their lives. With technology being used to create powerful weapons, it’ll be interesting to see how ninjas will be able to stay relevant in the changing world.

‘Puppets’ opened with Boruto and his team getting ready to search for Konohamaru. I was surprised to see Katasuke wearing some sort of battle suit. I was even more surprised how ‘Puppets’ had Sumire blatantly ask Salad about her feelings for Boruto. I’m all for shipping characters. However, Sumire’s confession about being interested in Boruto kind of came out of nowhere. Perhaps we’ll get a better understanding of her feelings in the anime series?

Anyway, after reaching the location where the giant blimp crashed, Boruto and his team get surrounded by puppets. At first, I thought they were the kind we’ve seen numerous times in Naruto. However, Boruto and co. soon ended up facing robots instead of traditional chakra-controlled puppets. And while the kids were able to perform ninjutsu, the enemy proved to be too strong. It wasn’t until Katasuke decided to overheat the robots that the kids were able to claim a victory.

I don’t know about you, but I was glad to see Konohamaru alive and uninjured. I’m not sure what’ll happen to him in the next chapter. However, I have my fingers crossed that he’s able to come out breathing after the inevitable battle with Ao.

What did you think of Boruto: Naruto Next Generations manga issue 19 ‘Puppets’? Let us know.